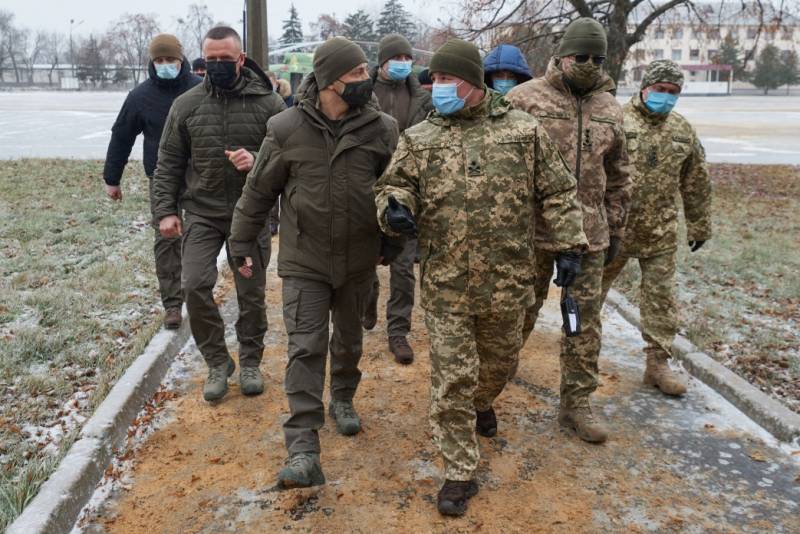 President of Ukraine Volodymyr Zelenskyy approved yesterday the NSDC decision "On Ukraine's Military Security Strategy", adopted on the same day. In it, among other things, it is reported that in Ukraine they actually want to abolish military service once again and begin to form the personnel of the Armed Forces of Ukraine exclusively at the expense of contract soldiers.


Zelensky's decree, which says this, was published on the official website of the President of Ukraine.

Given the fact that there are not many people willing to go to serve in Ukraine, one should expect that Zelensky will be accused of “zrada”. Even taking into account the fact that conscripts are not sent to war, for some reason they are not eager to join the army. For example, in the fall of 2018, only every 12th conscript appeared on the summons to the military registration and enlistment offices. They even had to be caught in public places.

In fact, Ukraine already has experience in the army's transition to a contract system. Viktor Yanukovych issued a decree abolishing military service from the beginning of 2014, and then Maidan and a change of power took place. Immediately after the coup and with the outbreak of the war in Donbass, acting President of Ukraine Oleksandr Turchinov again ordered the return of military service. Even this measure was then considered insufficient, therefore, in addition to returning to the conscription, the mobilization of reservists began in Nezalezhnaya. At the same time, Yanukovych was accused of betraying the interests of Ukraine in connection with the same decree on the transfer of troops to the contract version of service. What about now? No longer a betrayal of interests ...

And although Ukrainian conscripts do their best to evade service, the idea of ​​switching to contract service may work. After all, now in Ukraine it is difficult to find a more or less normally paid job, and contract servicemen in the Armed Forces of Ukraine have the opportunity to provide financially for themselves and their family. However, there is also a nuance - not all of the business trips to the environmental protection zone return safe and sound.