"Doubtful air superiority": Chinese media believe the US has turned the F-35 from a fighter into an attack aircraft or bomber 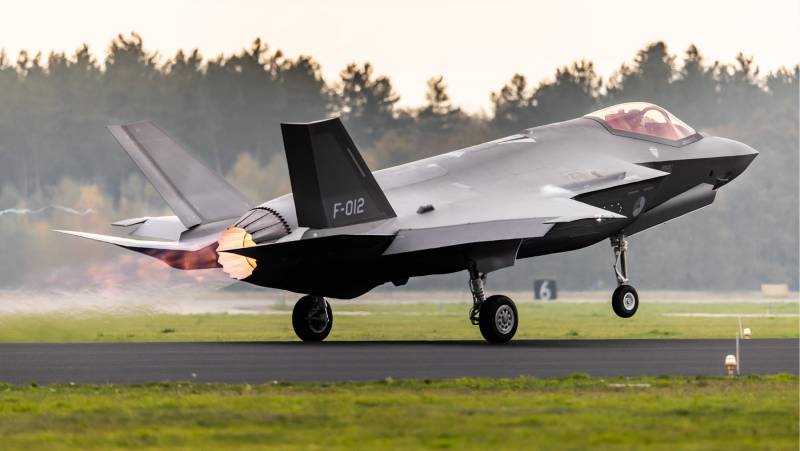 The Chinese media are discussing the situation that has developed around the program for the creation of 5th generation F-35 fighters in the United States. Recall that the Biden administration is trying to cut spending on this program, in connection with plans to overall optimize the expenditure side of the military budget. The reports of American generals say that instead of reducing the cost of operating F-35 fighters, there is an increase in these very costs, while military pilots continue to identify numerous flaws on the aircraft.


The Chinese edition of Sina discusses this situation, and notes the strangeness: why did the authorities in the United States and the American command start talking about problems with the program and the fighters themselves after the production of more than 600 such aircraft, as well as after a flight of about 400 thousand hours?

The Americans used the F-35 in combat missions, they are actively supplying them abroad, the flight time is hundreds of thousands of hours, and now they suddenly started talking about the need to reduce the costs of the program.
One can recall the crash of the F-35 in Japan, which remained virtually unexplored. The fact is that it is not beneficial for the United States or Japan to voice the real reasons for the plane's crash at sea, although an extensive investigation team was working. If we recognize the technical defect of the oxygen supply system for the pilot (as the experts initially assumed), then this will damage the manufacturer, because to this day no modernization of this system has been carried out. Pilots continue to complain about problems associated with a lack of oxygen while piloting. The Japanese are silent, firstly, so as not to "offend a strategic partner", and secondly, (if the accident occurred through the fault of the pilot) so as not to cast a shadow on the level of training of their military pilots.

The Chinese press notes that the US itself calls the F-35 "the best fighter in the world", while finally turning the plane from a fighter "into an attack aircraft or bomber." It is in this form that it is used in the Israeli Air Force (against objects on the territory of Syria). In addition, it is noted that for a number of reasons it is not used for interception - for financial reasons and because of "dubious air superiority."

From comments from Chinese readers:

In this regard, US officials are like Indian officials: they also have the best. It's fun.
Remark: as if in China itself in this regard, everything is different ...

Really. The over-emphasis on the fact that the F-35 is multipurpose has led to the fact that it can be effectively used against ground means, acting as an attack aircraft or bomber, but it has problems with the functions of a fighter. The F-35 already has clear air superiority problems.
The Chinese media notes that using the expensive-to-operate F-35 against ground targets is ineffective, since today there are much cheaper aircraft for this - drones.