"Dragon" versus "Eagle". Comparison of the US and China fleets 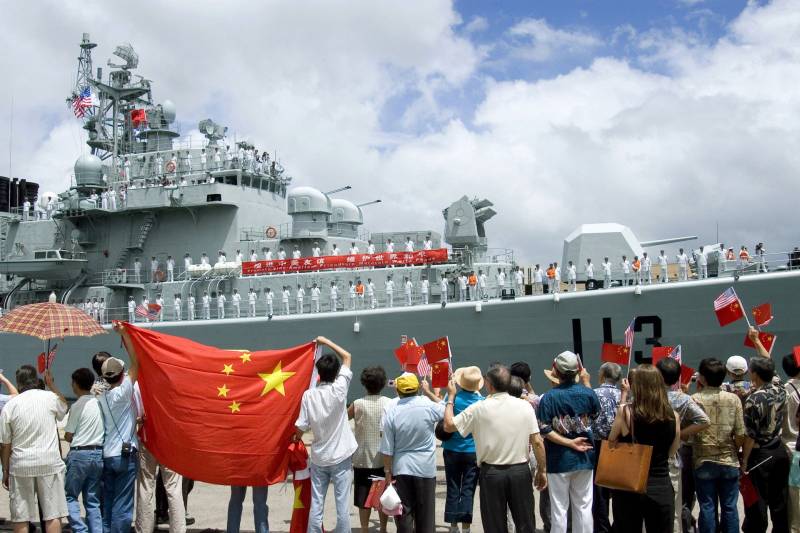 China in 2020 surpassed the United States in the number of warships, coming out on this indicator in first place in the world. According to published reports from the US Department of Defense, the total size of the Chinese fleet was estimated at 350 ships against 293 American. At the same time, the United States still retains the palm in terms of ship displacement, primarily due to its aircraft carriers.


Considering the pace of shipbuilding in China, it can be assumed that this figure will also fall in the foreseeable future. The "dragon" will surpass the "eagle".

Over the past 30 years, the Chinese military budget has more than doubled. The rise and development of the economy allows Beijing to spend much more money on its army and navy, placing the main emphasis on the development of means of projection of power around the world, including the navy.

Already now we can say that in the confrontation between the eagle and the dragon, the latter has definitely ceased to be paper. Although the Chinese navy certainly has room to grow. But even in its current form, the Chinese navy is causing great concern at the Pentagon. It is no coincidence that recently American submarines after almost 30 years of absence have returned Harpoon anti-ship missiles, for which potential targets were again found at sea.

For the assessment and benchmarking, we will use data from The Military Balance 2020, produced by the International Institute for Strategic Studies (IISS). It is important to understand that the data of The Military Balance bulletin does not claim to be absolutely reliable, but at the same time is a generally recognized widely used statistical reference, which allows you to bring research to a single denominator. 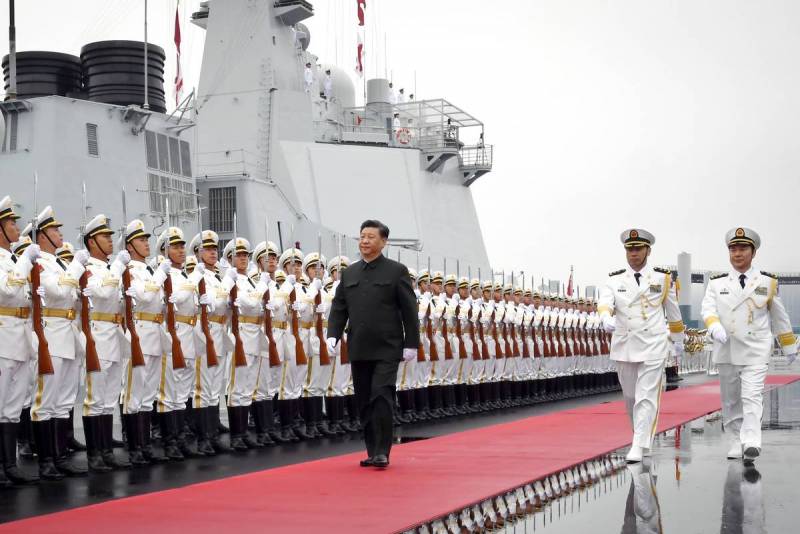 The US Naval Forces are organizationally divided in the operational and strategic respect into the Pacific Fleet and the US Fleet Command (formerly the Atlantic Fleet), as well as the US Naval Forces in Europe and the Naval Shipping Command. At the same time, in operational terms, the American fleet currently has seven fleets operating around the world: the second, third, fourth, fifth, sixth, seventh and tenth. An interesting detail: The Tenth Fleet is a component of the US Cyber ​​Command within the Navy. 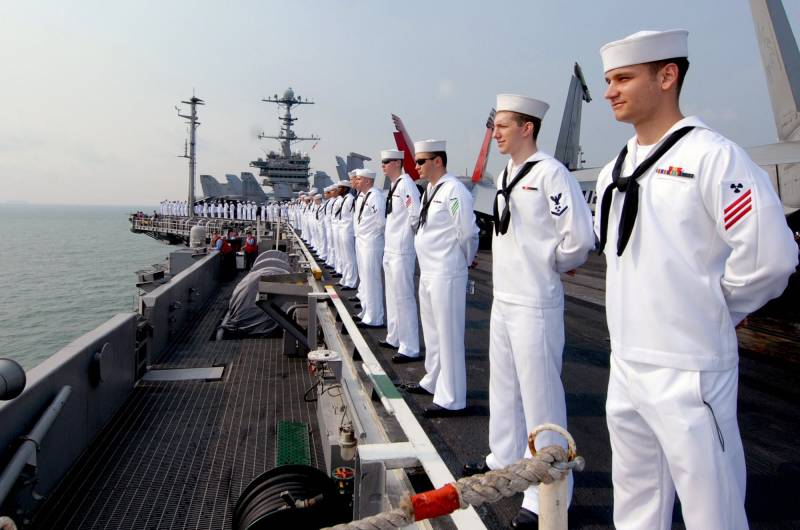 The total number of personnel of the American fleet is estimated at approximately 337 thousand people (excluding the ILC). Of these, 98 people serve in naval aviation, which clearly demonstrates the orientation of the American fleet that has historically developed since the Second World War. The United States Marine Corps, which is a separate branch of the Navy, has 600 personnel.

Such a large number of Marines is also a historically developed state of affairs. Including based on the geographical location of the country, which has no equal adversaries on the continent, but is forced to have large expeditionary forces, allowing, if necessary, to project force in different parts of the planet.

The submarine fleet is the dimension where the forces of the PRC and the United States have become equal in terms of the nominal number of submarines without taking into account their qualitative component. In terms of the number of attack / missile submarines, China is even slightly ahead. The PLA navy has 55 such boats, and the US Navy has 53.

All 53 American tactical attack submarines are nuclear powered submarines. The US Navy has no diesel submarines at all. The last time diesel-electric submarines entered service with the US Navy was in the 1950s. 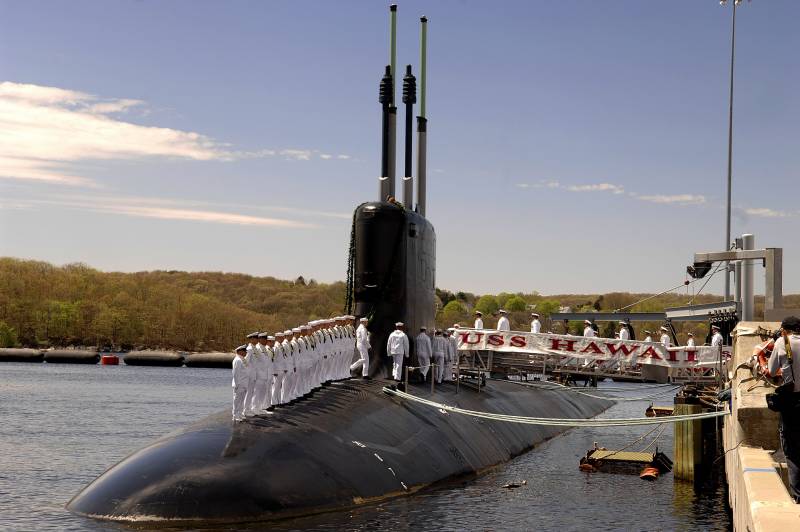 Multipurpose nuclear submarine SSN-776 "Hawaii" of the "Virginia"
The most formidable American multipurpose nuclear submarines are boats of the Virginia type (17 units) and Seawulf (3 units), these ships are classified as submarines of the 4th generation. Moreover, the main multipurpose boats are the third generation submarines of the Los Angeles type, of which 29 units are still in operation. Four more boats are Ohio, but armed not with ballistic missiles, but with UGM109C / E Tomahawk Block III / IV cruise missiles. At the same time, the boat turns into an equally formidable weapon, as it carries on board up to 154 cruise missiles (7 in each of the 22 occupied mines).

Chinese multipurpose nuclear submarines are represented by 6 boats of the Type-093 "Shan" project. The main armament of these boats are YJ-18 cruise missiles, capable of striking surface and ground targets. The missiles are located in vertical launchers. In the United States, it is believed that this missile is similar in characteristics to the Russian "Calibers". In the underwater-based version, its flight range is up to 540 km. 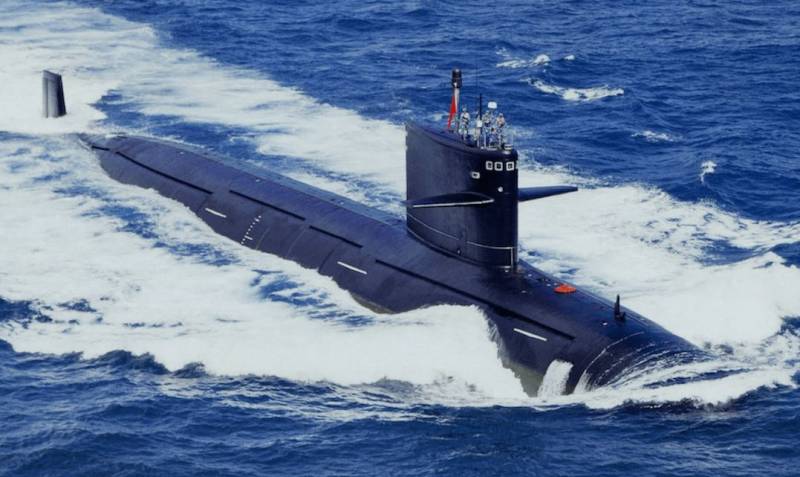 With aircraft carriers, everything is more or less clear from the start. In this component, the United States has an advantage that no other fleet in the world can dispute. The US Navy has 11 nuclear-powered aircraft carriers. At the same time, the very structure of the American fleet is such that it is built around these ships, forming Carrier Strike Groups. 10 out of 11 American aircraft carriers are of the Nimitz class, with a typical air group that typically includes 64 aircraft.

The most advanced American aircraft carrier is the USS Gerald R. Ford (CVN-78). The estimated cost of the ship is approaching $ 13 billion excluding research and development costs, with a total displacement of 98 tons. The size of a typical air group aboard the Gerald Ford is 425+ aircraft. Moreover, if necessary, the ships can carry on board up to 75 aircraft, helicopters and UAVs, including the fifth generation F-90C fighter-bombers in the deck version. 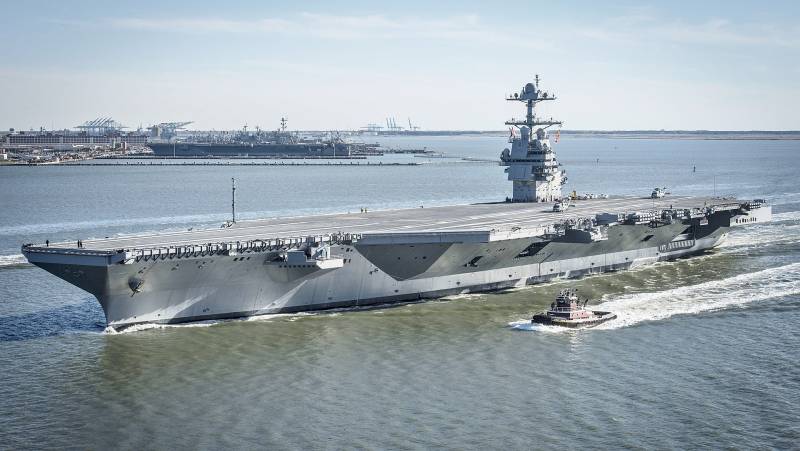 The second aircraft carrier Project 002 or "Shandong" is a further development of the aircraft carrier "Liaoning". This is the first ship of this class, built from scratch in the PRC. In many ways, it repeats the Liaoning and its Soviet predecessors, with the same air group size - up to 40 aircraft, including 24 J-15 fighters. 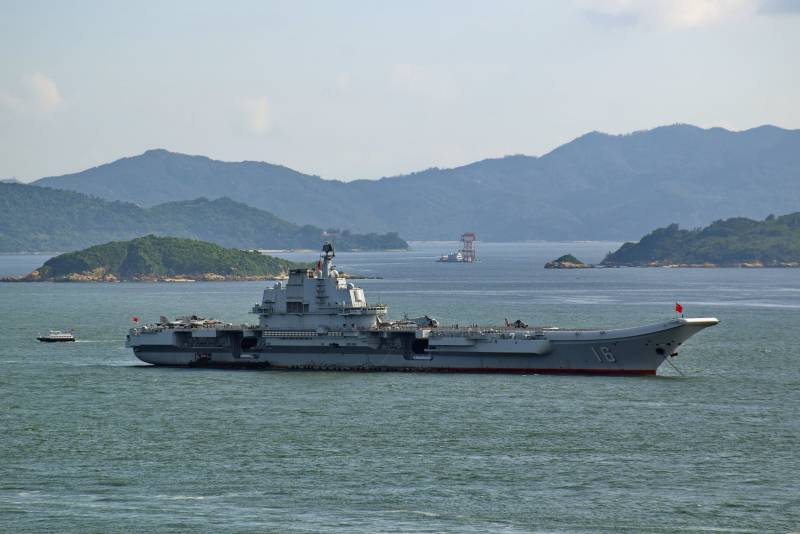 The first Chinese aircraft carrier Liaoning
By 2030, China plans to have four full-fledged carrier strike groups in its fleet. The PRC expects to achieve this by building two new aircraft carriers of Project 003. The displacement of the ships will increase to 80-85 thousand tons, they will also receive electromagnetic catapults, which will significantly expand the range of aircraft used, primarily by placing heavy vehicles on aircraft carriers.

In terms of the number of large surface warships, China has almost caught up with the United States. And given the pace of construction of such ships, it can be assumed that very soon the PLA navy will be able to bypass the Americans. As of 2020, the Chinese fleet included 81 large surface combatants: one cruiser, 28 destroyers and 52 frigates. 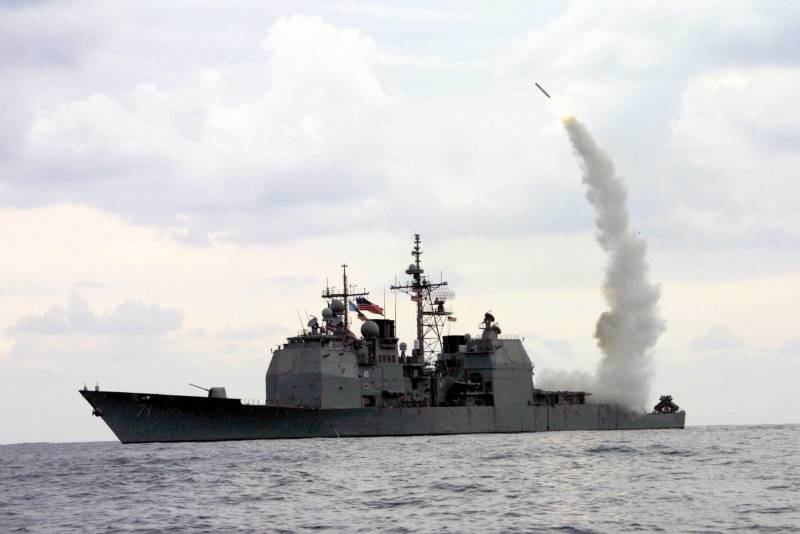 American missile cruiser "Ticonderoga"
And if the American project Zumwalt, one might say, failed: the ships came out too expensive even for the United States, so the series was limited to only three ships, of which two have already been accepted into the fleet. Either the Chinese plans for the development of the naval forces are more mundane and tangible.

Of the large warships, China relies on destroyers of the Type-055 project. This is a large series of promising large missile destroyers belonging to the fourth generation. By 2030, China plans to build at least 16 such ships. At the same time, the Americans refer this ship to cruisers. One of them has already been put into service and is part of the Northern Fleet of China, and, apparently, there is also the second of the two ships of this project built and transferred to the fleet.

The ship with a total displacement of about 13 thousand tons and a length of 180 meters, which makes it comparable in size to the destroyer Zumwalt, will carry up to 112 vertical missile launch cells (64 at the bow and 48 at the stern of the vessel). In this, it surpasses the Chinese destroyers of the 052D project, which had up to 64 cells for launching missiles. 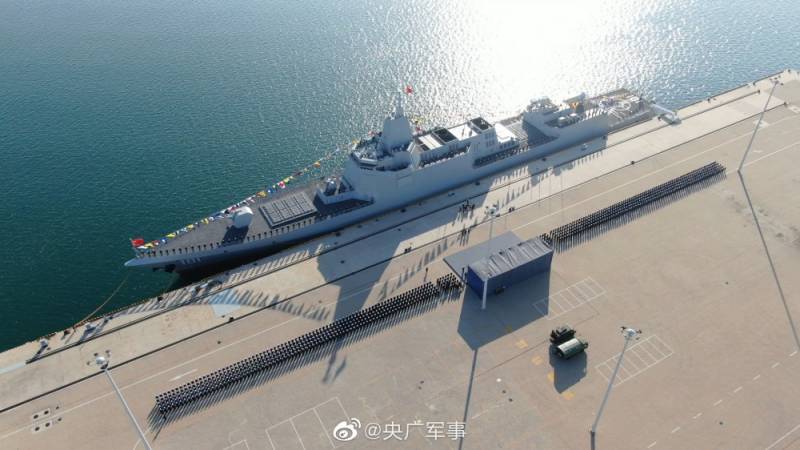 Leading Chinese large destroyer of the Type-055 project
At the same time, the Chinese vertical launch system provides more flexibility compared to the American Mk.41 and Mk-57 launchers and surpasses them in spaciousness. On Chinese cruisers, it will be possible to combine anti-ship, hypersonic and long-range anti-aircraft missiles. It is believed that the main armament of the new Chinese cruisers could be the YJ-100 supersonic long-range cruise missile, which will complement the Chinese analogue of the YJ-18 Caliber.