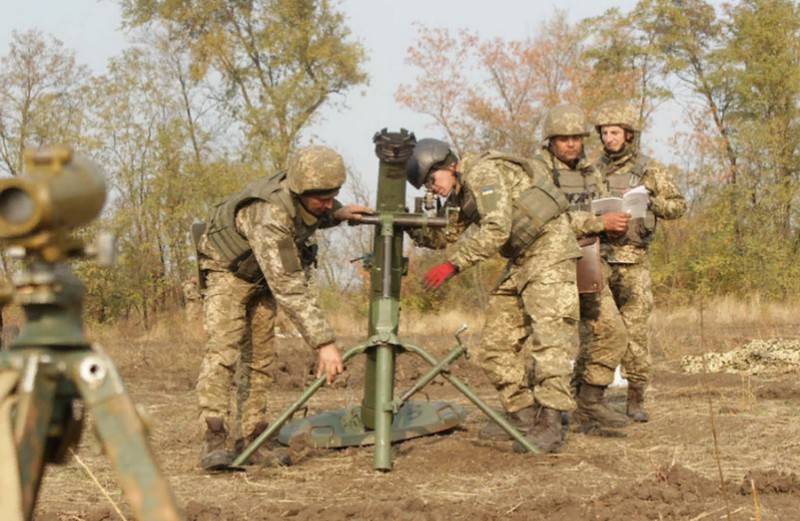 
According to the official representative of the NM LPR Yakov Osadchiy, as a result of the explosion of the Molot mortar at the position of the Armed Forces of Ukraine in the JFO zone, two Ukrainian servicemen were killed, two more were seriously injured.

According to the available information, the fact of the death of servicemen is presented as a result of "violation of the rules when handling weapons", a special commission has been appointed to find out the reasons for the incident.

At the beginning of this year, representatives of the Mayak plant, which developed the mortar, announced the return of the Hammer to us the armament of the Armed Forces of Ukraine after the modernization that took two years. At the plant, the mechanism for preventing double loading was finalized, the base plate was replaced with a lighter one, and the wheel travel mechanism was finalized.
Ctrl Enter
Noticed oshЫbku Highlight text and press. Ctrl + Enter
We are
Summary of the week from voenkor Mag about events in the DNI and LC 10.05.19 - 16.05.19Reports from the militia of New Russia for 27-28 September 2014 of the year
Military Reviewin Yandex News
Military Reviewin Google News
94 comments
Information
Dear reader, to leave comments on the publication, you must sign in.