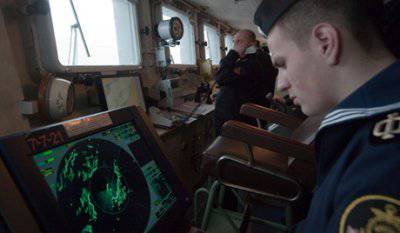 Russia for some time will not use the naval base in the Syrian city of Tartus. However, she is not going to finally abandon the use of this military base in the future. In addition, the Russian authorities have determined the basic principles on which to base relations with Syria in the military sphere: the Russian Federation will continue to support the regime of President Bashar Al-Assad both at the humanitarian and informational levels and in the political sphere. Moscow’s plans do not contain any major supplies of Damascus weapons, as reported by sources in the diplomatic department who participated in negotiations with the Syrian authorities that took place this week in Moscow.


This largely explains the unexpected collapse of the naval group assembled in the Mediterranean, which included the Northern, Baltic and Black Sea fleets, as well as a change in the plans of the General Staff associated with the call of the ships of the Northern fleet into the waters of the Black Sea.

A source in the Russian defense ministry noted that the ship grouping of the Russian Federation looks like a dwarf compared to the maritime groups of NATO countries that have concentrated in the Mediterranean. The source also said that by military means, our naval base in the Syrian Tartus cannot be maintained. Russia cannot by military means prevent countries supporting the Syrian opposition.

At the same time, this source refuted the emerging media reports about the evacuation of the personnel of the base in Tartus due to the exacerbation of the situation in the western part of Syria. Representatives of the headquarters of the Black Sea Fleet confirmed the same thing, stating that the situation in Tartus remained calm. The work of the personnel of the PMTO (point of logistics) is carried out in the usual mode.

Sources in the Ministry of Defense claim that Russia is supporting Damascus with both military-diplomatic methods and intelligence. If the situation in Syria deteriorates sharply, Russia, using a military transport Aviation, will evacuate all personnel from the PMTO.

The naval point in Tartus is the only point where Russian warships are based in the Mediterranean, and the only military base of Russia in foreign countries. The appearance of a basing point in Syrian Tartus dates back to 1971. It was here that the repair of the ships of the 5 of the Mediterranean squadron was carried out. After the collapse of the Soviet Union, the squadron ceased to exist, but the base remained in Syria. For the Russian Federation, it is the most important object of military-strategic importance, since it ensures the deployment of groups of the Russian Navy in the southern parts of the world's oceans. Using a base in Tartus, the ships of the Russian Navy for twenty years replenished stocks of fuel and food during trips to the Mediterranean.

Earlier, the Ministry of Defense of the Russian Federation declared its intention to maintain this base in the Mediterranean Sea. In particular, one of the sources in the Russian military explained that the loss of Syrian Tartus would lead, first of all, to reducing the possibilities of permanently locating Russian warships in the Mediterranean, Central and South Atlantic, Indian Ocean and Persian Gulf areas.

However, if the current Syrian regime of President Assad collapses, then the Russian Federation will not be able to remain in Syrian Tartus, since the Syrian opposition will not forgive Russia for its support for Assad.

The official website of the Ministry of Defense of the Russian Federation reported that the 23 August patrol ships of the Baltic Fleet Yaroslav the Wise and Fearless, as well as the tanker Black Sea Fleet Ivan Bubnov, began to perform tasks related to the advanced presence in the Mediterranean.

According to the plan, ships will take part in tactical exercises and training related to responding to modern threats at sea, such as illegal shipments. weapons, suppression of drug trafficking, as well as countering terrorism.
Earlier, Russian ships successfully carried out their tasks in the waters of the Mediterranean, as well as in the North Atlantic.

Ctrl Enter
Noticed oshЫbku Highlight text and press. Ctrl + Enter
We are
Russia demonstrated the most promising weapons at INDO Defense-2014For the first time in many years, the Baltic Plant begins a large-scale recruitment
Military Reviewin Yandex News
Military Reviewin Google News
86 comments
Information
Dear reader, to leave comments on the publication, you must sign in.