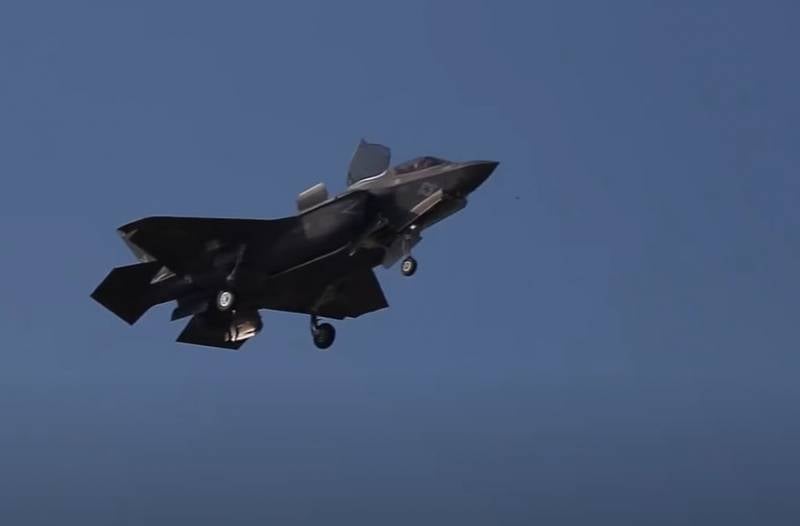 From the United States comes confirmation of the incident that occurred with the 5th generation F-35 fighter. We are talking about the F-35B Marine Corps fighter, which, during the flight, managed to hit itself with its own ammunition.


According to the latest information, this incident occurred in early March, but information about it did not appear in the press immediately.

In the US media sphere, they write that, by performing a planned application weapons over the Yuma Range in Arizona, the aircraft received significant damage as a result of the fact that “one of the fired ammunition exploded almost immediately upon leaving the barrel aviation guns ". As a result of the rupture of this ammunition, the lower part of the new generation USMC fighter was seriously damaged.

It is reported that the pilot was not injured, he was able to deliver the fighter to the airbase, "although it was quite difficult to do this due to damage to the fuselage."

The incident is confirmed by the spokesman for the Marine Corps Captain Andrew Wood. According to him, an investigation into the causes of the incident is currently underway. Among the versions - low-quality ammunition, which ended up in the arsenal of the fighter.

We qualified it as a class A incident (significant damage - at least $ 2,5 million - note "VO").
If we talk about the configuration of the F-35B, then it is capable of carrying a 22 mm GAU-9 / A Gatling (GPU-25 / A) aircraft cannon. Moreover, unlike the F-35A, the gun is located in the lower part of the hull. This cannon was reportedly used to fire over the Yuma Range. Used ammunition PGU-32 / B SAPHEI-T. This is a semi-armor-piercing high-explosive fragmentation incendiary-tracer ammunition. Upon hitting the target, a detonator is triggered with a small delay (in the nose of the PGU-32 B projectile), which then detonates the incendiary element and a small explosive charge inside its main body.
Ctrl Enter
Noticed oshЫbku Highlight text and press. Ctrl + Enter
We are
Reports from the militia of New Russia for 27-28 September 2014 of the yearYuri Drozdov: Russia prepared the role of the sacrificial calf
Military Reviewin Yandex News
Military Reviewin Google News
96 comments
Information
Dear reader, to leave comments on the publication, you must sign in.