"Running from a nuclear heart attack" 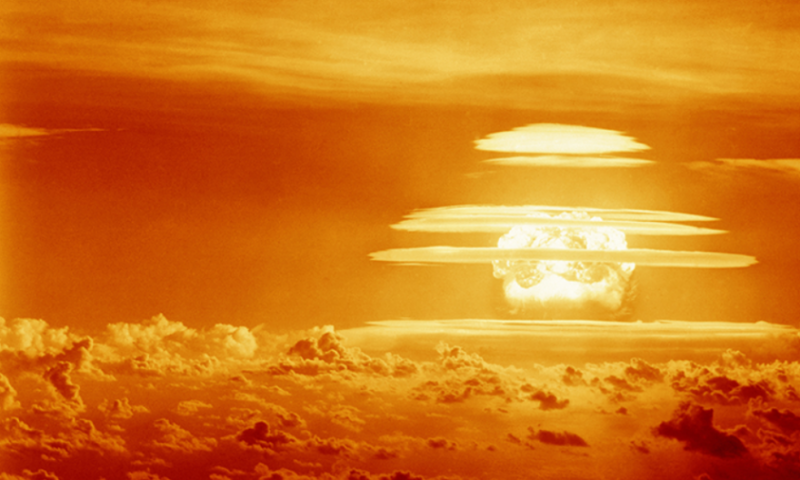 A plan appeared that remained top secret for a long time after the end of the Cold War and which is still not fully declassified, it is clear that something from it is still being used. Originally known as PYTHON, this concept was best phrased as "getaway." Or "running from a nuclear heart attack."

The new plan essentially left Korsham as an operational facility, now defining it as a decoy for missiles (it was assumed that people at the KGB and GRU PGU receive their salaries for free and are not aware that the facility is a dummy). Corsham remained a highly classified object, and it was used to a limited extent as a reserve, primarily so that there was a point of attraction for missiles somewhere, which, if it survived, could turn out to be a useful object later. After 1968, Korsham continued to work in radio networks as a control object, generating traffic that was monitored by both land, sea and space radio and radio intelligence facilities of the USSR. The British believed that this would be enough for disinformation, but they still did not take into account the factor of agent intelligence. In the USSR, they knew or suspected that the old aircraft factory was no longer the main bunker for the top of the Kingdom.

Under the new plans, the UK government was essentially split into two groups. At the start of the crisis, the prime minister appointed a number of deputies (the number varied, but somewhere between 4-6) who were mid-level ministers. These ministers will, in effect, become "prime ministers (appointed)" in a ranking order, and then team up with a small group of roughly 100-250 people, recruited from the military and more civilian specialists and officials.

These crisis teams were then to be dispatched throughout the country to various predetermined locations, including remote locations in Scotland and Aberystwyth University. Three specially military installations, including Bovington (this is where the famous tank museum, in particular), HMS Osprey (this was an unused anti-submarine training facility in Portland, in the bay, on an artificial jetty) and RNAS Culdrose (an airfield aviation in Cornwall), where three groups will arrive. Then they will shut up, hide, and then they will wait for when and where the warheads will arrive. Who will survive - by seniority will take over the leadership. Although the choice of targets seems dubious, in particular, the naval aviation airbase would certainly have been hit, and not alone. But the idea itself didn't seem stupid. But its execution raises doubts.

Meanwhile, it was believed that the "war cabinet" of the government itself would remain in London to the end - not a single declassified document mentions high-ranking members of the government who "fled" from London. Instead, the function of the Cabinet would be to order the use of nuclear weaponand then die under the ruins of the Ministry of Defense, in a bunker located in PINDAR (no laughing matter - this is the "Defense Crisis Management Center"). The fact that this procedure and the very methods of managing nuclear weapons in Britain are archaic, like the tradition of eating oatmeal in the morning - in one of the publications the author considered here. Britain never had a hint of an early warning system, so they could “play” either from external information about the strike (and it's not a fact that Washington would not forget to do this, although one of their radars is located in Britain, in Filingdale Moore ), or wait for the first arrivals of "goodies".

After the strike (they seriously thought that there would be one strike, apparently), the PYTHON plan groups from their shelters, through the surviving radio networks of the "territorial defense forces", would try to establish contact with what was left of the government, and then find out which of them became the main one. At this point, the oldest surviving "appointed prime minister" will be the prime minister of what is left of Britain.

Save the Windsor family - or part of it

The role of the military in all this is much more significant than it might seem at first glance. First, the army was responsible for protecting the royal family, whose wartime plans and whereabouts were never revealed. There was a top secret CANDID plan (well, they have reductions, in the Russian ear, either with fungal diseases, or even, sorry, with sexual minorities), according to which members of the Windsor family will be divided into two groups and sent across the UK under escort Crown Guard units based at Windsor Palace. It turns out that there would be some military protection for the groups themselves, and they would take refuge in military installations or near them. One can only imagine the reaction of the base or facility commander to the sudden discovery on the eve of the war that they should have accommodated the likely future British Prime Minister in a very short time and without prior planning. Or members of the highest family. It is also interesting, and who and how in the highest family decided where and who would go to hide, and whether there were personal preferences of the queen herself? We know that Elizabeth II is a very mischievous and vindictive grandmother, they have a family relationship, and she would have sent her unloved relatives to take refuge in a safe place ... next to the submarine base, for example. But, since the details of this plan are still under the stamp, one can guess indefinitely.

The use of ships was also planned fleet - It is believed that the royal yacht Britannia and the auxiliary helicopter carrier Engadine (decommissioned in 1989) should have been assigned to accommodate the PYTHON group sailing to places as yet unclear. Or for members of the royal family. In all likelihood, these ships should have taken refuge somewhere on the west coast of Scotland, in numerous sea lakes, which would provide good shelter and would remain very secluded. Loch Torridon is often suggested by researchers now as a likely refuge for the group - which is quite logical, since there is also a beautiful majestic palace (now a hotel), which, if necessary, can provide accommodation for VIPs.

Also, at least three ferries on the Scottish line, the Caledonian McBrine, were built with various “non-peaceful” improvements, including a “citadel” of protection against radiation, chemical and biological threats, HLF and decontamination system pumps. It seems highly likely that in the event of war, a large part of the British government would be afloat in the Royal Navy or chartered ship, trying to decide what to do next. However, remembering that the British prime ministers are still writing "letters from the other world" to SSBN commanders leaving on patrols, where there may be advice such as "go to the Americans" or "go to Australia" or "go surrender to the Russians" (a joke, but exclude not) - planning has a very, let's say, low level.

You can't get away from paying for Russophobia

It is difficult to look back to understand how reliable these plans were. However, from a practical point of view, it is interesting to imagine how they would work. The British government had to plan for its own destruction, but there was no way it could test any of these plans in advance. As, however, and any other. But the very approach of the British to such a task still smacks of a certain naivety. The British even got their own VKP very late, almost in the 80-90s.

Could the PYTHON plan have worked? In practical terms, the idea is not stupid, but the execution scheme itself is weak - a small group of disparate officials and officers, brought together with little or no warning and without prior training or knowledge of their roles, would not constitute a convincing and effective “substitute” for central government. On the other hand, at least some sort of selection for psychological and business qualities should have been carried out, and who knows how these survivors would have shown themselves if they were in a country badly destroyed and with numerous vitrified craters glowing at night. After all, Britain is given an important place in its nuclear plans, both the USSR and the Russian Federation, and the survivors there in any case should have envied the dead, as the typically British “business man” John Silver used to say. And the British themselves are to blame for this important place of their country in other people's plans, their consistently Russophobic policy, and even in the wake of Washington. After all, if the "Englishwoman crap" constantly herself and helps others, sooner or later everything will return to her a hundredfold. If he doesn't wiser. But, it seems, they are not given to grow wiser ...