"Without Russian components": the Armed Forces of Ukraine may receive the armored armored vehicle "Lev" of Ukrainian design 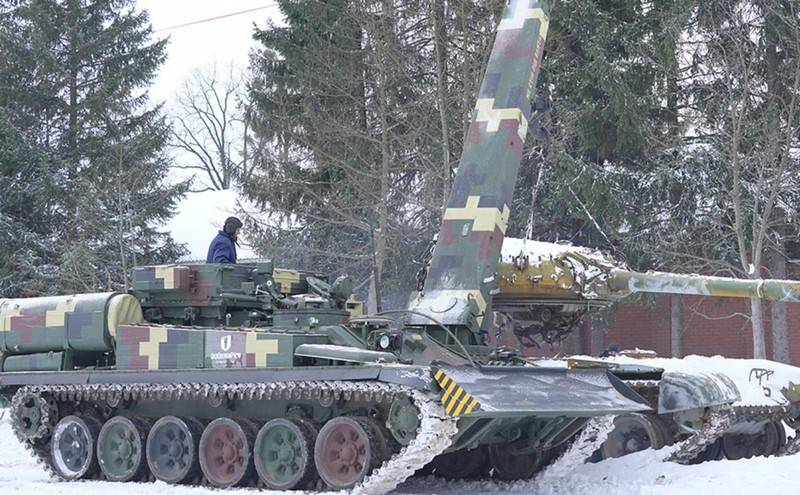 The Armed Forces of Ukraine during 2021 may receive armored repair and recovery vehicles (ARVs) "Lev" developed by the Lviv Armored Plant. This was stated by the director of the plant Viktor Androshchuk.


BREM "Lev" was presented on January 25, 2019 in Lviv. According to the director of the plant, the armored tow truck has successfully passed "defining departmental tests" and is approved for operation by the Armed Forces of Ukraine. However, despite the statements about the readiness to release up to 10 ARVs per year, the Armed Forces of Ukraine did not order their delivery.

Thus, the announced delivery may be the first for these machines. According to the director of the plant, LBZ is ready to supply up to 10 new ARVs.

We installed a boom crane, a front blade, an auxiliary winch and a welding machine on it. Already this year, about ten such tractors should be delivered to the defense department
- Androshchuk declared.

BREM "Lev" is an analogue of the Soviet vehicle BREM-1 and is based on tank T-72. The main difference between BREM and its Soviet counterpart, according to the developers, is the absence of Soviet and Russian-made components.

This is an analogue of the Soviet machine BREM-1, but the difference is that we do not use Soviet and Russian components. The machine is based on the T-72 tank, but the armor is added to the hull
- stressed Androschuk.

The development of Lviv designers is capable of evacuating and towing defective military equipment in the field. For protection there is a machine gun. The crew of three people.