Why does the United States need anti-Iranian missile defense facilities in Poland and Romania if Iran returns to the deal: naive questions and a simple proposal 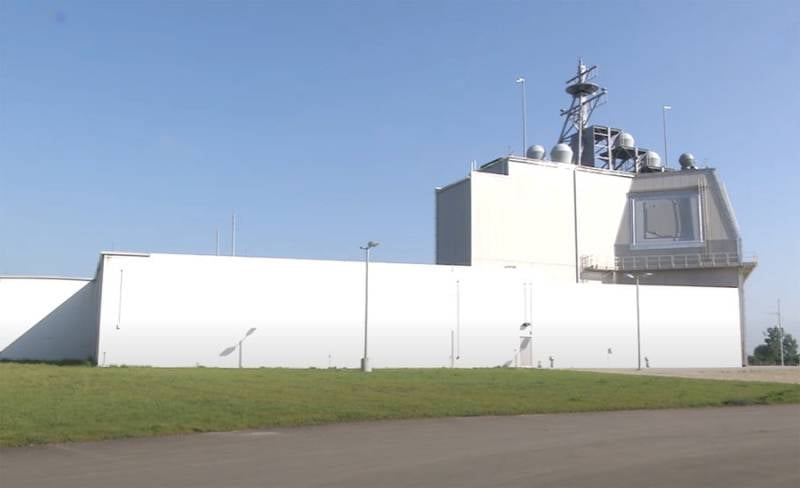 The US is considering options for returning to the so-called "nuclear deal" with Iran. At the same time, statements are heard from Washington that the original deal needs to be revised, since it does not take into account the "missile component".

At one time, Israel paid attention to the active development of Iranian technologies for the production of missiles of various ranges, and therefore the authorities of this country welcomed the decision of the Trump administration to withdraw the United States from a comprehensive agreement with Tehran.

A few days ago, Iran's Supreme Leader Ali Khamenei said that Iran is ready to return to the deal on one condition: if the United States lifts all anti-Iranian sanctions. The Ayatollah has not yet commented on this statement in Washington. At the same time, the United States notes that "Iran needs to be convinced" to abandon not only the creation of a nuclear weapons, but also from the further development of the rocket industry.

If we imagine that the United States will indeed return to a deal with Iran, and Tehran will agree to fulfill the conditions, then the question arises about the advisability of finding American elements of anti-missile defense (ABM) in Poland and Romania. We are talking about positional areas in the Polish Redzikov and the Romanian Deveselu.

It should be recalled that from the very beginning of the implementation of projects to deploy missile defense elements in Eastern Europe, the United States authorities monotonously repeated one thing: "This is definitely not against Russia, but as a defense against Iran." In Russia, they doubted American sincerity about this, to put it mildly. However, by and large, nothing depended on Russian doubts. Facilities in Poland and Romania emerged, and the US continued to claim that they represented "a reliable remedy against possible Iranian attacks on Europe."

At the same time, Moscow has repeatedly noted that US facilities that have appeared in eastern Europe can easily be transformed from anti-missile into shock ones.

So, assuming that Joe Biden (or rather, those who stand behind this man named by the American president) are going to return the United States to the deal with Iran, then the question of the mentioned US missile defense facilities in Eastern Europe should definitely be raised. First, further statements by the Pentagon that "these objects are against Iran" will look frankly cynical. Secondly, then, in relations with Tehran, it is necessary to sharpen the questions about what kind of deal is it, in which the United States will continue to view your state as a source of threat to Europe? Why "anti-Iranian" missile defense facilities if Iran returns to the deal and, accordingly, undertakes to abide by its terms? Naive questions ... But there is, as they say, a simple sentence.

If today's Russian authorities are constantly complaining that “Mikhail Gorbachev was once deceived by not providing written guarantees that NATO would not expand eastward,” then it’s time to demonstrate that our country is still learning from mistakes. The option in this case may be as follows: if the United States is going to promote new requirements for signing the treaty, then Russia, as one of the countries that was involved in the preparation of the initial text of the agreement, also needs to come out with the initiative. This initiative is the introduction of a clause on the dismantling of missile defense systems in Poland and Romania and the refusal to build similar facilities in other countries of the region. And if not about dismantling, then about the admission of Russian observers, so that every day they make sure that everything at these facilities is now, so to speak, "environmentally friendly" in military terms.

They will not want to disassemble completely, let them dismantle the antennas and rocket launchers, and organize a garden of "American-Iranian friendship" on the territory ...

The argument is simple: Iran returns the deal, refuses nuclear missile development, then the facilities in Redzikov and Deveselu lose their meaning. If they “do not lose their meaning,” then this becomes direct evidence that the United States intended and is going to use them against Russia, including as a potential strike force.

Any refusal by the United States to include this clause in the treaty will testify to anti-Russian intentions, which, as they say, are obvious in words, but what is needed is documentary evidence. So that not like Gorbachev's ...

In case of refusal to dismantle the facilities in Redzikovo and Deveselu, Russia will have a reinforced concrete right to respond from a wide variety of positions, including military-technical ones, taking into account an outright threat to Russian security. And even if it is symmetrical ...