"They chased us for 1,5 hours": In the US, they talked about a series of "encounters" of destroyers with unidentified drones in the summer of 2019 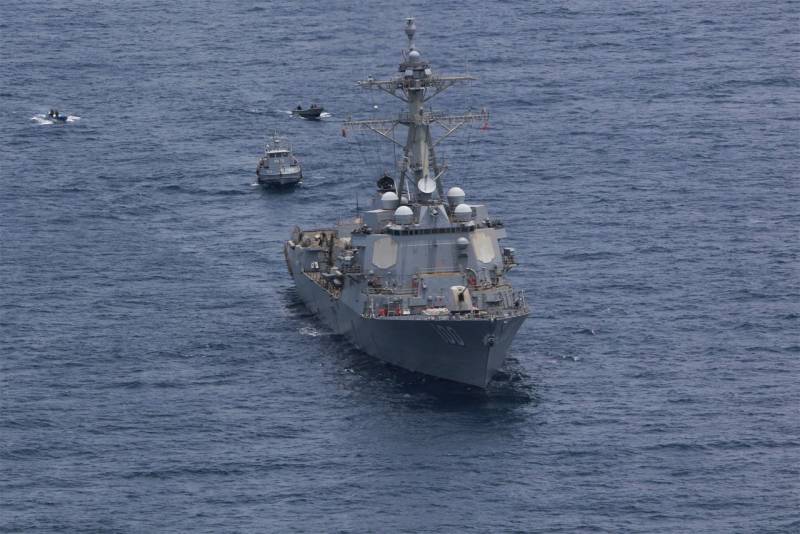 Some details of the incidents with US Navy warships off the coast of California began to appear in the American media. This is a chain of events that took place in the summer of 2019.


Crews of several US Navy destroyers, including the Arleigh Burke USS Kidd (DDG-100) destroyer, have reported numerous aircraft in the skies in the immediate vicinity of the ships. It was noted that the sailors called these devices "unidentified aircraft" or "drones".

In one of the reports:

A group of unidentified UAVs of six units pursued our ship for several minutes. Then these drones or aircraft began to perform unsafe maneuvers. We were about 100 miles off the California coast.
American documentary filmmaker Dave Beaty decided to devote a journalistic investigation to those events. He notes that the military command is interested in the incidents with American warships.

Initially, a version appeared that drones could be launched by tourists from Channel Island or sailors (passengers) of civilian ships. However, the aircraft allegedly did not exactly look like a typical hobbyist copter.

It turned out that other American ships, including the destroyers Raphael Peralta, John Finn, Paul Hamilton, Russell, and others, met with "unidentified aircraft" in approximately the same area.
In the logbook of one of the US Navy warships, it was noted that several unknown aircraft appeared near the ship at about 22:00.

The logbook indicates that the drones in the first phase moved at the same speed as the destroyer USS Kidd. Moreover, the flight was carried out not only in the dark, but also in conditions of poor visibility. It was noted that in total, the "pursuit" of the US Navy destroyers lasted about 1,5 hours. 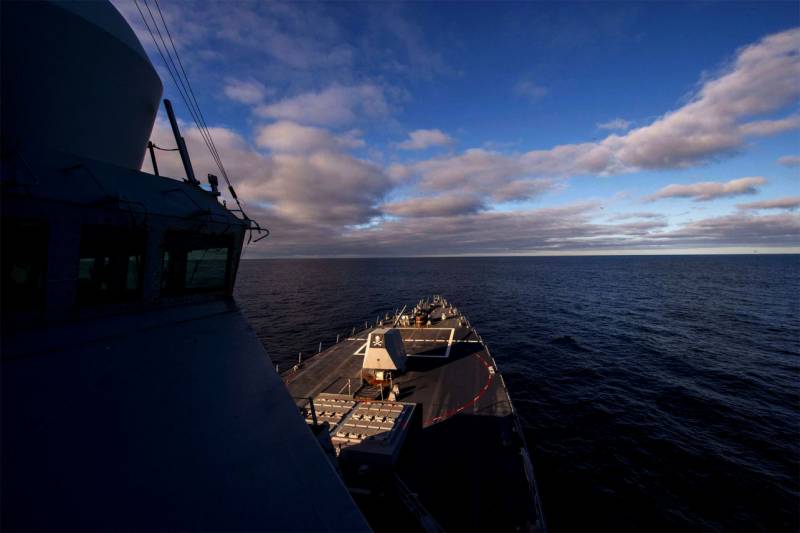 The "meeting" was repeated the next day. The appearance was recorded at approximately 20:39 local time.

They chased us for 1,5 hours several times
The crew of the destroyer USS Rafael Peralta has passed on a request to the cruise ship Carnival Imagination to see if the drones may belong to them. From there came the answer that the aircraft did not belong to them, as well as confirmation that in the sky they also see up to six drones maneuvering nearby.

The US press complains that the command began an investigation only 4 days after the first "incident". As a result, the FBI was involved. The agents decided to investigate one of the ships, which had been in that area for several days. A check was reportedly carried out on board. It was possible to establish that the drone is there, but it is not capable of staying in the air for more than half an hour, and its dimensions are not at all the same as those indicated by the US Navy sailors.

It is also indicated that the investigation was working out the option of the ownership of the drones by the US Navy itself. But, according to the representatives of the Navy themselves, they have not carried out any operations with drones off the coast of California.

As the American The Drive writes, it is noteworthy that "new incidents have already occurred during the investigation."

It turns out that someone controlled these aircraft very impudently. Based on the data obtained, the drones could cover a distance of about 100 miles. It is also puzzling that the drones acted in a coordinated manner. And at other times there were 6 units in the air. How could an ordinary operator carry out such maneuvers, and even at night in poor visibility conditions?
It is noted that one of the explanations is some secret training of the American military from the island of San Clemente, where the military facility is located.

The investigation eventually reached the highest level. So far, only one thing is known for sure - the Navy has a large array of data on these "meetings." But if the aircraft were not operated by the American military, then this is already a serious security threat. An even greater threat could be the use of such drones by a foreign country.
The investigation is said to be ongoing.

Ctrl Enter
Noticed oshЫbku Highlight text and press. Ctrl + Enter
We are
The destroyer Kidd became the second ship of the U.S. Navy with a massive infection COVID-19Mass infection COVID-19 recorded on another ship of the U.S. Navy
Military Reviewin Yandex News
Military Reviewin Google News
47 comments
Information
Dear reader, to leave comments on the publication, you must sign in.