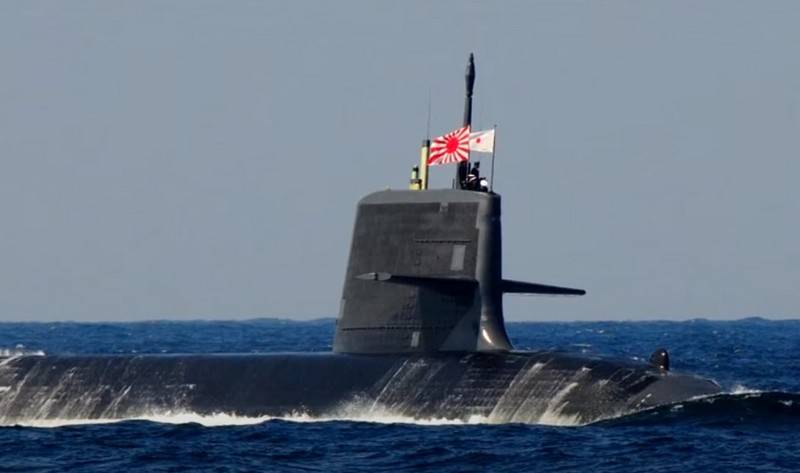 The Japanese naval forces have been replenished with another Soryu-class attack submarine. Solemn ceremony of transferring the submarine to the fleet took place on Wednesday at the shipyard in the city of Kobe.


The Toryu (Fighting Dragon) submarine was built at the Kawasaki Heavy Industries (KHI) shipyard in Kobe and is the twelfth and last Soryu-class submarine to enter the country's navy. Further, the Japanese submariners will be armed with a new type of submarine.

"Toryu" is the second in the series to receive lithium-ion batteries, which have twice the capacity of conventional lead-acid batteries.

It is noted that equipping an air-independent power plant reduces the visibility of the boat for sonar and is under water for about 14 days, unlike 4-5 days in diesel-electric submarines without VNEU. The submarine is also equipped with automated systems and GAS, allowing to increase the efficiency of reconnaissance.
Ctrl Enter
Noticed oshЫbku Highlight text and press. Ctrl + Enter
We are
The last in the series of diesel-electric submarines of the Soryu class for the country's Navy launched in JapanIn Japan, the tenth litter-class submarine was launched
Military Reviewin Yandex News
Military Reviewin Google News
32 comments
Information
Dear reader, to leave comments on the publication, you must sign in.