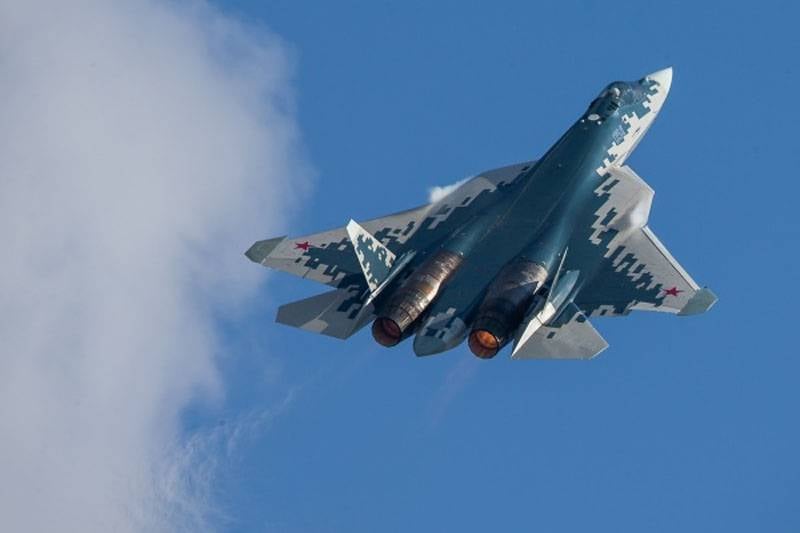 
Information Agency TASS with reference to the press service of the United Aircraft Corporation (UAC), reports on the passing of tests of the multimedia helmet of the Su-57 pilot developed by Russian specialists. It is noted that a promising helmet will help the pilot not only control a combat vehicle, but also capture a target for subsequent attack on it with those in the arsenal. weapons.

The message says that a helmet-mounted target designation and indication system has been created, which is integrated into the Su-57 pilot's helmet. The indication is carried out on the glass of the visor of the protective helmet of a whole range of data, including flight information, the image of the space outside the cockpit of the fighter, formed by cameras and thermal imagers.

Such a helmet-mounted system will allow the pilots of the Russian Aerospace Forces to carry out operations in difficult meteorological conditions, in the dark, to perform complex maneuvers.

Recall that earlier a multimedia helmet was created in the United States for pilots of F-35 fighters. Its original price was 700 thousand dollars. Then they managed to reduce it by about half. However, American military pilots continue to criticize the US-designed helmet. For example, if the pilot tilts his head down or turns at a sufficiently large angle, then the information on the visor of the helmet may be displayed incorrectly due to the misaligned coordinate axes. In this case, there is a "side" in the form of a green glow. The fact that in the United States such a problem has been resolved has not yet been reported. The Chinese Air Force also has multimedia helmets.

Ctrl Enter
Noticed oshЫbku Highlight text and press. Ctrl + Enter
We are
Rostec: flight tests undergo a new helmet-mounted target designation and indication system for pilots of the Air Force (VKS) of the Russian FederationReports from the militia of New Russia for 27-28 September 2014 of the year
Military Reviewin Yandex News
Military Reviewin Google News
34 comments
Information
Dear reader, to leave comments on the publication, you must sign in.