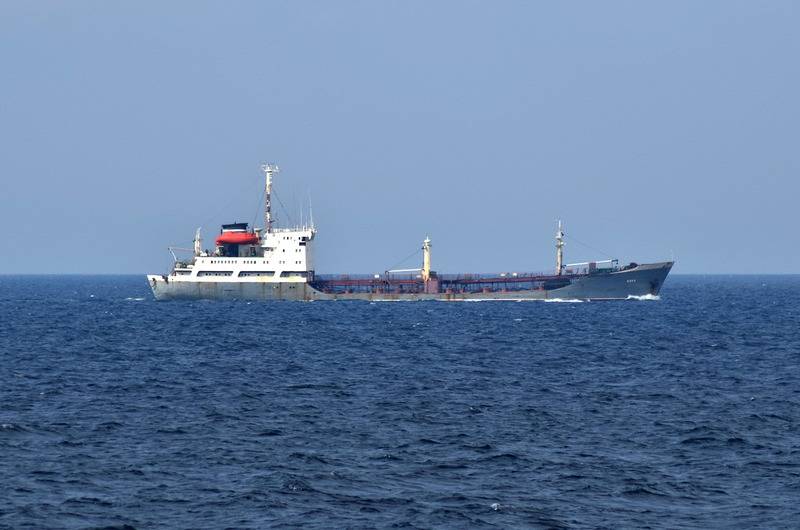 In the Gulf of Suez of the Red Sea, a collision occurred between the Russian military tanker Cola and a bulk carrier flying the flag of Barbados. This was reported by the press service of the Baltic fleet.


As follows from the message, the foreign dry cargo ship "Ark Royal" violated the rules of navigation and touched the stern part of the Russian military tanker "Kola". As a result of the collision, there were no casualties on the Kolya, no fuel spills, the tanker continues to carry out the task of escorting the Stoyky corvette.

On March 23, 2021 at 8:03 (Moscow time) the sea-going dry cargo ship "Ark Royal", flying the flag of Barbados in the Gulf of Suez (the middle part of the Red Sea), violated the rules of navigation and allowed a bulk on the stern part of the Baltic Fleet tanker "Kola" (. ..) Tanker "Kola" does not need any help and continues to move according to the transition plan
- said in a statement.

The captain of the dry-cargo ship "Ark Royal" admitted his guilt in the incident, he was declared a sea protest.

Earlier it was reported that the military tanker "Kola" is accompanying the corvette "Stoyky" of the Baltic Fleet, performing combat missions in the Red Sea. The detachment left the Baltic on December 16, 2020, during a long voyage, twice replenished stocks in Oman, made a friendly visit to Port Sudan, where a logistical support point will be built. In February, Steadfast and Kola participated in joint exercises with the Iranian Navy.

Ctrl Enter
Noticed oshЫbku Highlight text and press. Ctrl + Enter
We are
Reports from Strelkov Igor Ivanovich 18-19 July 2014 of the yearThe situation in the south-east of Ukraine. Chronicle of events. 3 May
Military Reviewin Yandex News
Military Reviewin Google News
76 comments
Information
Dear reader, to leave comments on the publication, you must sign in.