Drawn Karabakh: Looking from the Future 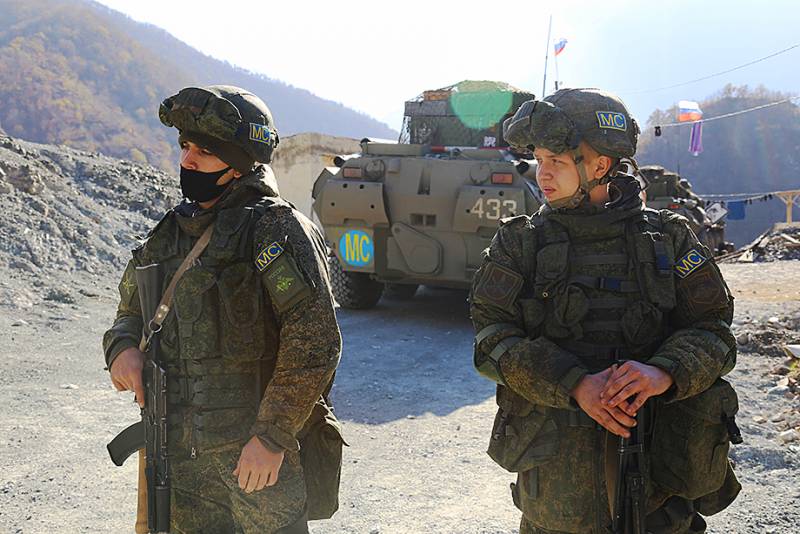 The situation in Armenia seems to have stabilized. Nikol Pashinyan, who was aptly named "Azerbaijanian of the Year", managed to sit in his chair.

But how long has peace been established in the South Caucasus?

And what should be the further diplomatic and military movements of Russia in this region?

The emergence (or rather, the return) of a new extremely active and not always friendly player, Turkey, in the Transcaucasus, literally requires changes. From everyone, including Russia. 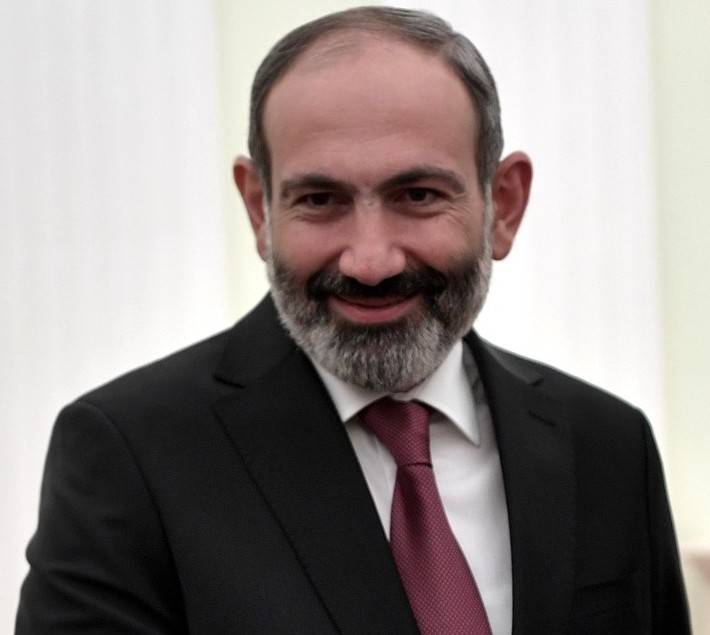 It is no secret that in the Kremlin, with Pashinyan's coming to power, the attitude towards the Armenian elite, and towards the future of this country, and towards its status as a Christian outpost in the region, has radically changed. Immediately a lot of problems arose that a small Transcaucasian country endowed Russia with.

The further fate of Armenia began to interest Moscow only in the context of its own geopolitical interests, which is understandable and logical.

The successive and hating authorities of Armenia had thirty years to solve the problem of the occupied territories. But a solution never appeared, with all the abundance of options, the corresponding UN resolutions and support for integration structures like the EAEU, CSTO, etc. etc.

But the Karabakh cart did not budge.

It seemed to the Armenians that the conflict was frozen for centuries.

The retribution for this delusion was cruel.

About ten years ago, Azerbaijani leader Ilham Aliyev made a fundamental decision to create a new type of army in the republic. 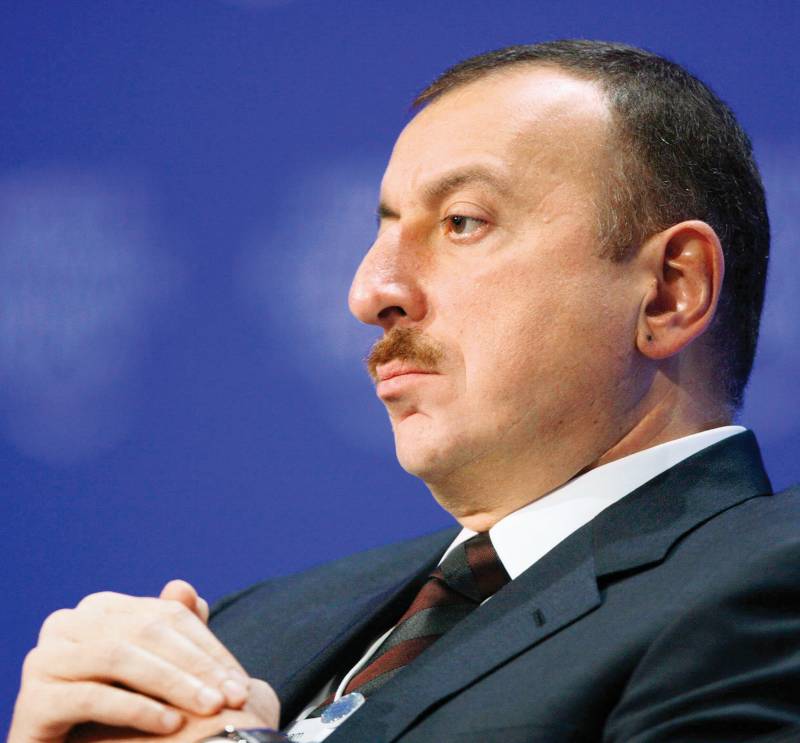 In addition, he accepted the offer of "Erdogan's friend", which was extremely difficult to refuse. Azerbaijan began to buy heavy weapons from Turkey and Russia. Thousands of Azerbaijani officers have been trained in Turkish military universities.

Two years ago, a dress rehearsal and reconnaissance in force was held, as a result of which about a hundred soldiers were killed on both sides. At the same time, it was decided in principle to introduce into the game the Turkish drones "Bayraktar", which was assigned the mission of the chief coordinator of long-range artillery. It was the "homework" of the Azerbaijani side.

The Kremlin calculated the next Karabakh war "from a to z". All its consequences were predicted and analyzed. A number of behind-the-scenes negotiations were also held with Aliyev and the general staff of his republic.

As a result, it was decided to take the position of an outside observer until Azerbaijan returns all the territories that had been taken away from it.

It was not by chance that the main bargaining flared up because of her. From the convenient positions of Shushi, the Azerbaijani army with its long-range artillery is capable of covering the capital of Karabakh - Stepanakert.

As a result, apparently, the most experienced Aliyev made such proposals to the Kremlin that outweighed the need to cover up its traditional ally - Armenia. Azerbaijan was actually allowed to take Shusha. And he took it.

With Nikol Pashinyan, who at that time was vigorously clearing out his general staff from pro-Russian officers, no one was going to conduct such negotiations. In fact, the defeat of Armenia was programmed.

The Azerbaijani army did not shine with any new military thought and new technology (except for the "Bayraktar") in this theater of military operations. In fact, it acted according to the "Afghan patterns" well-known in the Russian General Staff.

But even they were too tough for the renewed Armenian generals. After the end of the campaign, the exemplary flogging of the Armenian elite quickly ended, which, fortunately, did not turn into a repetition of the events of 1915 or 90s.

Now the Armenians of Stepanakert will live under the gun of the Azerbaijani artillery. And it seems that the Kremlin is convinced that this will have a very good sobering effect for the Armenian elite.

Although Shusha itself is now also under the gun of the Ulyanovsk airborne brigade, which is densely settled in Karabakh. Such is the "policy of checks and balances" with the participation of long-range artillery - new "colors" of the Kremlin's Caucasian policy.

Little of. Many experts and political strategists (mostly of Armenian origin) hysterically warned the Russian elite about the prospect of an inevitable Turkishization of Transcaucasia. But in the Kremlin, they began to perceive this with Olympic calmness (which was not the case before, in principle).

Turkish expansion into Georgia and Azerbaijan was inevitable from the moment these republics gained their sovereignty. The former Soviet Transcaucasia is a kind of geopolitical piston of a huge region. If one player leaves, another will immediately come.

And all that the “proud” elites of the Caucasian quasi-states are capable of (and really can do) is to change their masters. And that is not on their own. They will never be independent players in the region.

Russia has not expressed a great desire to return to the region filled with problems.

With the same Georgia, any diplomatic relations have been frozen for many years. The Kremlin remembered her only when it was necessary to pull out another poisoned Georgian splinter from its body and "squeeze out" another region (Abkhazia, South Ossetia) as punishment.

And always with some kind of local war, some upheavals, casualties among the Russian peacekeepers ... Only in South Ossetia, in the course of the eight-day war, half a company of Russian paratroopers-peacekeepers died. 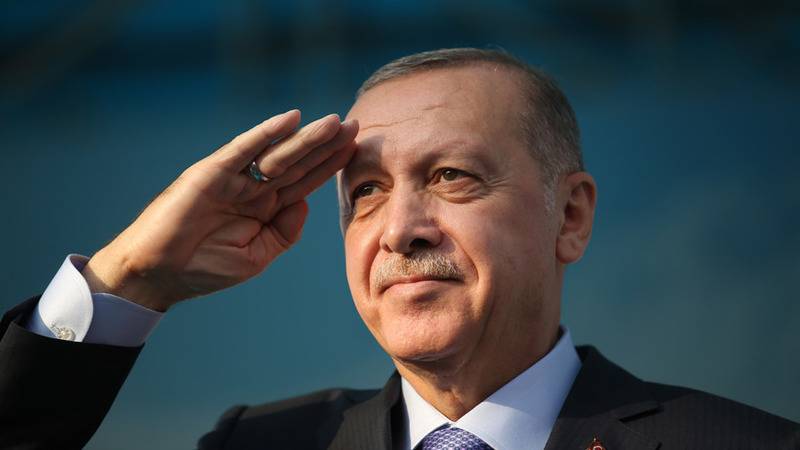 And Receb Tayyip Erdogan today is one of the most intelligible partners of Moscow. And the Kremlin, it seems, is not opposed to having one instead of a kaleidoscope and flickering of small scandalous and unpredictable kings in the region. But predictable and at least relatively reliable.

Although it is difficult to call Erdogan absolutely reliable, you see. Indeed, in his geopolitical deck there are several trump cards, which our violent and problematic Transcaucasian neighbors do not have in sight.

First. Turkey is a real self-sufficient state with its clearly defined national interests (in contrast to the Transcaucasian quasi-states). She, unlike the neighboring pygmies, will never look for a new owner overseas.

It is always easier to deal with such states. Leaders of such countries, as a rule, remember well their reputation and momentary image, knowing what loss of face means. Especially in the East.

Second. According to Putin, Erdogan is always predictable and always keeps his word. And if it crosses the red lines somewhere, then it is quickly put in place - including in its geopolitical underbelly (Syria), as well as in its own territory.

Third. An excellent deterrent to a possible Turkish expansion in the Transcaucasus is the presence in the neighboring region of an entire army of "Putin's foot soldier" Ramzan Kadyrov, loyal to Russia.

And the question of replacing part of the Ulyanovsk airborne brigade with Chechen "infantrymen" seems to be only a matter of time. Pro-Turkish militants have clashed with Chechens in Syria many times.

They will never tease this mountain wolf unnecessarily. Moreover, Ramzan himself has long dreamed of “forcing” someone to peace in the neighboring region.

And the Armenian people will now have to live for centuries with another poisoned thorn in their hearts - after the loss of Ararat and the vast territories adjacent to it.

Alas, such is the price of the shortsightedness, vanity, and arrogance of his modern elite.

History, as you know, does not teach anyone anything. But he takes cruel revenge for her ignorance.