Nuclear failure. How Siberian rivers did not enter the Caspian 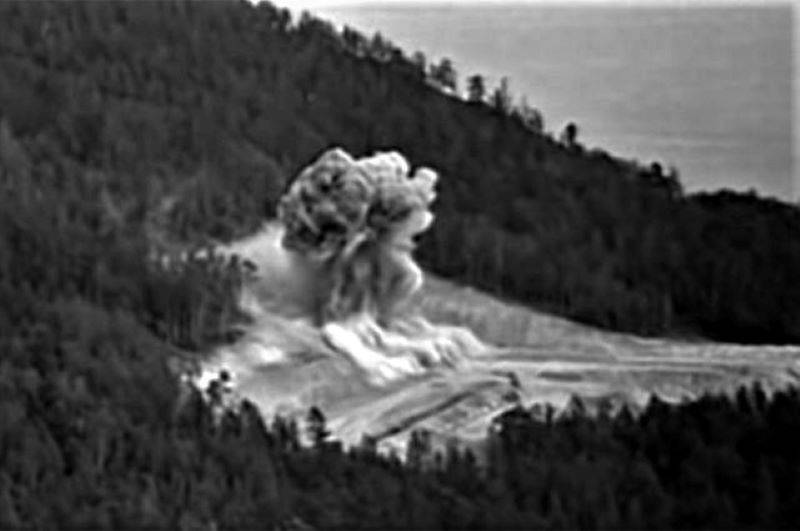 And megatons in the mind

Exactly half a century ago - on March 23, 1971, three 127-kiloton nuclear charges were detonated simultaneously in three underground wells, 15 m deep, between the Kolva and Pechora rivers. Little is written about these explosions and blockbusters are not filmed. Although the harm from them was considerable. And in case of continuation it could turn out to be completely disastrous.

It exploded then near the villages of Chusovskoye and Vasyukovo in the Cherdynsky district of the Perm region. There, between Kolva and Pechora, a canal was planned to transfer water from the Kama basin and these deep rivers to the North Caspian.

However, the inhabitants of those villages, as well as the large nearby town of Krasnovishersk, no one thought to evacuate with the given, if I may say so, "work".

It is difficult to surprise Perm residents with explosions. Even so powerful. And then it was considered nothing more than an integral part of large-scale government projects.

As you know, there were serious plans for the transfer of northern rivers to the Lower Volga, as well as to the Caspian and Aral basins. The implementation of these projects, in contrast to the energetic plowing of virgin lands, did not take place either in the 70s or later.

But the disastrous consequences of those explosions, called "Taiga", turned out to be practically indefinite. However, everything could have turned out to be not only worse, but much worse - after all, in order to create channels through which it was planned to transfer the northern European rivers, it was supposed to produce up to 250 nuclear explosions!

But in reality, only one series of three simultaneous explosions took place - on March 23, 1971.

The shaking was then felt by the villagers within a radius of 60 km. The soil was thrown through the flames by the explosion to a height of up to 300 m.After that, it began to fall down, creating a growing dust cloud, which rose to a height of about 1800 m.

At the same time, no data on the radiation consequences of the aforementioned explosion were disclosed by the relevant authorities. And even today, these data are only rarely found in purely "unofficial" publications.

And yet it is well known that you cannot hide a sewing in a sack.

Radioactive particles soon after the explosion spread to Finland and Sweden, where it was quickly recorded. And this was a violation of the Moscow Treaty Banning Nuclear Testing in Three Environments.

As you know, the treaty was signed by the USSR, the USA and Great Britain on August 5, 1963 in Moscow. Among other things, and therefore this project was closed by the fall of 1974. But his traces still remain in the same area of ​​the Perm Territory. 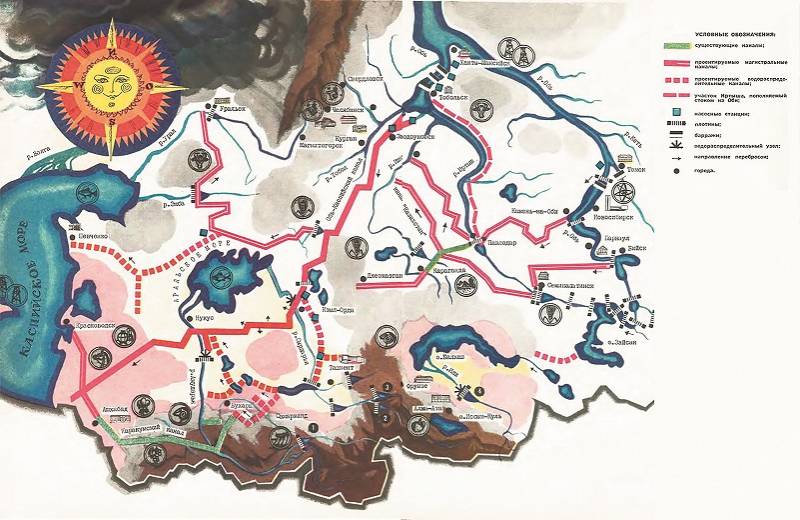 And the transfer of northern and western Siberian rivers was sanctioned by the plenum of the Central Committee of the CPSU (December 9, 1968), instructing the State Planning Committee, the State Committee for Supply and 20 other Soviet departments to work out schemes and resource support for transferring the flow of the Pechora, Vychegda, Kama and tributaries to the Caspian-Lower Volga basin.

In parallel, the West Siberian Ob, Irtysh and Tobol were supposed to "retarget" to the Aral Sea. As prescribed by the party Central Committee, for:

The bill went to billions of rubles and ... millions of people

As noted by the head of the State Planning Committee of the USSR in 1949-1957. Maxim Saburov (1900-1977), ranked in 1959 among the "anti-party group of Molotov, Malenkov and Kaganovich, as well as Shepilov who joined them", such unpredictable projects

“We were collectively lobbied by the leaders of the Central Asian republics.

Instead of rational use of local water resources, elimination of errors in planning local water supply, and especially land reclamation, these figures began to promote the diversion of Russian rivers in unison.

Threatening disruptions in their regions of the implementation of national economic plans with "serious for the whole country social and, possibly, internal political consequences" in the same regions.

And the Politburo did not dare to conflict with all the heads of the Central Asian republics at once, including Kazakhstan.

I do not exclude that corruption "threads" from that region to the leading Soviet structures also contributed to the 1968 decision. " 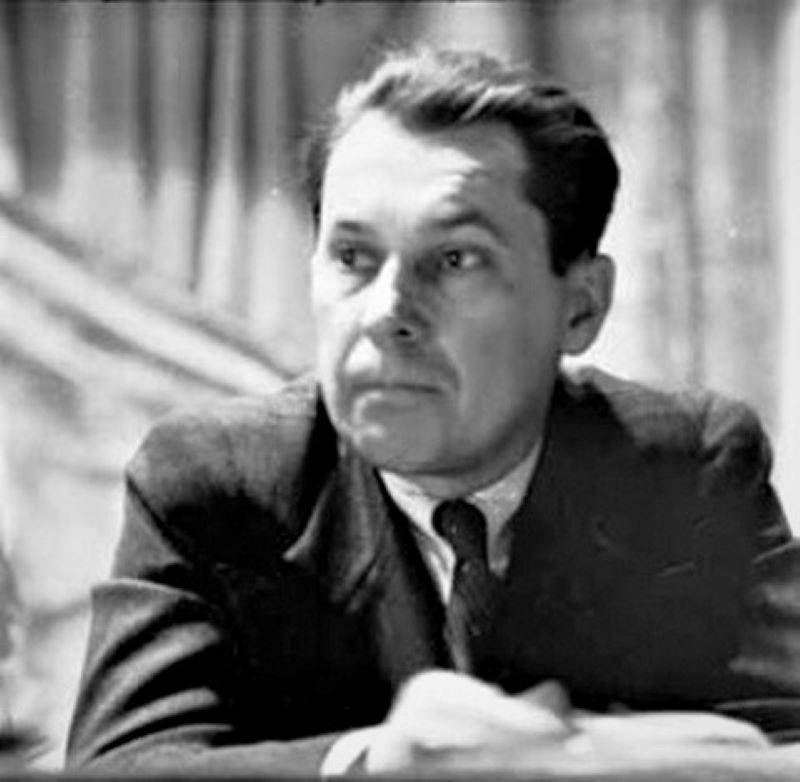 From the VO dossier.
M.Z. Saburov was an advisor to I.V. Stalin on economic issues at the Yalta and Potsdam conferences of the allies (1945), headed the commission of the Council of People's Commissars (Council of Ministers) of the USSR on reparations in Germany and Austria 1945-1948.
In 1958-1966. - Director of heavy machine-building factories for the processing of plastics in the city of Syzran (Kuibyshev region).
Withdrawn from the Central Committee of the CPSU in 1961 for criticizing the decision of the 1961nd Congress of the CPSU (XNUMX) to remove the sarcophagus with Stalin from the mausoleum.
Honorary Member of the Albanian Party of Labor (1961-1991).
Since 1967 - retired republican (RSFSR) value. 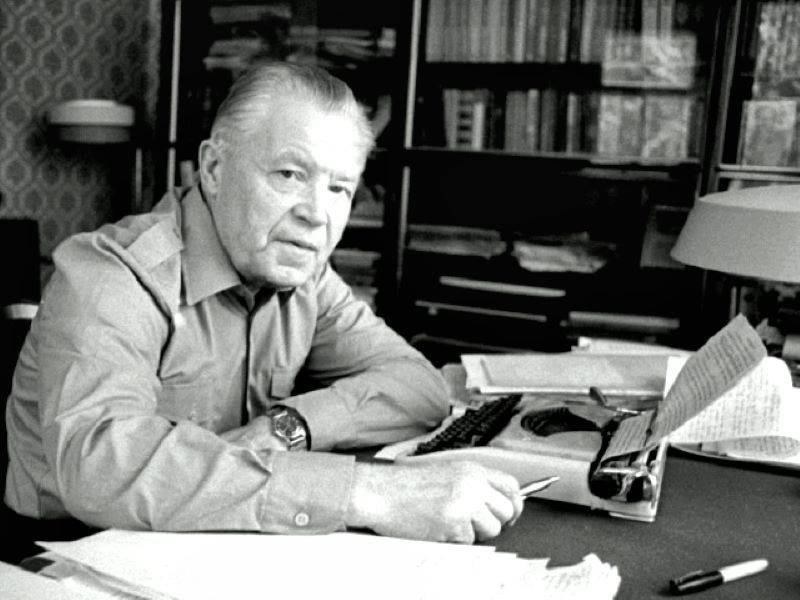 It is interesting that Sergei Zalygin (1913–2000), a famous Russian writer, ecologist, and reclamation engineer, had a similar opinion:

“The transfer of rivers would cause indefinite and, moreover, irreparable damage to the economy, social sphere, and all components of the biosphere in vast regions of Russia.

And the problem of water shortage in Central Asia is being solved through the introduction of water-saving technologies, integrated development of water resources in that region. "
The background of those projects was, according to the accurate assessment of the writer, still

“And the fact that, if the projects were carried out, the ministries of land reclamation and water management of the USSR and the RSFSR, they would begin to master huge amounts of money.

They would have sufficed them for ten years.

In pursuit of such money, they went to lie, forgery and speculation, as well as to "link" with the Central Asian authorities.

In those departments, they only thought about how to quickly get such a huge amount of money for the "transfer" and use it.

Moreover, those departments had, in general, up to 200 organizations, and they have at least two million employees. "

As for the aforementioned explosion in the Perm region, with its "help" a channel 700 m long and 380 m wide, with a depth of 11-15 meters, was formed. Due to the fall of the ground, a wide parapet was formed around the canal.

In the future, the project, we repeat, did not come true. But a lake appeared in the bed of that channel. It is called that:

"Nuclear".
Despite the "name", the lake remains a popular fishing spot. And the shores are still popular with mushroom pickers (see Journal of Environmental Radioactivity, Amsterdam (NLD), 2011, Vol. 102; 2012, Vol. 109).

In the summer of 2009, the St. Petersburg Research Institute of Radiation Hygiene named after V.I. Ramzaeva conducted a study of radiation pollution in the area of ​​those explosions.

Dots with an increased background of gamma radiation were found, caused mainly by the isotopes of cesium - 137Cs and cobalt - 60Co. Isotopes of niobium - 94Nb, europium - 152Eu and 154Eu, bismuth - 207Bi, and also americium - 241Am (a product of beta decay of plutonium - 241Pu) were also found in the area of ​​the explosion.

According to this research institute, in 1979 the calculated dose rate of gamma irradiation in the same place was 95% due to the contribution of cobalt - 60Co. In 2039, it will be mainly (90%) provided by cesium - 137Cs.

Such estimates are indirectly confirmed by the National Association of Oil and Gas Services (RF). According to her data dated May 27, 2019, in the same area of ​​the Perm Territory

"In some areas, an increased level of radioactive radiation is still recorded."
Without any explanation.

At the same time, this output is kind of mixed:

"In general, the background radiation is within the normal range there."
Well, very laconic pragmatism ...