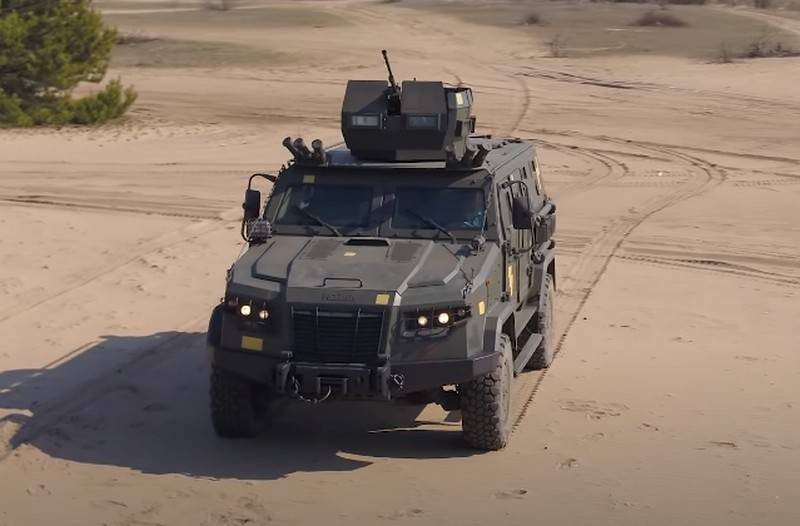 Ukrainian marines will be transferred to armored vehicles of the same type. The decision to equip the Marine Corps units of the Naval Forces of Ukraine with armored combat wheeled vehicles "Kozak-2M1" of Ukrainian design was taken by the Ministry of Defense of the country. This was stated by the Commander of the Ukrainian Navy, Counter-Admiral Oleksiy Neizhpapa, reports Defense Express.


The Ukrainian military department made a decision on the transition of the Naval Forces Marine Corps to a single type of armored vehicles. In addition to the amphibious armored personnel carrier BTR-4E (with additional floats on the sides), the marines will receive Ukrainian armored vehicles "Kozak-2M1".

As explained, currently there is no uniformity of equipment in the units of the Marine Corps of the Naval Forces of Ukraine, each battalion has its own equipment. The first batch of armored vehicles has already been delivered to one of the battalions, in the future it is planned to re-equip others.

In the future, this equipment (BBKM "Kozak-2M1") will also be distributed among the Marine Corps units that perform specific tasks. But currently this technique is in the same battalion.
- said the commander of the Ukrainian Navy.

The Kozak-2M1 armored vehicle is a modification of the Kozak-2M armored vehicle for the Ukrainian airborne assault troops. It is stated that the armored car meets NATO standards for protection against small arms weapons and mine protection. The armor withstands an armor-piercing incendiary bullet of a caliber of 7,62 mm "in any projection" and an explosion of a landmine under the wheel, corresponding to 8 kg of TNT.

The armored vehicle has a fully bearing armored hull and independent suspension. The mass of the armored car is 12 tons, it is equipped with a 280-horsepower diesel engine with a volume of 5,9 liters and a torque of 950 N * m, ground clearance is 500 mm. The maximum speed is 110 km / h. Crew - 2 people + 6 people landing. A heavy machine gun in a protected turret can be mounted on an armored car.
Ctrl Enter
Noticed oshЫbku Highlight text and press. Ctrl + Enter
We are
The characteristics of the Kozak-2M1 armored vehicle, put into service with the Armed Forces of Ukraine, have been clarifiedUkrainian armored car "Kozak-2M1" adopted by the Armed Forces
Military Reviewin Yandex News
Military Reviewin Google News
47 comments
Information
Dear reader, to leave comments on the publication, you must sign in.