"Could be near the island of Crete and monitor the US Navy aircraft carrier": some details of the "loss" of the Russian Navy submarine by NATO ships are presented 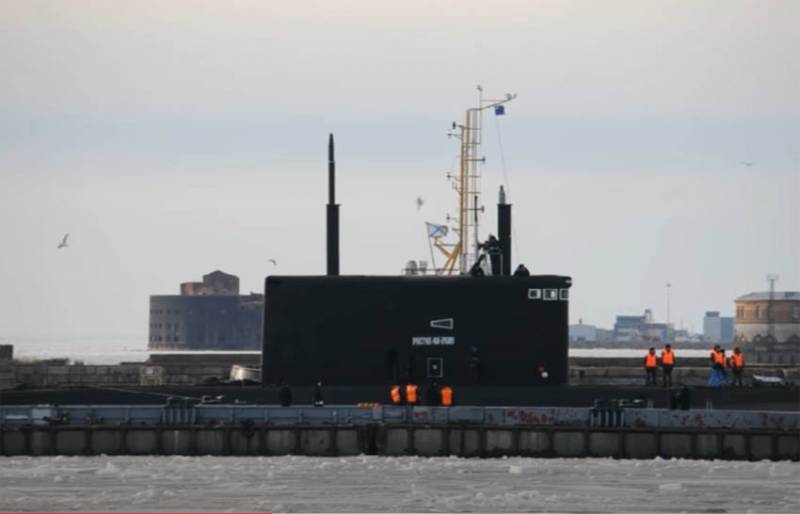 
It became known that several ships from different states that are part of the North Atlantic military bloc were involved in attempts to find a Russian submarine in the Mediterranean Sea. In particular, ships of the Greek, French and Italian naval forces were involved in the operation.

The reports say that "a signal that may have come from a Russian submarine" was tracked in the area of ​​the Greek island of Crete. " At the same time, it was stated that the signal was recorded by one of the ships of the French Navy, which was at that time in the area of ​​the territorial waters of Greece.

Attempts to trace the "lost" submarine Rostov-on-Don were reportedly made by one of the frigates of the Italian Navy. We are talking about the frigate Luigi Rizzo, which used electronic and radar capabilities, but was ultimately unsuccessful.

Greek media reports say that initially “the Russian submarine was tracked by the US Navy's P-8A Poseidon anti-submarine aircraft. According to some reports, it was in the Gibraltar area. However, then the “traces” of the submarine were “lost”.

Concern in NATO was caused by the fact that "there was probably a logistical failure, as a result of which warships in the Mediterranean did not receive timely information about the need to control the route of the Russian submarine."

It is added that the NATO anti-submarine forces had problems with tracking the diesel-electric submarines of the Russian Navy against the background of the American strike aircraft carrier group headed by the aircraft carrier USS Dwight D. Eisenhower ("Dwight Eisenhower") in the area of ​​the Greek maritime borders. Thus, it is emphasized that the Russian submarine "Rostov-on-Don" in the Crete region could be in close proximity to the US Navy aircraft carrier and monitor the American AUG.
Ctrl Enter
Noticed oshЫbku Highlight text and press. Ctrl + Enter
We are
Reports from the militia of New Russia for 27-28 September 2014 of the yearInterview of Vladimir Putin with Radio Europe-1 and TF1
Military Reviewin Yandex News
Military Reviewin Google News
122 comments
Information
Dear reader, to leave comments on the publication, you must sign in.