The consequences of the deployment of the S-300V1 and S-300PS of the Armed Forces of Ukraine near Kramatorsk. An unexpected alignment before the upcoming escalation 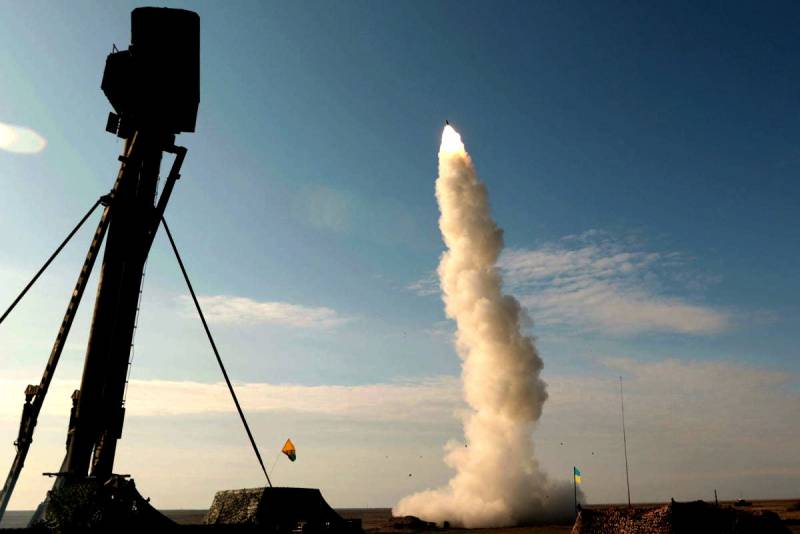 In light of the observed intensification of the preparation of the General Staff of the Armed Forces of Ukraine for offensive "attacks" in several operational areas of the Donbass theater of military operations, as well as for the planned implementation of provocative actions on the Russian-Ukrainian border between the Republic of Crimea and the Kherson region, skillfully motivated by impressive military-technical support from the Pentagon and Turkey and the aggressive anti-Russian rhetoric of the current 46th head of the White House Joe Biden, the information of the Dat Viet publication about the urgent deployment of 5 self-propelled launchers of the military anti-aircraft missile system S-300V1 near the line of contact, attracted extremely close attention of Donetsk and Russian military experts ...

According to the aforementioned Vietnamese portal, citing a knowledgeable source in the defense department of "Nezalezhnaya", the S-300V1 anti-aircraft missile battery deployed to the Donbass theater of operations will be involved in the formation of a zone-object layered anti-aircraft / anti-missile "umbrella" covering the command and staff infrastructure, and also one of the separate mechanized and / or airborne assault brigades of the Armed Forces of Ukraine participating in the offensive "throw" in one of the three key operational directions from strikes by operational tactical ballistic missiles, as well as tactical air-to-surface missiles used from the the Su-25 attack aircraft, which is in service with the 2nd Army Corps of the NM LPR.

Meanwhile, given the fact that the deployed S-300V1 battery will be integrated into a single layered air defense-missile defense system with the Buk-M1 self-propelled medium-range air defense systems in service with the Ukrainian Armed Forces and the S-300PS medium / long-range air defense systems, it is not difficult to assume that the "hotheads" in the General Staff of the Armed Forces are preparing not only for retaliatory missile and missile-artillery strikes of the 1st and 2nd AK of the People's Militia of the LDNR with the use of the Tochka-U OTRK and the Smerch MLRS, but also for the probable " power dive "with the Aerospace Forces and units of the Missile Forces and Artillery of Russia.

After all, the estimated total ammunition load of the S-300V1, S-300PS and Buk-M1 complexes transferred to the Donbass theater of operations, even according to the most conservative estimates, can be about 150-200 anti-aircraft guided missiles 9М83, 5В55Р and 9М38М1, several times exceeding the number of armament of the republican army corps of operational-tactical BR 9M79-1 "Tochka-U", and, possibly, 300-mm corrected missiles of the 55th "line" (with indices 9M55S / F / K1-7) for MLRS of the Smerch family ".

Moreover, it is quite obvious that the positions of the aforementioned anti-aircraft missile divisions, covering the command and staff infrastructure of the Armed Forces of Ukraine and the joint base / jump airfield near Kramatorsk (during the escalation, it can be used as the main base point for Su-25 attack aircraft, Mi-8MTPB electronic warfare helicopters / PPA), are located at a distance of about 75-80 km north of the line of contact, outside the reach of 300-mm rockets 9M55F / K1-7.

As a result, "break through" and suppress the anti-missile umbrella of the Air Force "Square" by means of standard ammunition sets of multiple launch rocket systems "Hurricane" and "Smerch" (not to mention the cannon artillery), which are in service with the rocket artillery divisions of the 1st AK NM DNR , is unlikely to succeed.

To successfully complete this task, it will be necessary to provide the LDNR army corps with an appropriate "package" of military-technical assistance, within which the ammunition sets of the 9K58 Smerch MLRS should be retrofitted with 9M528 / 542 type adjustable / guided missiles with a range of 90 and 120 km, respectively. Such a step may become the most adequate asymmetric response to the provision of the Armed Forces with FGM-148 Javelin anti-tank systems and Bayraktar TB2 strike-reconnaissance UAVs.

What is equally important, in order to achieve maximum efficiency during the breakthrough of the anti-missile "barrier" of the APU, the "outfit" of corrected / guided missiles of this modification (9M528 / 542) in one salvo should be 2-3 times higher than the target channel of the above-described Ukrainian mixed anti-aircraft missile brigades.

After all, it is well known that even a pair of S-300PS anti-aircraft missile regiments and one S-300V1 battery have a total target channel of about 30 simultaneously intercepted aerospace attack vehicles of the enemy, implemented by means of 6-channel radars for illumination and guidance 30N6E and multifunctional radar 9S32.

An increase in the "squad" of URSs in one salvo can be achieved only by supplying the army corps of the republics with a couple of dozen additional combat vehicles (self-propelled launchers) 9A52 / -2 "Smerch".

Ctrl Enter
Noticed oshЫbku Highlight text and press. Ctrl + Enter
We are
A proper response to the delivery of Kiev ATGM FGM-148. Complexes "Svir" will be able to stop the upcoming offensive of the Armed Forces in the DonbassKerch parade "ahead of the curve" or "last Chinese warning"? “Kherson chaos” and escalation in LDNR
Military Reviewin Yandex News
Military Reviewin Google News
129 comments
Information
Dear reader, to leave comments on the publication, you must sign in.