"Wolverine": the indispensable role of a special forces platoon 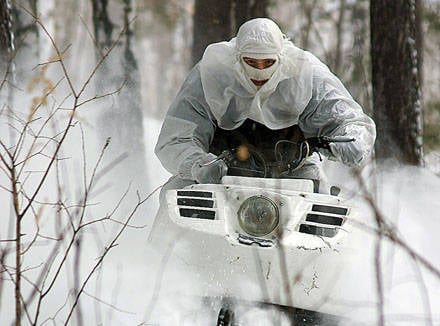 There are special units in the special forces of the internal troops of the Ministry of Internal Affairs of Russia - separate special forces platoons for the protection of important state objects. They are part of a large security and defense system organized around secret enterprises, in which they have their own important role - countering sabotage or terrorist groups. Zheleznogorsk "wolverines" - one of these units. 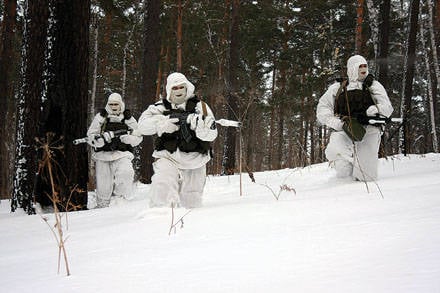 A special-purpose platoon "Wolverine" of a separate Zheleznogorsk battalion of the internal troops of the Ministry of Internal Affairs of Russia was created on the basis of the special forces group of the same name. Formed at the end of 1994 of the year, a group of about a hundred people after eight months of training was sent to Chechnya as part of the combined detachment of special forces "Lynx". The soldiers received their baptism of fire by working side by side with their brothers from Vityaz and Rosich. Performed normal spetsnaz work. They conducted reconnaissance in a mountainous and wooded area, accompanied the movement of columns, and ensured the activities of engineering reconnaissance patrols. Not without loss. BTR’s mechanic-driver, sergeant Alexander Galle, who died during a special operation in the Jalka forest, will always be remembered. Subsequently, he was awarded the title Hero of Russia. After the conclusion of the “peaceful” Khasavyurt agreement, the group was sent to the point of permanent deployment, where it existed until August 1998. By order of the Minister of the Interior, a platoon was created at the base of the special forces unit. 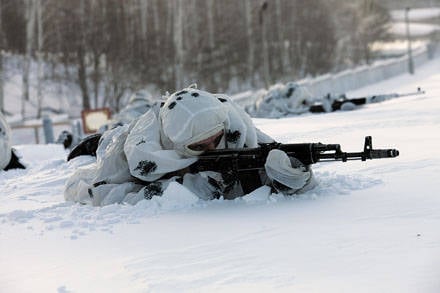 Since that time, the tasks for the wolverines have not changed. Of course, the special forces platoon is not the first and not the last barrier on the way of the bandits, but one of the most reliable. Siberians operate on the principle of army special forces, making long field exits in the taiga, conducting reconnaissance of the area, practicing possible options to reflect the capture of objects. However, the specificity of the special forces of the law enforcement forces allows, if necessary, to conduct an assault on the vehicle and the building.
A platoon is commanded today by Senior Lieutenant Sergei Kornilovich. In the recent past, he served in the Rosich Special Forces detachment in the North Caucasus. The selection of those wishing to get into the elite platoon is conducted by the commander and ensigns-instructors. The basic requirements are very simple: the fighter must be completely healthy, with a stable mind, and have excellent physical training. Each candidate is required to explain that he is waiting during service - constant and hard training. As a rule, by the end of the selection, an average of about 5 – 8 people remain, of whom half a year after half of the service does not stand the load and leaves. “To survive, to win, to win, to survive!” Is the motto of “wolverines”. 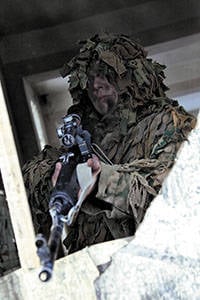 Combat training takes place in platoon according to the schedule. Practice tactics in groups and singly in mountainous and wooded areas and in the city. They learn to camouflage, using the terrain, set and neutralize mines and explosive devices, fire from ordinary and special weaponsin various ways to throw grenades. On the fiery assault strip overcome various obstacles and obstacles in the assault house and special buses to work out options for the release of hostages. Mining training sessions are held at the facility where a special stand is equipped. After lunch, as a rule, great attention is paid to the “wolverine” to improve their physical fitness.
More than 70 percent divisions are contractors. They all have combat experience. For the past few years, 3 – 4 servicemen have been systematically assigned to special forces units of the Siberian Regional Command during their visits to the North Caucasus region.