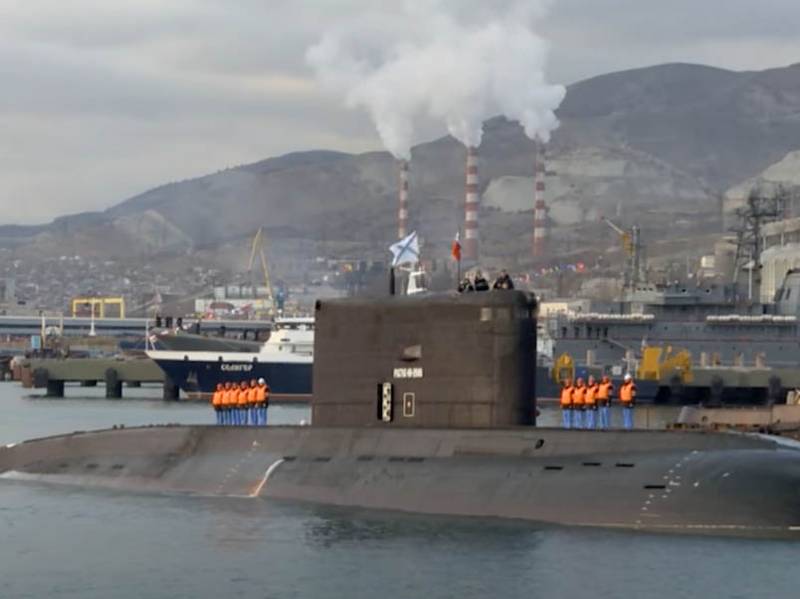 The network is actively discussing information about the actions of the Russian submarine "Rostov-on-Don" in the Mediterranean. On the eve there were reports that the submarine of the Russian Navy "disappeared" during the operation. These statements were the reason for the "hotheads" to claim allegedly "about the loss of communication with the submarine."


Today the information related to the events has become clear.

As the RIA News citing a knowledgeable source, Chernomorsky submarine fleet The Russian Navy is indeed in the Mediterranean. It is noted that the Russian submarine "Rostov-on-Don" "has not been able to detect the NATO anti-submarine group for a week."

It is stated that the Russian military command has not lost contact with the submarine.

It is worth noting that the first that "the Russian submarine disappeared from the control screens" was reported in the Israeli edition of News Israel. It was also added that “this fact has caused concern among the US command, which is responsible for the actions of the US naval forces in the Mediterranean. It was also added that "the concern is that the Russian submarine may be collecting classified information."

Meanwhile, the Russian Federation notes that the level of stealth of the B-237 "Rostov-on-Don" is very high. At the same time, it was added that it "even exceeds expectations", given NATO's anti-submarine capabilities in the Mediterranean.
Ctrl Enter
Noticed oshЫbku Highlight text and press. Ctrl + Enter
We are
Reports from the militia of New Russia for 27-28 September 2014 of the yearInterview of Vladimir Putin with Radio Europe-1 and TF1
Military Reviewin Yandex News
Military Reviewin Google News
152 comments
Information
Dear reader, to leave comments on the publication, you must sign in.