"Not fighters for independence, but German saboteurs": RG published materials of interrogation of the leader of the Latvian "forest brothers" 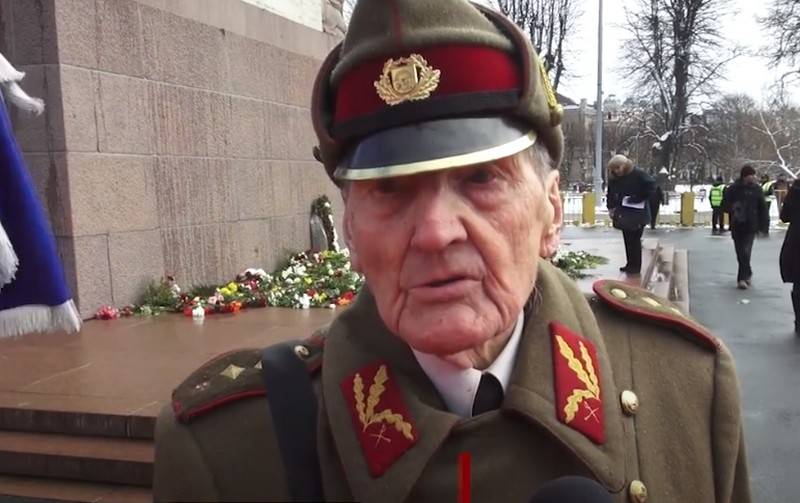 For the second year in a row, Riga has canceled the annual march in honor of the Latvian Waffen SS legionnaires. The Nazi march, first organized on March 16, 1994, did not stop until 2020, but the coronavirus pandemic made its own adjustments.


In "democratic" Latvia, former Nazi henchmen are considered "fighters for independence against the occupation of the USSR" and the myth is widely spread that in 1944, after the liberation of the Latvian SSR from the Nazis, the population almost en masse went into the forests to fight the Soviet regime. "Latvian partisans", as they say in Riga, were the people's fighters for the independence of Latvia from the Soviet occupation.

In fact, the "partisans" ("forest brothers") who went to the forests were not any fighters for the freedom of the Latvian people, but were sabotage units of the German special services. According to Rossiyskaya Gazeta, one of the largest "partisan" detachments operating in the Latvian SSR in 1944-1947, "Forest Cats" was actually formed at the direction of SS Reichsfuehrer Heinrich Himmler.

He was part of the "SS-Yagdferband-Ost" - a special unit created to carry out subversive work in the rear of the Red Army in the Baltic States and northern Poland. Detachment "Forest cats" was formed in the fall of 1944 by SS Sturmbannfuehrer Manfred Pehau from the former punitive police battalions, members of the nationalist organization "Aizsargi" and servicemen of the 15th and 19th Latvian SS volunteer divisions, who underwent special sabotage and subversive training.

"SMERSH" knew about the plans of the German special services to create "partisan detachments", so it intercepted the enemy's communication channels in a timely manner and was ready to fight the "partisans". On the territory liberated from the Nazis, the "Smershevites" staged a hunt for German agents and their Latvian henchmen. Many documents have fallen into the hands of Soviet intelligence, exposing the crimes of the "forest cats" and indicating their direct subordination to the SS.

Among the population, the organization "Jagdferband" became widely known as an organization created by the German intelligence agencies. In order to encrypt this "Jagdferband" changed its name and became known as "Latvian Partisan Organization"
- reported in August 1945, the head of the Main Directorate for Combating Banditry of the NKVD of the USSR, Lieutenant General A. Leontyev to the People's Commissar of Internal Affairs of the USSR, Marshal of the Soviet Union L. Beria.

Thus, spreading rumors, the sabotage detachment created by the Nazis turned into a "partisan", allegedly fighting for the freedom and independence of Latvia from the Soviet occupation.

Detained at the beginning of 1947, the leader of the "Forest Cats" SS Hauptsturmfuehrer Boris Yankavs during interrogations fully disclosed the circumstances of the creation of the sabotage detachment and its tasks set by the Nazis. The "godfather" of the detachment was Otto Skorzeny, it was he who appointed Jankavs as the commander of the group created for operations in the rear of the Soviet army.

(...) the sabotage and terrorist organization "SS Jagdferband" was a purely German organization, which, as I have already shown, was created by German intelligence and police agencies with the knowledge of the ruling circles of Hitlerite Germany to organize and conduct subversive work in the territories liberated by the Soviet army and the armies of the allies from the German invaders
- declared during one of their interrogations Jankavs.

In the future, he completely surrendered all his accomplices in the "Forest Cats", which led to the complete elimination of the sabotage detachment by the summer of 1947. However, many Latvian "partisans" from among the "cats" or "forest brothers" managed to escape punishment and hide in the West, where they entered the service of their new masters. It was these underdogs that began to spread myths about the "liberation war" that they allegedly waged in the Baltic states.

After the collapse of the Soviet Union and the acquisition of "independence" in the Baltic republics, the voices of the unbeaten "partisans" sounded again, and the authorities, fulfilling the will of the Western masters, began to support the former Nazis in every possible way, hiding behind myths about "partisans".
Ctrl Enter
Noticed oshЫbku Highlight text and press. Ctrl + Enter
We are
Reports from the militia of New Russia for 27-28 September 2014 of the yearRiot day
Military Reviewin Yandex News
Military Reviewin Google News
72 comments
Ad