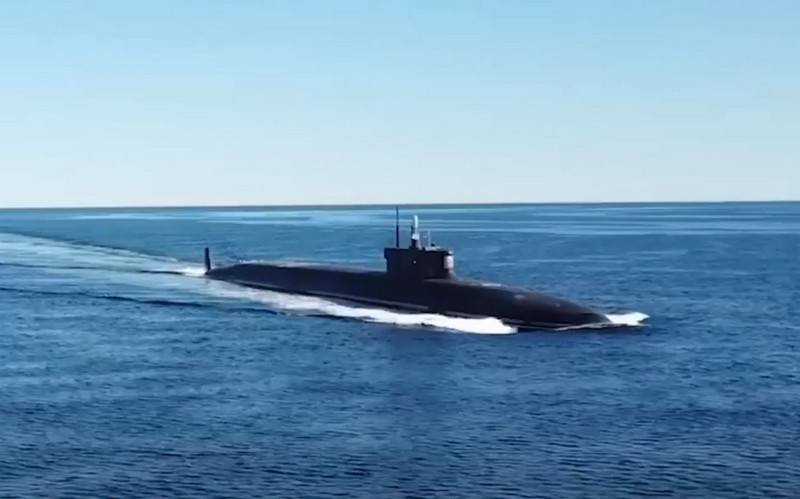 The first serial nuclear-powered strategic missile cruiser of the improved Borey-A project "Prince Oleg" will enter the Navy by the Day of the Naval fleet. Reports about it TASS with reference to a source in the DIC.


According to the source, the submarine is currently undergoing state tests, after which it will enter the fleet. The transfer will be timed to coincide with the Day of the Navy, which will be celebrated on July 25.

The first serial missile carrier of project 955A "Knyaz Oleg" after the completion of state tests will be handed over to the Navy for the Day of the Russian Navy
- he said.

During the tests, "Prince Oleg" will make a combat training launch of the Bulava missile from the Barents Sea at a target at the Kura training ground in Kamchatka. Shooting will be carried out from a submerged position.

Earlier it was reported that the APRKSN "Prince Oleg" will replenish the Pacific Fleet, although it was previously planned to leave it in the North.

It is assumed that after the completion of the construction of the Borey and Borey-A submarines, the Northern and Pacific fleets will receive five submarines of this project each. Missile carriers will become the basis of Russia's naval strategic nuclear forces. They carry up to 16 intercontinental ballistic missiles R-30 "Bulava-30" with a range of more than 9 thousand km and head units with a capacity of 150 ct.
Ctrl Enter
Noticed oshЫbku Highlight text and press. Ctrl + Enter
We are
The first serial APRKSN project 955A "Knyaz Oleg" launchedAPRKSN "Prince Oleg" of the 955A project will go to Kamchatka
Military Reviewin Yandex News
Military Reviewin Google News
21 comment
Information
Dear reader, to leave comments on the publication, you must sign in.