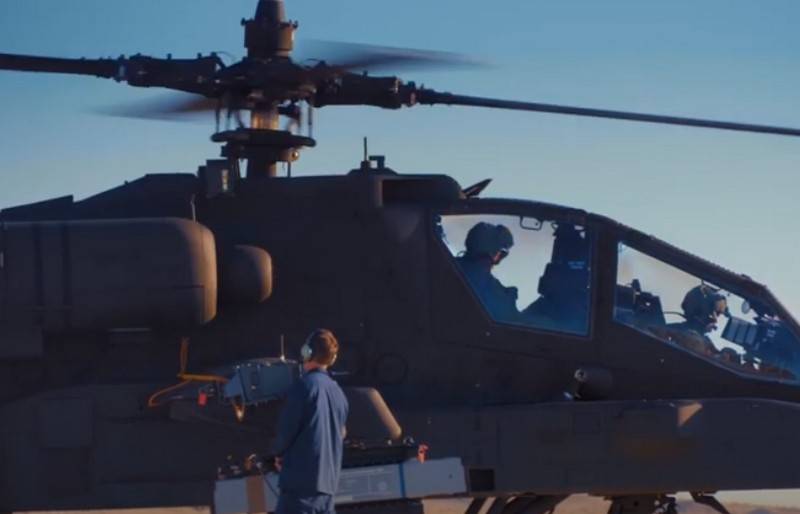 The American Boeing AH-64 Apache attack helicopter has received an Israeli Spike Non-Line-Of-Sight (NLOS) guided missile as a temporary weapons... This is reported by flightglobal.com with reference to the press service of the US Army.


According to the portal, the Israeli Spike NLOS missile has been adopted as a "long-range weapon" for AH-64 Apache helicopters. However, it is emphasized that this is a temporary option, then the United States intends to use a rocket of its own design on helicopters, but with characteristics like Spike NLOS.

The decision to adopt the rocket into service was made after successful tests, in which a Spike NLOS rocket launched from an AH-64 Apache helicopter successfully hit a stationary target at a distance of 32 km.

This weapon can hit targets at four times the range of current Apache ammunition.
- stated in the command of the US Army.

It was reported back in 64 that the US military is testing the Spike Non-Line-Of-Sight (NLOS) guided missile as a new weapon for the AH-2019E helicopter. Tests began in Israel, where the Americans observed the use of Spike NLOS from Israeli AH-64 Delta helicopters. After that, the series of tests was continued in the United States.

It is emphasized that the Spike NLOS will not replace the Hellfire missile, which has a range of approximately 8 kilometers. The US Army wants to keep alternative weapons.
Ctrl Enter
Noticed oshЫbku Highlight text and press. Ctrl + Enter
We are
Interview of Vladimir Putin with Radio Europe-1 and TF1December 2010 years. Russian March. Senseless and merciless? Notes not a Russian person
Military Reviewin Yandex News
Military Reviewin Google News
77 comments
Information
Dear reader, to leave comments on the publication, you must sign in.