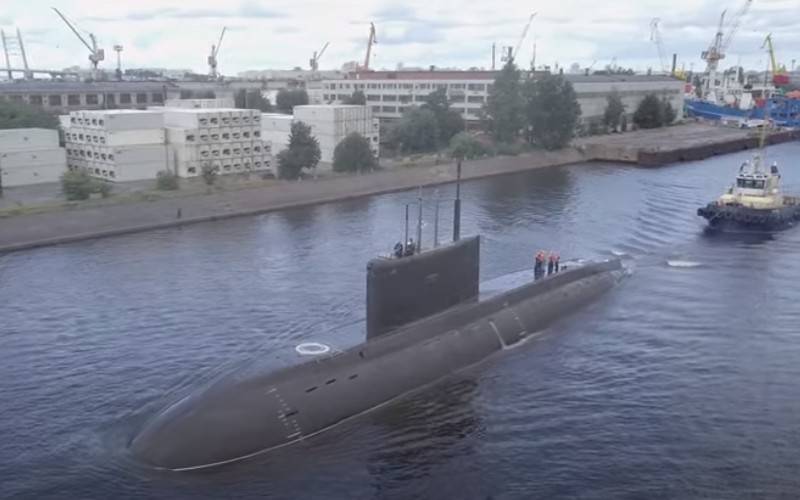 Construction of a series of diesel-electric submarines of project 636.3 "Varshavyanka" for the Pacific fleet will be completed in 2024. This was announced by Alexander Buzakov, General Director of the Admiralteyskie Verf shipyard.

The sixth boat will be handed over to the fleet in 2024, the construction of the series will be completed
- leads RIA News words of the CEO.

At present, Admiralty Shipyards have already handed over to the Navy the lead submarine of the Petropavlovsk-Kamchatsky series and the first serial Volkhov. Both submarines are to make an inter-fleet passage from the Baltic to the Far East, presumably in May along the "southern route": Mediterranean Sea - Suez Canal - Indian Ocean.

The third and fourth submarines of the Magadan and Ufa series were laid down on the same day - November 1, 2019. "Magadan" is being prepared for launching at the end of March this year, its readiness is already more than 80%, there is no information about the timing of a similar procedure with regard to "Ufa".

Earlier, "Admiralty Shipyards" built a series of six "Varshavyanka" for the Black Sea Fleet. Last summer, the general director of the enterprise said that Admiralty Shipyards are awaiting the signing of a contract for a series of diesel-electric submarines for the Baltic Fleet, since in 2021 some of the plant's capacities will be free. At the moment, the Ministry of Defense has not made a decision on the construction.
Ctrl Enter
Noticed oshЫbku Highlight text and press. Ctrl + Enter
We are
Terms of laying of the fifth and sixth "Varshavyanka" for the Pacific Fleet have been announcedList of CIA-funded Russian public organizations
Military Reviewin Yandex News
Military Reviewin Google News
32 comments
Information
Dear reader, to leave comments on the publication, you must sign in.