"Kazakhstan and Uzbekistan will help": the US offered to find new allies against Russia and China 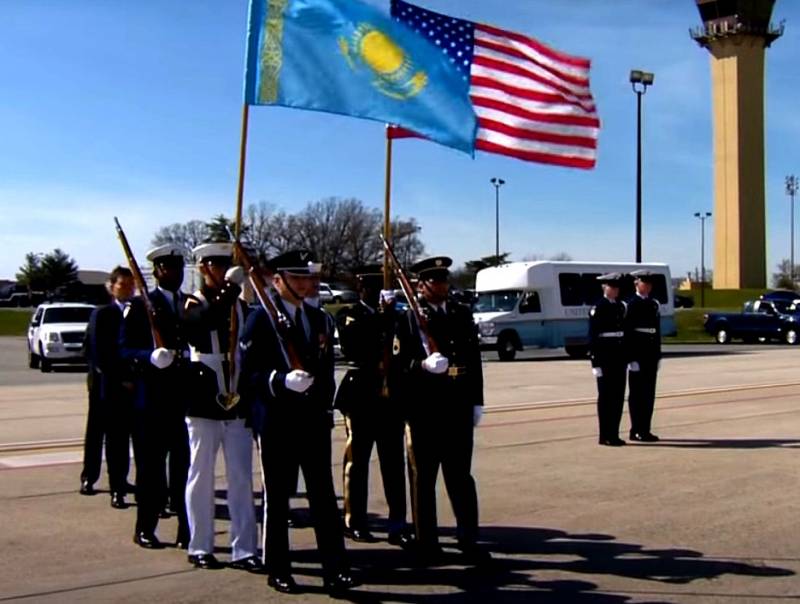 According to the American edition of The Wall Street Journal, the US presence in Central Asia is the weakest on the planet. Washington is active in many parts of the world, but Central Asia is actually left at the mercy of Russia and China. Meanwhile, it is in this region, according to the author of the American edition Kamran Bohari, that there is a very great potential for establishing the influence of the United States.

Why Kazakhstan and Uzbekistan

Bohari connects his greatest hopes with Kazakhstan, as well as with Uzbekistan and Kyrgyzstan. After the departure of Nursultan Nazarbayev from the presidency of the country, Kazakhstan has undergone significant changes towards the development of democracy, the American analyst writes. As a large and quite economically developed state, Kazakhstan is interested in ensuring its sovereignty in the face of dangerous and powerful neighbors - Russia and China. It is no coincidence that The Wall Street Journal calls Kazakhstan a regional leader and claims that it will help strengthen US influence in the region and in the fight against Russia and China.

Now Kazakhstan is already resisting Russia's regional expansion in the north of the country, as well as aggressive Chinese investments.
In addition, Bohari notes, Kazakhstan is a Muslim country, but with a clear tendency towards secularism, and therefore it can become an example of secular government and the observance of rights and freedoms in the Islamic world, which will also be strategically beneficial for the United States.

After the death of Islam Karimov, Uzbekistan also opened its borders for Western ideas, the American author writes.

Therefore, it is also possible, as indicated in the US media, to stake on Tashkent in the fight against Russian and Chinese influence. In addition, there is no doubt that the development of relations with Uzbekistan is of interest to the United States in terms of pressure on China through the exploitation of the Uyghur theme. The Uyghurs are the closest relatives of the Uzbeks, and the United States understands that having gained influence in Tashkent, the territory of Uzbekistan, as well as Kazakhstan and Kyrgyzstan, can be used as bases for destabilizing the situation in the Chinese Xinjiang Uygur Autonomous Region (XUAR).

As for Kyrgyzstan, there have already been three popular uprisings in it, allegedly testifying to the desire of the people to assert "democratic values."

The situation is much worse with Turkmenistan and Tajikistan, which are under the control of authoritarian regimes and are not yet going to change their policies.

Cooperation and even alliance with Kazakhstan and Uzbekistan, according to Bohari, will allow the United States to successfully resist Russian and Chinese expansion and regain world leadership. Thus, the United States practically does not hide its plans for the further encirclement of Russia with a ring of unfriendly states. Following the construction of a similar ring in Eastern Europe and Transcaucasia, the White House decided to get to Central Asia, drawing attention to the largest states in the region - Kazakhstan and Uzbekistan.

At the same time, the American analyst forgets about the same Russian and Russian-speaking population in Kazakhstan, about the influence of religious extremism in Uzbekistan and in Central Asia in general, about many other significant problems of the region. However, it is likely that these very problems will be used by the United States for provocative purposes, for the subsequent assertion of its influence.

For example, now Western and pro-Western mass media are actively intimidating Kazakhstan, that after Donbass and Crimea, Moscow will pay attention to Northern Kazakhstan, where a large Russian population lives, and either try to annex it, or create new unrecognized republics there. Part of the Kazakh audience, of course, believes this scenario and strengthens its negative attitude towards the northern neighbor.

How clever is this approach? Kazakhstan and Uzbekistan will never be able to compete with Russia and China even at the regional level, but the activation of the Americans in the region will only contribute to a greater rapprochement between Moscow and Beijing, for which the US presence will pose a political and economic threat.