And is that "Neptune" so terrible?

March 19 2021
59
Okay, not an ordinary rocket. Anti-ship, let's say. Created in Ukraine by the brains of Ukrainian designers and assembled by the hands of Ukrainian workers. The sword of Ukraine in the fight against those wishing to encroach on the banks of the Square. 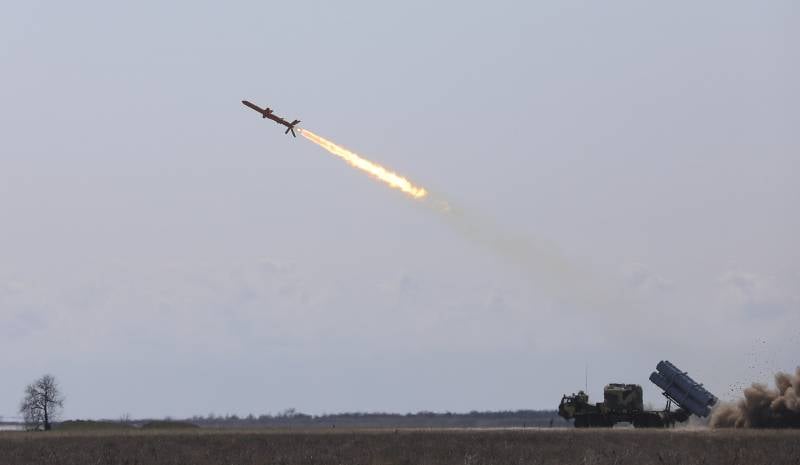 Who can (and simply must do it) is understandable. Russia. As if there was no one else, the queue of those wishing to enslave Ukraine did not line up, no matter how there some wanted it.

However, there is a "new" anti-ship missile, which means, as was proudly announced in many Ukrainian media, "There is currently no countermeasure to these missiles, which, naturally, will make Russia nervous."

It will make you nervous, or, as another publication wrote, "Russia is already freaking out."

In fact, we must first figure out whether there is something to freak out about this very Russia.

It is clear that the Ukrainians themselves, who are in the know, are proud to the impossibility of the mere thought that they now have "Neptune".

“There is no opposition to this missile today. So, the Ukrainian army has a truly unique thing, which, by the way, is also of interest to the United States. The rocket flies above the water at an altitude of 3-300 m, that is, no one sees it, it is practically noiseless, it has a subsonic speed. Tests have shown that the accuracy of its hit is quite high, up to several meters. "

This is a retired colonel, and now a military expert, Oleg Zhdanov.

One gets the impression that the other countries have missiles flying at an altitude of a kilometer and with the roar of a train. And about the uniqueness ... 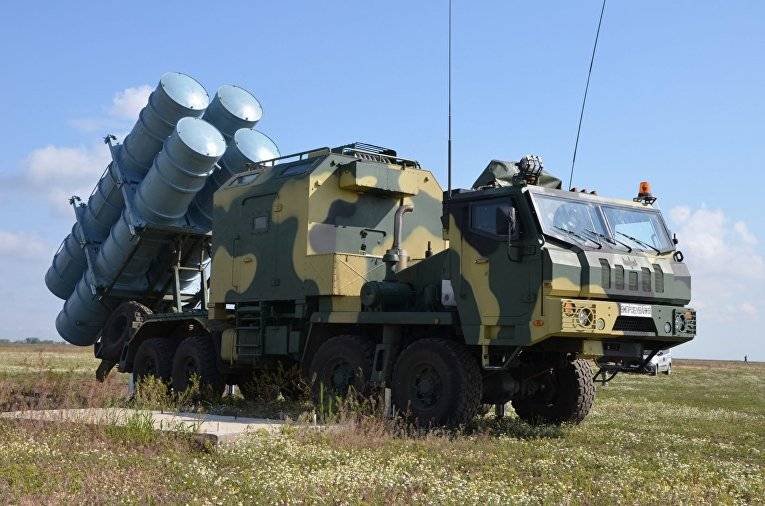 In fact, this is just the R-360 rocket, created on the basis of the Soviet X-35 rocket, individual parts and components were produced in the Ukrainian SSR. Yes, Neptune has a slightly longer range and (as expected) size. In addition, the rocket has a new control system, more modern, based on GPS.

The X-35 cannot be called new, no matter how hard you try. Development and testing went from 1977 to 1987. It was only in 1988 that the rocket finally began to fly as planned. In the new Russia, the development of the rocket was very delayed, since there was no time for the rocket. But in 2003, the X-35 was adopted as part of the Uran ship complex, and in 2004 as part of the Bal ground complex.

Interestingly, foreign (American) sources are quite critical of the Kh-35, noting as a shortcoming the narrow specialization of the missile as an anti-ship missile, subsonic speed in the air defense breakthrough area and not very long range, which requires the ship to enter the possible zone of operation of the enemy's anti-missile defense.

And the subsonic speed of the missile increases the likelihood of its interception by the anti-missile defense of the enemy's naval grouping.

But Ukrainian "experts" are behaving more than strangely, passing off as "overruns" what American experts consider the weak point of the Russian missile.

"If these complexes are deployed along our entire coast, the likelihood that it will abandon a naval military operation will increase to 90%: it simply cannot physically approach our coast and conduct an amphibious assault or offensive operation." - Oleg Zhdanov.

According to the expert, if the complexes with the "Neptuns" are placed along the coast of the Black and Azov Seas, Ukraine will be able to fully control the surface sea space almost 300 km from the coast.

Well, one cannot but agree with this. Indeed, if Ukraine can do this, then it is quite possible that with the help of Neptuns it will be able to try to "control territorial waters, protect naval bases, coastal facilities and coastal infrastructure, as well as resist the landing of enemy amphibious assault forces." ...

Considering that the Kh-35 was intended to destroy ships with a displacement of up to 5 tons, the Neptune, whose warhead mass is only 000 kg more than that of the Kh-5, will play in the same weight category.

And how many such complexes will Ukraine receive for the defense of its shores? By the way, there is a lot here ...

We look at the facts.

On August 23, 2020, by the decree of the Minister of Defense of Ukraine, the Neptune missile system was put into service.

On October 20, 2020, Defense Minister Andrei Taran announced "the redistribution of funds in order to purchase one Neptune division in the near future, by the end of 2020."

That is, the complex was adopted, as if not having it "in nature." It happens, it happens.

On March 15, 2021, prototypes of the RK-360MTS "Neptune" complex were handed over to the Ukrainian naval forces.

It should be emphasized very boldly what exactly prototypes... Not serial samples, but prototypes for testing.

On the one hand, the haste is understandable: something urgently needs to be opposed to Russia, which is about to start some landing operations on the Ukrainian shores.

But what is one division? These are six launchers of four missiles. Honestly, a little. And this is all that the Naval Forces of Ukraine can get in 2021 in the best possible scenario.

“Next year we will form three divisions that will be armed with this complex. We plan to deploy these divisions in the southern regions of Ukraine, which have access to the Black and Azov seas.

Moreover, immediately after their installation, we plan to put on alert one of the batteries of the Neptune complex, which will begin to perform tasks as intended. "

Forming THREE divisions is, frankly, beautiful plans. Three divisions are still 18 complexes that can really be scattered along the entire coast, more or less ensuring the protection of the coast from the alleged invasion.

However, the formation of these divisions does not mean at all that they will immediately begin to guard and protect. This will be done by ONE battery, which Neizhpapa promises to put on alert.

Why one? Yes, no more yet, and not particularly foreseen. And, as I understand it, the very installation with which President Poroshenko was actively photographed will be put on alert. And the formed divisions will be trained with practice on this very installation. 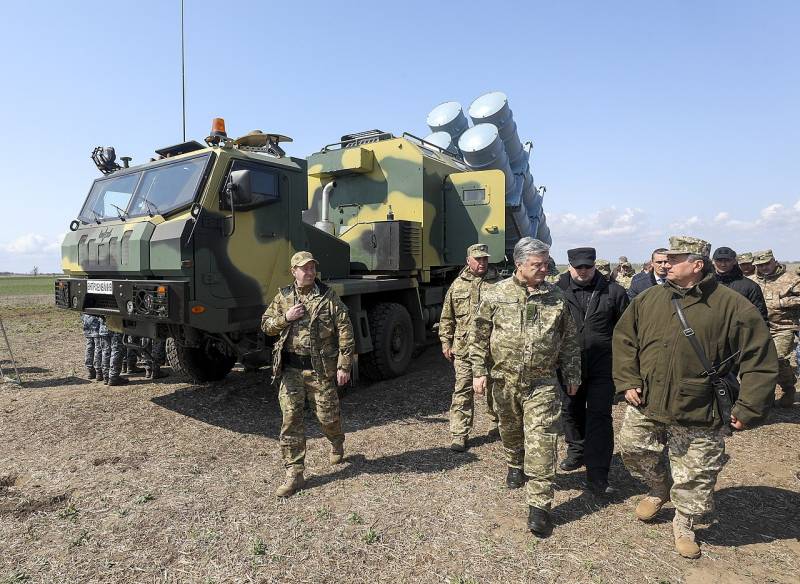 At this time, the Ukrainian military-industrial complex may start producing the remaining 17 complexes. Why "Possibly"? Because the money. In order to build the first complex, it was necessary to redirect financial flows at the level of the Verkhovna Rada. Where the Ukrainians will continue to look for funds - this, in fact, does not really worry us. If they want, they will find it, of course. As a last resort, you know who will borrow it. Now they have certain perspectives in this regard, the Biden family, which has been deeply involved in Ukrainian affairs, will not let them die under the thumb of Russian aggression.

Unfortunately, not everyone in Ukraine understands the true state of affairs and lives in a warm and rosy atmosphere of peremogy.

“Russia is already freaking out. If these complexes are deployed along our entire coast, the likelihood that she will abandon a naval military operation will increase to 90%: she simply cannot physically approach our coast and conduct an amphibious assault or offensive operation. "

This is again the "expert" Zhdanov. The former colonel again, like many others like him, thinks in the categories of the Second World War, when the landing operations took place exactly like this: artillery preparation (at best) and enemy ships in clear rows with the landing force to the shore. And the valiant Ukrainian missilemen shoot them as if in a shooting range. 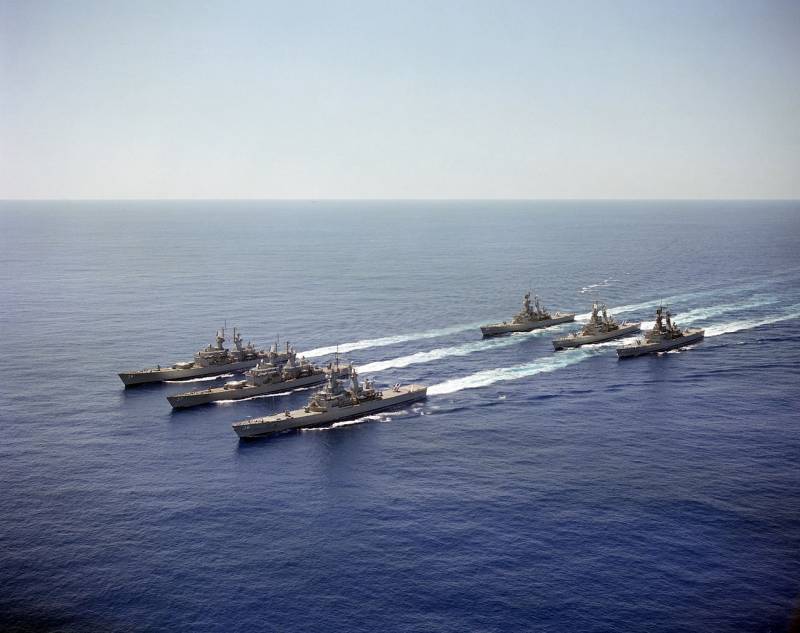 No, Mr. Zhdanov, alas. This will not happen. As much as it would be desirable, but in Russia they know how to think with their heads. Therefore, instead of ships with landing forces, first there will be airplanes with cruise missiles such as the same Kh-35 (or worse) or Iskander. The latter - without planes, will fly by themselves.

Considering the not quite vigorous state of the Ukrainian air defense system, then, most likely, "Neptuns" in such conditions simply will not survive until the moment when Russian ships go to land troops.

Therefore, of course, we, together with Ukrainian experts, can be glad that Ukraine was able to master the production of the latest anti-ship missile. This is, of course, good.

The bad news is that it is not that modern, this rocket. The prototype began to be developed almost half a century ago, the subsonic rocket (and the whole world is switching to hypersonic), will be produced in single copies ...

In general, it is perhaps too early for Russia to freak out over Neptune. In order for the coast of Ukraine to feel calm, anti-ship missiles should also be supplemented with air defense systems for their protection and Aviation behind the back.

That is, there is more than enough work for the next 50-60 years.