By the end of the year, another C-400 regiment will appear in the army. 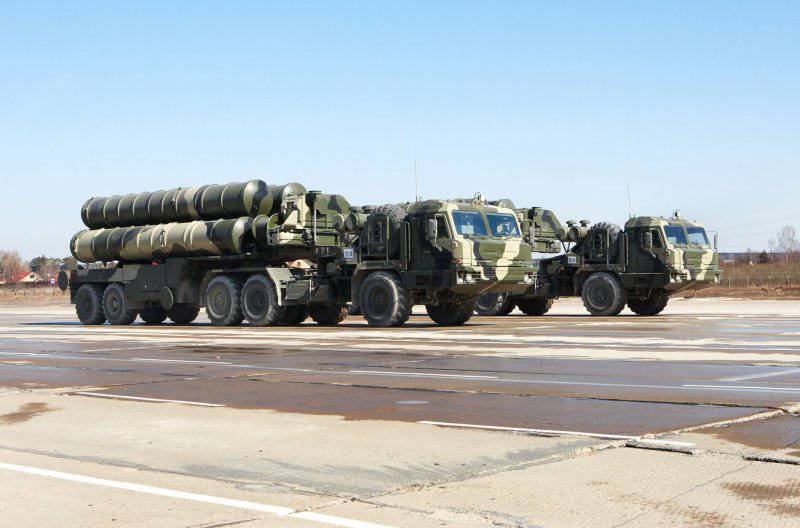 The aerospace defense forces are preparing to adopt the next regimental anti-aircraft missile systems C-400.

According to the Almaz-Antey State Specialty Design Bureau, which produces this weapon, the transfer to the military of a new batch of air defense systems should take place before the end of this year. If force majeure circumstances do not intervene in the plans of industrialists, within four months, five Regiments of Triumph will cover the sky over Russia. In the meantime, four such units carry combat duty. Two of them are located north and east of Moscow, one each - in the Kaliningrad region and in the Far East.

Although a reliable cover of the capital sky remains the most important function of the Armed Forces, the Defense Ministry decided that the anti-aircraft arsenal should be updated in other Russian regions. A few months ago, Commander-in-Chief of the Air Force Viktor Bondarev explained how this year they will carry out this task with reference to the "400". According to the general, in 2012, the C-400 military fleet will increase by three divisions. One military has already been transported to Nakhodka. The second decided to put in the suburbs. Another one is in the 1-th command of the Air Force and Air Defense.

Simply put, the geography of the combat duty of new missiles is expanding to the East and North-West Russia. As for the protection of the airspace around Moscow, the “fresh” division was reinforced by the C-400 regiments already in Dmitrov and Elektrostal.

What kind of weapon is this can be judged by the results of its tests at the Ashuluk and Kapustin Yar test sites in the Astrakhan Region. The complex, nicknamed Growler in the West - "Growler", managed one missile to hit a target flying at a speed of 2800 meters per second, and the other to reach an object at an altitude of 56 kilometers. The combat characteristics of "Triumph" is really impressive. At the same time, no other air defense system is capable of working on several targets within a radius of 400 kilometers. It is no coincidence that C-400 show an increased interest abroad, especially in China. But the designers of "Triumph" achieve more. The Almaz-Antey Air Defense Concern is now completing state tests of a new missile for the C-400, which will operate in the near space.

In fact, this system can use at least seven missile options. Three of them - 48Н6Е, 48Н6Е2 and 48Н6Е3 - are suitable for combat shooting from both the 400 and the advanced C-300М. The ammunition with the designation 48H6DM specially modified under the "Triumph". Missile control is based on the principle of semi-active radar homing with correction. The industry is preparing to release two more ammunition - 9М96Е and 9М96Е2. It uses active radar homing. But the range of these missiles is only for 135 kilometers.

In mid-February, it became known that a long-range anti-aircraft guided missile was developed for the C-400 system with the possibility of hitting targets at a distance of more than 250 kilometers. The arrival of the troops of its first production models is expected at the end of this year.

As for the Moscow air defense zone, more than two dozen modern Pantsir-С1 anti-aircraft missile-cannon complexes are deployed there. Calculations for them have already been prepared at the Air Defense Training Center in Gatchina. They will be in combat duty together with the four-hundred divisions and at the same time cover them. Thus, the security of the capital sky will be provided by a mixed grouping of long-range combat weapons - more than 200 kilometers - and the closest - to 20 kilometers - actions.

The leaders of the Defense Ministry are confident that with the C-300 and C-400 systems, the Pantsiri rocket-gun cannon, and the C-500 complex in the future, the country's aerospace defense will receive a multi-functional echeloned zone ring cover system for the city. Moreover, this system will be able to protect Moscow even from attacks from orbit.