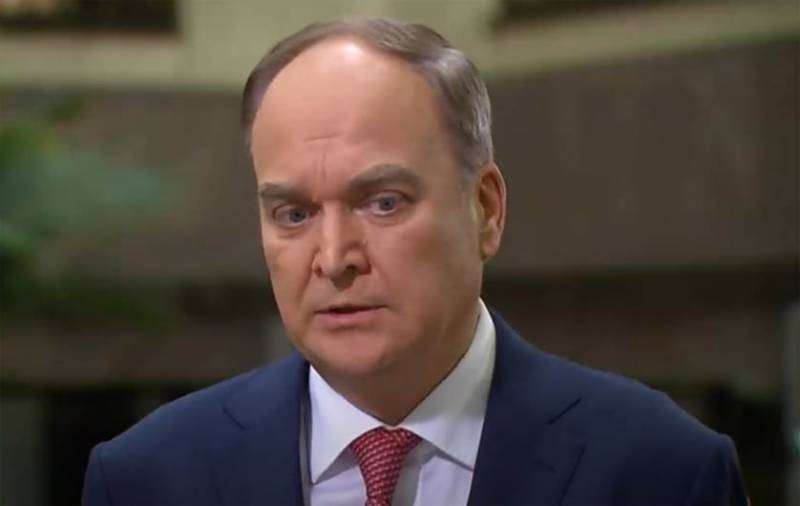 The US State Department commented on the decision of the Russian Foreign Ministry to recall Ambassador Anatoly Antonov to Moscow for consultations on options for further diplomatic cooperation. This decision was made after the airing of the ABC channel of an interview with US President Joseph Biden, who, answering a provocative question from a journalist whether he considers Vladimir Putin a "killer", answered in the affirmative.


This is the first in modern stories the case when the president of Russia is named by the president of the United States using such a term (even if he does not pronounce it himself, but when answering a question during an interview).

The Russian Foreign Ministry noted that with the Russian Ambassador to the United States, recalled for consultations, a thorough analysis will be carried out in which, in general, diplomatic direction it is possible to move in relations "with such a state."

It should be noted that the recall of the ambassador for analytical work in Moscow took place after the introduction of another batch of sanctions against Russia by Washington. These sanctions concern the export of products related to national security to Russia, as well as restrictive measures on aviation and astronautics. This is against the background of the fact that the United States itself uses Russian engines and Russian spaceships for space flights.

The US State Department, commenting on the recall of the Russian ambassador, said that "so far they have nothing to add, except what President Biden said." Thus, the US Foreign Ministry made it clear that the statements of the 46th US President, during which he once again threatened Russia with "tough measures", is a built line of state foreign policy towards Russia.

At the same time, the State Department added that "there are areas where Washington is interested in cooperation with Moscow." For example, these are disarmament issues, contacts with Iran on the nuclear program, stabilization in Afghanistan.

But the question is: is Moscow interested in this kind of cooperation with the United States after Biden's statements and comments from the State Department? ..
Ctrl Enter
Noticed oshЫbku Highlight text and press. Ctrl + Enter
We are
Reports from the militia of New Russia for 27-28 September 2014 of the yearYuri Drozdov: Russia prepared the role of the sacrificial calf
Military Reviewin Yandex News
Military Reviewin Google News
328 comments
Information
Dear reader, to leave comments on the publication, you must sign in.