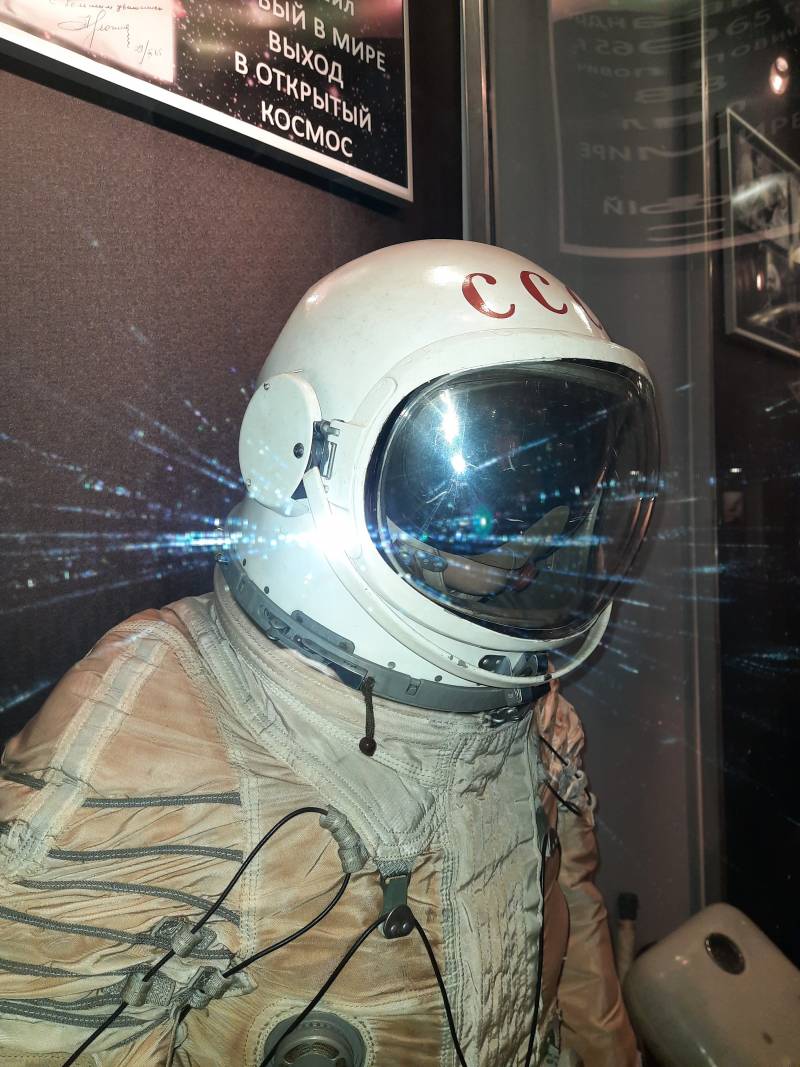 Like all domestic spacesuits, the spacesuit for the first spacewalk was developed at the Zvezda enterprise (now, JSC NPP Zvezda).


When developing the spacesuit, it was decided to use the classic "soft type" design. And the new spacesuit received the symbol "Berkut".

Two functions were assigned to the Berkut spacesuit at once. The first is rescue. In case of depressurization of the QC or failure of the coolant. And the second is direct spacewalk. Thanks to this, SC "Berkut" has turned out to be universal.

In the future, these functions in stories Russian cosmonautics have never been combined, finally dividing the space suits according to their purpose into "rescue" and "for extravehicular activities."

Structurally, the spacesuit had an external power shell and an internal one - a sealed main and sealed reserve, as well as a nylon gasket with an internal ventilation system. The cosmonaut's heat protection was carried out using screen-vacuum insulation. 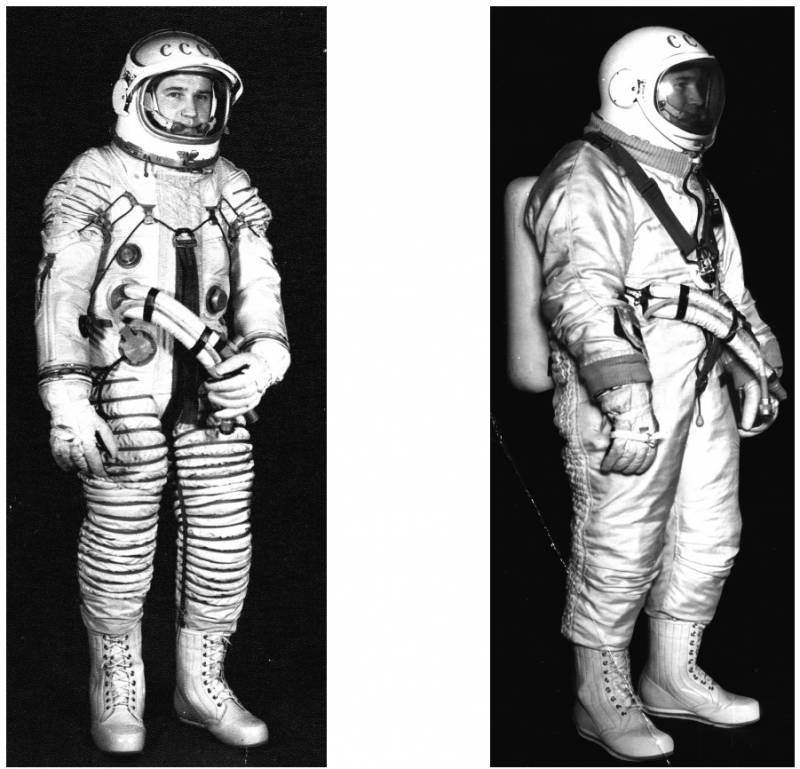 Unlike all previous spacesuits, the Berkut SC for the first time in the history of domestic spacesuit construction had an operating overpressure of 400 hPa. While the 270 hPa mode was a backup. And the transition to it was allowed in an emergency and for a short time. What, in fact, was used by A.A. Leonov during the return entrance to the gateway. 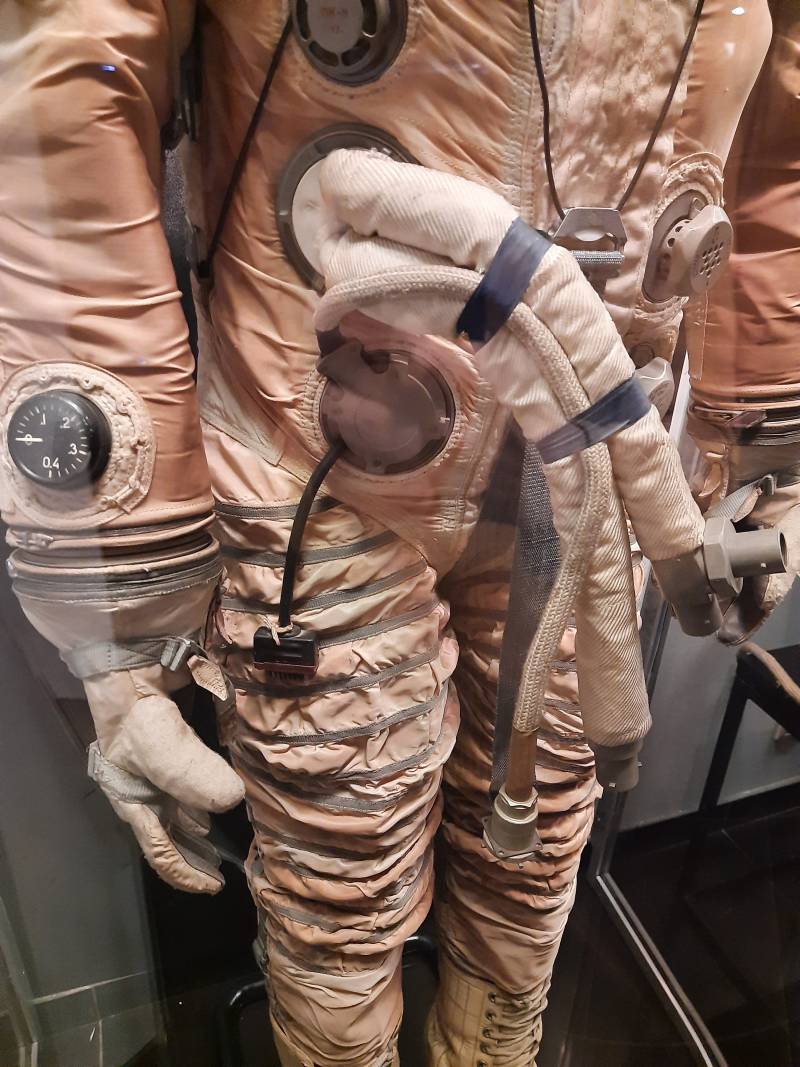 During the development of the SC "Berkut", constructive solutions were applied (shell of the case with a power system, sleeves and gloves), which were successfully tested at SK-1 for Yu.A. Gagarin and other cosmonauts who flew on the Vostok spacecraft and the experimental S-10 - the first spacesuit prototype for the Vostok spacecraft.

A light filter was built inside the helmet, which was lowered using a special handle. 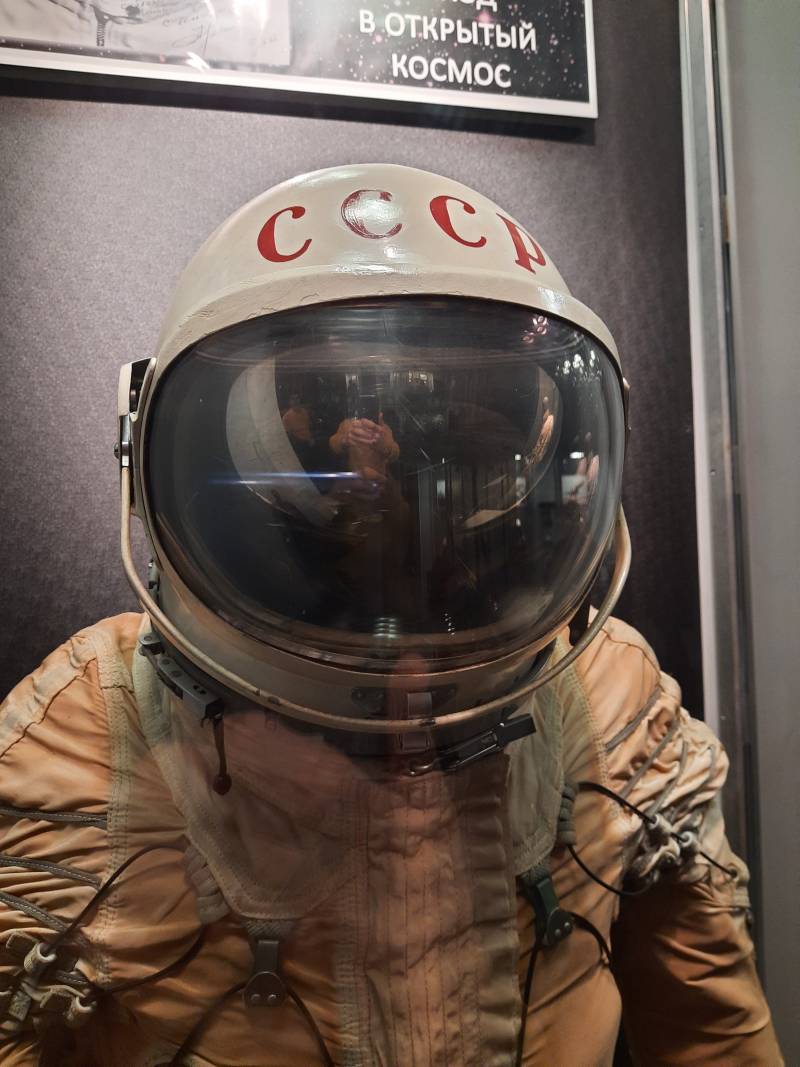 The astronaut's insurance during the spacewalk was provided by a special halyard 7 meters long. The halyard consisted of a steel cable, a shock-absorbing device, an emergency oxygen supply hose, and an electro-halyard for medical, technical sensors and telephony.

The spacesuit of the Voskhod-2 commander P.I. Belyaeva had exactly the same design. Due to this (if necessary) the Voskhod-2 ship could be completely depressurized, and P.I. Belyaev had the opportunity to go into the airlock and provide assistance to A.A. Leonov.

But, unlike the SK A.A. Leonov, SK P.I. Belyaeva did not have an autonomous coolant. And its power supply was carried out from the onboard coolant of the Voskhod spacecraft.

Knapsack coolant SK "Berkut" KP-55 was developed and manufactured by SKB-KDA (Orekhovo-Zuevo). The knapsack was put on immediately before the spacewalk and was attached to the spacesuit using a harness. 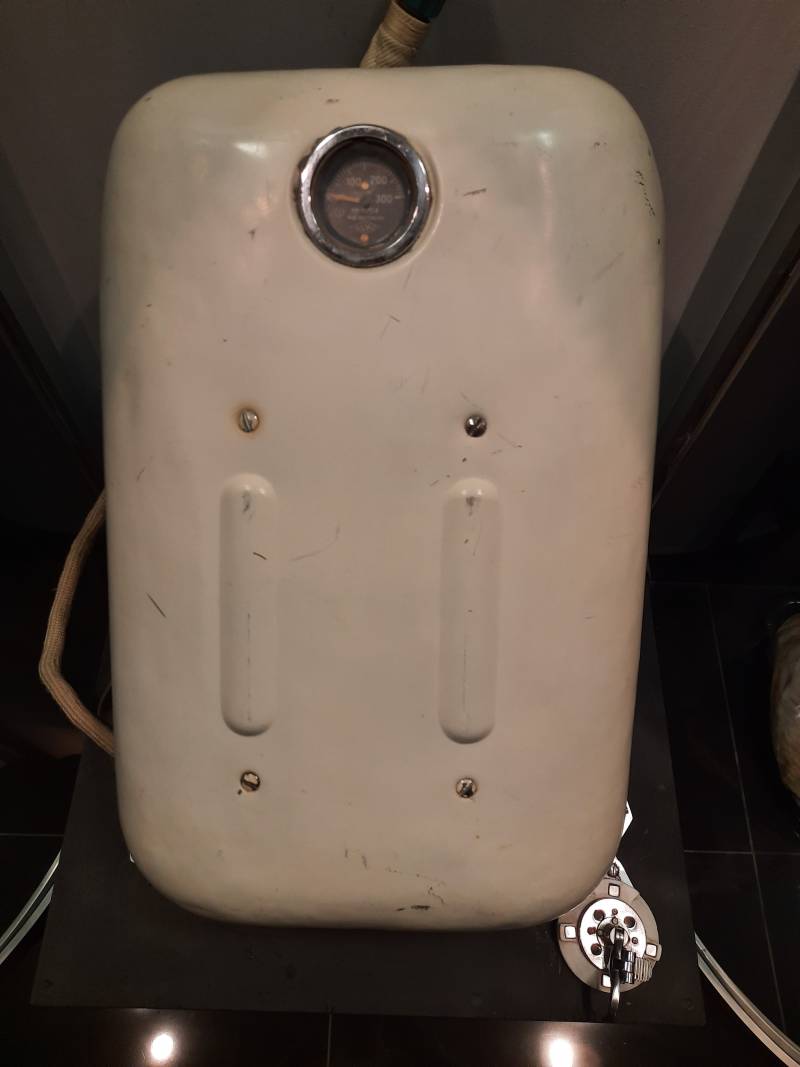 The knapsack had 3 two-liter oxygen cylinders under a pressure of 22 MPa. The cosmonaut switched on the oxygen supply manually using a remote control.

The capabilities of the knapsack coolant ensured the operability within 45 minutes. While A.A. Leonov in a vacuum was 23 minutes, and in open space - 12 minutes. 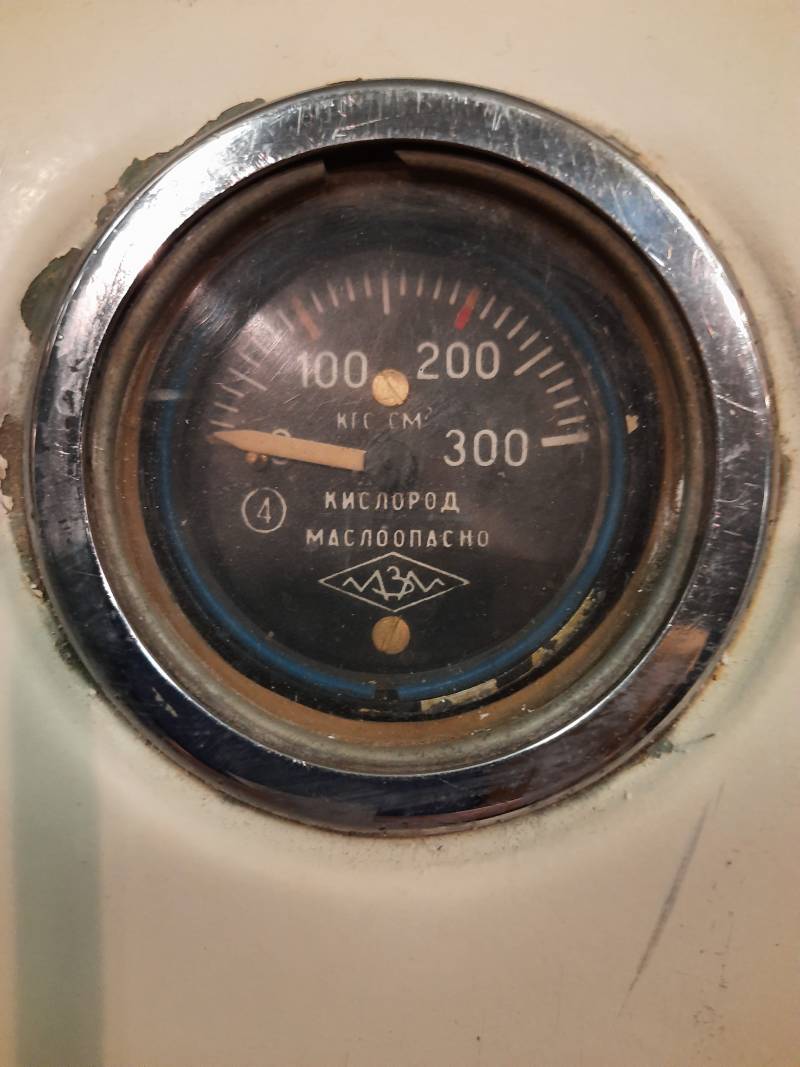 An important factor that ensured A.A. Leonov into open space, it was that "Zvezda" was developing the "Berkut" spacesuit in parallel with the "Volga" airlock. And the joint work of the designers made it possible to ensure the maximum compatibility of these products.

Subsequently, on the basis of the Berkut spacesuit, the Yastreb spacesuit was developed - the first spacesuit intended directly for extravehicular activities.