The tarnished triumph of the Cossack cavalry: the raid of General Mamantov 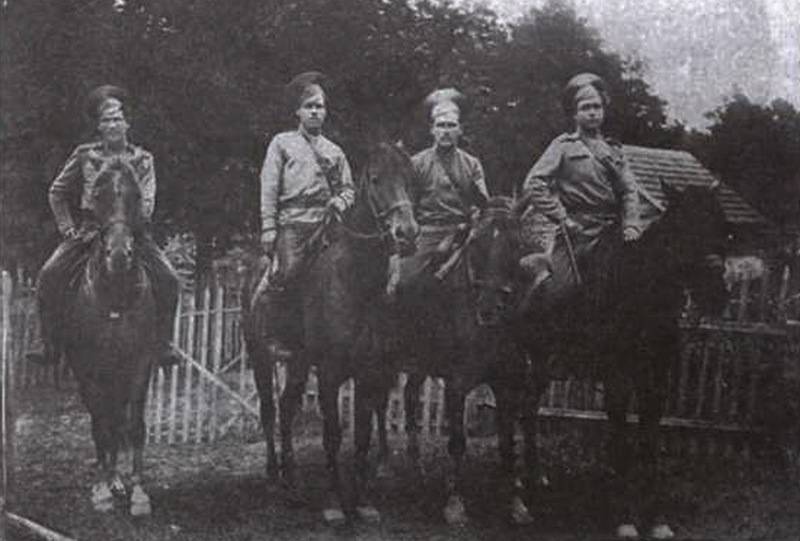 When all the stars came together

If in the XX century somewhere there were ideal prerequisites for a spectacular and truly large-scale horse raid, then this place was the Don steppes of August 1919. A modern meme about Don -

"Lord, how at ease!"
- appeared for a reason. The ground, level as a table, was an ideal field for cavalry operations.

But it was not only the local conditions. Although the Reds were in a far from hopeless, but very, very difficult situation. They actively fought on several fronts, fighting off white offensives, and were to a certain extent connected by these events. There was no need to fear the immediate arrival of mobile reinforcements.

In addition, the Red Army had not yet managed to reach the peak of its power - when perfectly (by the standards of the Civilian, of course) well-equipped and highly disciplined troops drove the Poles out of Kiev with kicks or effortlessly re-conquered the Transcaucasus. Yes, this was no longer 1918 - the order in the Red troops since the time of some Ice Campaign has been brought to a fair amount. But there were still many weak links - there were unreliable units in the Red Army in abundance, ready to run at any moment.

Especially when these "links" were hastily mobilized from peasants who were reluctant before the war. Moreover, this was that rare case when a person with combat experience was even worse than an unshot newcomer - the trench experience of the Great War was often enough for him up to his throat. And, not having time to get to the new duty station, he was already thinking how to escape. Considering that such deserters often huddled in armed gangs of hundreds, and sometimes even a thousand people, it becomes clear that there was something to do with red in this turbulent and unpredictable time. 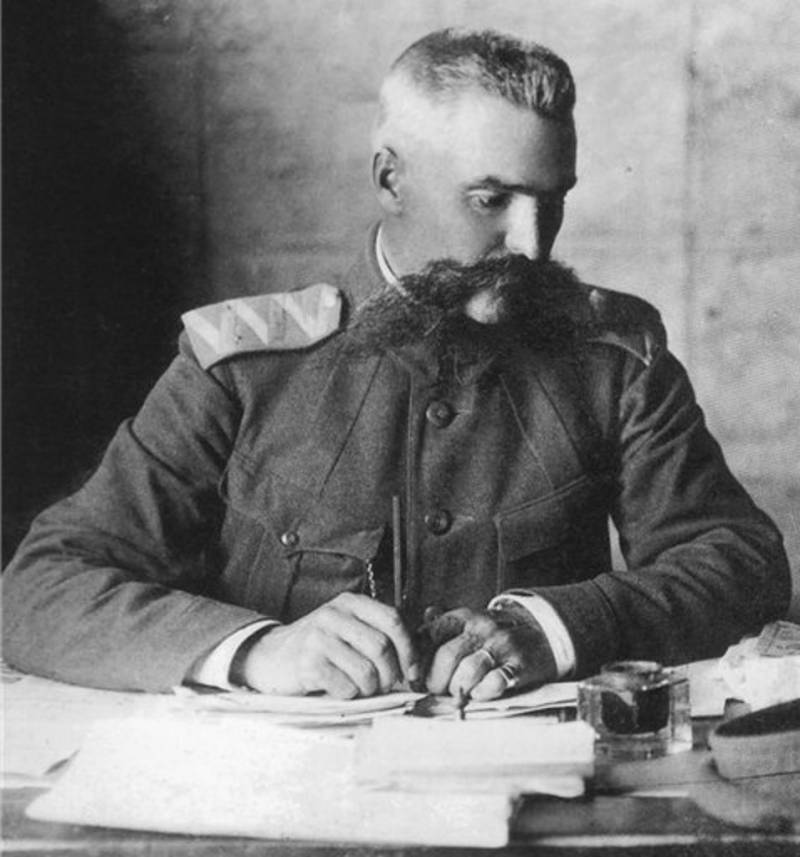 At the same time, the whites had an excellent tool for ripping and operating the red rear swamp - the Cossacks of General Mamantov. The latter was the ideal cavalry commander - brave, decisive, dashing. His people more than once had to beat the Red Army cavalry that had not yet become legendary. The Cossacks did not lack confidence in themselves.

"Too large to be overwhelmed, compact enough to move quickly."
The general had six thousand sabers, divided into three cavalry divisions, machine guns, horse batteries and three armored cars. Behind these mobile forces was a foot detachment of three thousand Cossacks who remained horseless during the war. They had a relatively powerful artillery fist - 6 guns. And the task is to finish off especially strong knots of resistance, while the horse mass that has bypassed them advances further and captures key points.

Mamantov spat on regular communication from the very beginning. Sometimes a plane came to him with a messenger. And from time to time, the Cossacks transmitted something to the white headquarters from captured radio stations. True, this was done without any special art - without encryption, in plain text. Some of these messages, of course, were intercepted by the Reds, and immediately drew the appropriate conclusions.

In the summer of 1919, the Armed Forces of the South of Russia laid out all the cards on the table. The Whites did everything that their physical and psychological resources allowed (although the qualities of the latter should not be exaggerated) in order to take Moscow, and, if not win the war, then at least achieve a fundamental change.

Raid Mamantov was supposed to directly influence this struggle - releasing the guts of the red rear. A Cossack general could undermine the forces of the Reds and disorganize their actions, strike a blow at the belief in victory and the desire to fight. And in the end, almost decide the outcome of the war.

It all began on August 10, 1919, when the Mamantian forces crossed the Khoper River. Already from the reaction of the Reds, it is clear how conditional the front line was, and how what was happening differed from the recently thundered World War I. The enemy's patrols, of course, saw a horse mass crossing. But, in fact, it did not change much - it was not really possible to react with the existing level of command and control and the number of soldiers covering the front. 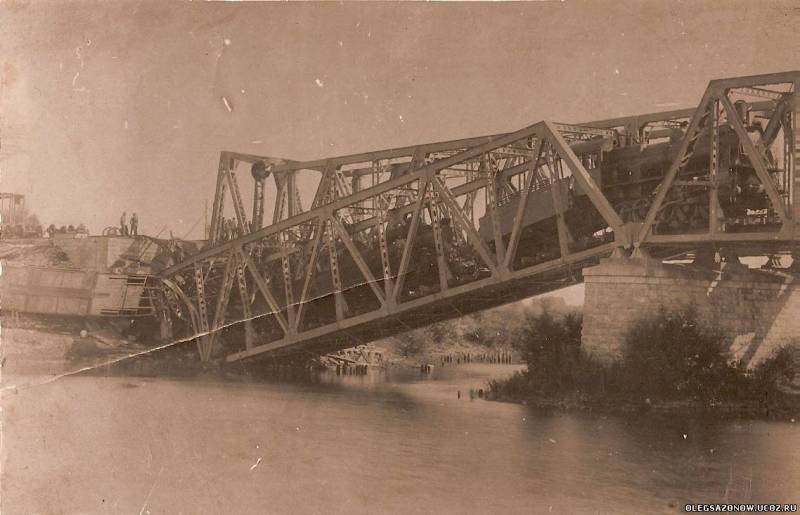 One of the bridges blown up by the Cossacks of Mamantov

The result was a tremendous blow to the positions of the 40th Army of the Red Army - the Reds fled from the trenches, leaving a hefty gap of 22 kilometers in the front. This is where Mamantov rushed - ahead of the Cossacks a long and victorious march was waiting for the enemy rear.

This was the main principle of any successful raid. Large and staunch units of the enemy simply could not keep up with the mighty cavalry mass, and small ones, at best, could do the maximum in harassing actions. And everything that came across on the way was fragile to the blow by the rear personnel. Moreover, they are inferior in numbers.

On August 15, Mamantov had already managed to penetrate enough into the red rear. By that time, he had also conducted reconnaissance enough to understand that the largest Red base in the district (Tambov) was left practically without protection. So, we need to move there as quickly as possible before it changes.

Behind the red lines

The Cossacks went forward for a reason - they made their pursuit as difficult as possible, destroying telegraph lines, burning bridges, damaging the railway. The strength of the Reds was everything related to complex technical devices and industry in general. Mamantov understood this. And he was not going to allow echelons with infantry divisions to regularly catch up with him.

Of course, the Reds also had cavalry, but specifically here and now there were few of them. And the quality of the white riders for the summer of 1919 was still better. Therefore, the red horsemen were limited to the presence and maximum of mosquito bites, which did not allow the enemy to become completely insolent. In addition, the cavalrymen pursuing Mamantov interrogated local residents, trying to find out any information that could help in the future. 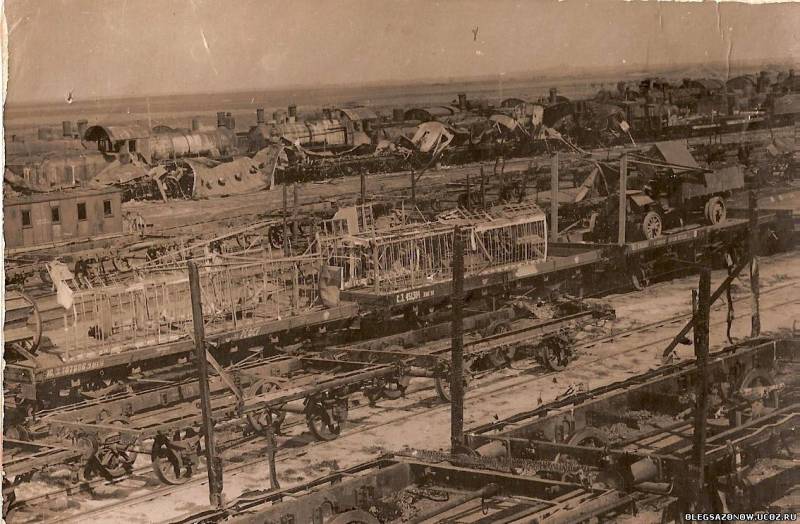 Despite the general weakness of the forces, the Reds were preparing to stubbornly defend Tambov. But they were let down by one of the typical "Achilles heels" of that time - the general unreliability of the commanders from the former officers of the tsarist army (just a little - they went over to the side of the whites). Two "old" colonels in charge of the city fled to the Cossacks. And the plan for the defense of Tambov immediately became known to Mamantov, and in detail.

During the assault, one of the colonels led the attack at all - he led the "infantry" part of the raid forces. And Mamantov with his cavalry broke into the city from the other side. Both blows were struck at ideally weak points, so the defense cracked like a rotten nut. And the city itself fell into the hands of the White Cossacks.

Already to Tambov, the Cossacks took many prisoners. And they dealt with them as it was often in the unpredictable (sometimes in extreme cruelty, sometimes in frivolous humanity) Civil War. Namely: they harshly dealt with the commissars and ideological ones. And they let go home simple mobilized soldiers. Those who did not want to go home were taken to their place. There were already a whole battalion of them.

At first, of course, they were practically not trusted. But then, when they looked at yesterday's prisoners in action, everyone was given weapon and ammunition. Some of them fought in the ranks of whites right up to the Novorossiysk evacuation in 1920. And eventually settled abroad.

At first, this battalion moved between cavalry and infantry. And practically without ammunition - yesterday's defectors, for obvious reasons, were not particularly trusted. But later things got better - as a result, many of the volunteers who went to Mamantov survived in their role right up to the evacuation from Novorossiysk in 1920.

Mamantov, of course, could not always rush around the rear of the enemy. Sooner or later, such a dashing horse crowd would have been paid attention to and taken measures, allocating forces to throw out the Cossacks, even despite the difficult situation in other places. The white general himself understood this perfectly, so he did not sit in Tambov for a long time, having moved out of there already on August 20. 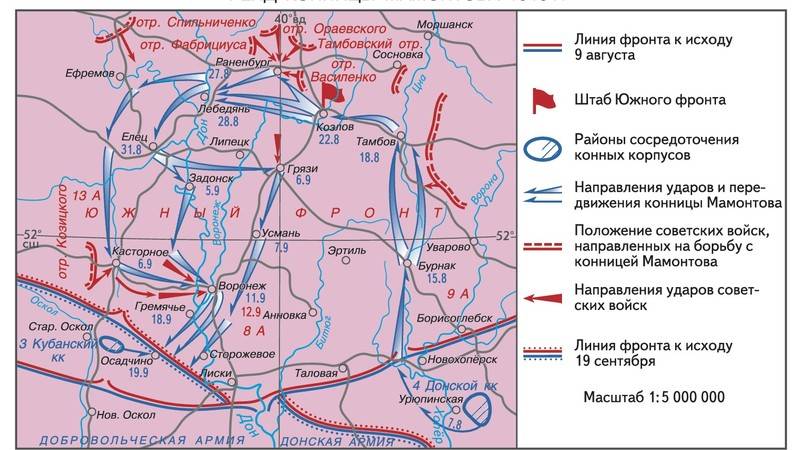 But with another city - Ranenburg - there were problems. The Red forces located there managed to organize a defense. And they rested. And when they were kicked out of the city, they went over to counterattacks. Ranenburg managed to change hands several times before Mamantov, with the sobriety of a good raid commander, decided that the matter was not worth it. And he went home.

If everything that happened earlier showed the strength of the raid forces, then история with Ranenburg, on the contrary, showed their weakness. The manifestations of the latter, however, did not mean that the horse stream of Mamantov was stopped - soon the Cossacks seized Lebedyan without any problems. Yelets fell after her. Moreover, in the case of the last captured Red Army soldiers, they were even assigned to guard the convoys with the looted goods - there were so many of them.

The richest booty collected during the raid, multiplied by the robber (to be honest) Cossack nature, in general, led to the fact that the (in an operational sense, brilliant) Mamantov raid did not bring any visible strategic result. At least, Denikin will later blame the Cossacks for this - they say, they were carried away by prey, and did not destroy the rear system of the Reds, but only blew her.

To Mamantov's credit, it should be said that he nevertheless tried to somehow "lighten" his strength, at times giving out the quartermaster's surplus to the locals, then selling it for a very reasonable price. But all this was a drop in the ocean - the Cossacks, accustomed to exist for centuries due to legalized robbery, still strove to drag with them everything that was not bolted to the floor. And Mamantov, absorbed in other tasks, could not be engaged in just "cutting off the tails".

Having decided that it was time to leave the game, the general made a cunning feint - turning to Voronezh, he began to spread rumors that he would almost go to Moscow. With the expectation of increasing many times over at the expense of peasant uprisings rising along the way. The workers of the fields at that time had already managed to taste the charms of the Bolshevik version of the surplus appropriation system. And the threat seemed very real. Therefore, the Reds began to cover the corresponding directions.

Mamantov was just waiting for this - now he received complete freedom to choose the direction of the exit.

By September 19, he found a convenient place to cross the Don. Didn't even make contact with the enemy. And he united with the troops of General Shkuro, finally withdrawing his forces from under any danger.

The raid was brilliantly completed - the rear of the Southern Front was notably battered.

But shabby doesn't mean destroyed. Mamantov's forces were sent into the raid not for the sake of the most dashing raid - the task was to influence the course of the campaign.

After the war, there were active disputes between the former Cossacks and army officers - either the white armies could not take advantage of the results of Mamantov's raid, or, on the contrary, he could not create the effect required of him.

For us it is absolutely unimportant - the bare facts are much more valuable.

Moscow - the main target of the campaign - was never taken. This meant that the history of Russia would follow a completely different path.