"For the safety of a NATO ally": the US will supply North Macedonia with a Stryker armored personnel carrier 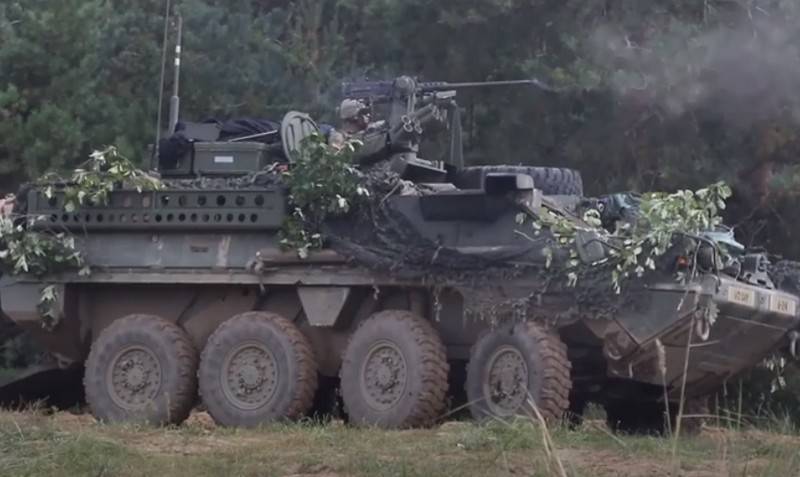 North Macedonia, which became a NATO member in 2020, begins rearmament with American military equipment. According to the US State Department, Skopje will receive 54 Stryker armored vehicles.

The United States will also provide training and logistical support. The deal is planned under the US government's Foreign Military Sales (FMS) program.

(...) the sale will support U.S. foreign policy and national security by enhancing the security of a NATO ally who is an important force for political and economic stability in Europe
- РІРѕРІРѕСЂРёС‚СЃСЏ РІ СЃРѕРѕР ± С ‰ РµРЅРёРё Р “РѕСЃРґРµРїР °.

All equipment will be manufactured at General Dynamics Land Systems (GDLS) in the Canadian province of Ontario, the delivery time has not yet been announced.

Recall that North Macedonia became the 30th member of NATO on March 27 last year after the signing of the corresponding document in Brussels. The North Macedonian flag was officially hoisted at NATO headquarters on 30 March 2020.

More than 10 years ago, NATO announced its readiness to accept Macedonia into the alliance, however, due to the conflict between Athens and Skopje, which erupted after the collapse of Yugoslavia, Greece impeded the process of Macedonia joining NATO and the European Union, demanding a name change for the republic.
Ctrl Enter
Noticed oshЫbku Highlight text and press. Ctrl + Enter
We are
Thai Army armed with American BTR M1126 StrykerSummary of the week from voenkor Mag about events in the DNI and LC 14.12.18 - 20.12.18
Military Reviewin Yandex News
Military Reviewin Google News
22 comments
Information
Dear reader, to leave comments on the publication, you must sign in.