Loyal people: to the 30th anniversary of the referendum on the preservation of the USSR 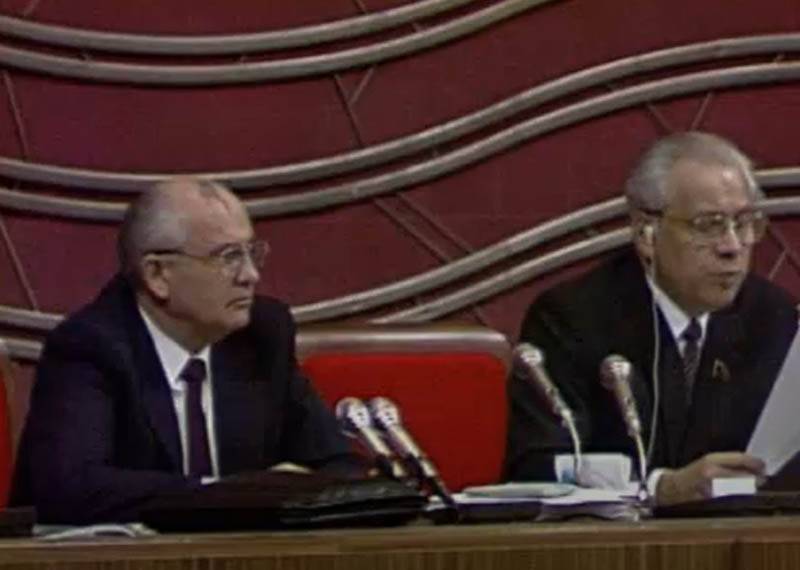 The very idea of ​​holding a referendum on the preservation of the USSR arose under the influence of centrifugal processes that were growing in the national republics of the Soviet Union. On December 24, 1990, the deputies of the IV Congress of People's Deputies of the USSR voted to preserve the Soviet Union, which, it seemed, should have put an end to political disputes, because the deputies represented the opinion of the people.


However, on January 16, 1991, the Supreme Soviet of the USSR decided to hold an all-Union referendum on the preservation of a single union state and bring up the following question for national discussion: “Do you consider it necessary to preserve the Union of Soviet Socialist Republics as a renewed federation of equal sovereign republics, in which human rights and freedoms of any nationality ”. The referendum was supported by the RSFSR, Byelorussian SSR, Kazakh SSR, Kirghiz SSR, Uzbek SSR, Tajik SSR, Turkmen SSR, Azerbaijan SSR. As a result, the Ukrainian SSR distinguished itself by its "creative approach" to the main issue.

Thus, the majority of Soviet citizens, regardless of nationality, supported the preservation of the Soviet Union. However, a different, sad fate awaited the Soviet state. In the same 1991, only at the end of the year, the Soviet Union, as you know, ceased to exist. The interests of the common people were not taken into account by the ruling elites. The people turned out to be loyal.

What happened next? The most severe economic crisis in almost all post-Soviet countries, civil wars with hundreds of thousands of victims, rampant crime and drug addiction, destruction of industry and infrastructure. Many of these problems have not been resolved until now, although 30 years have passed since the collapse of the USSR, and all post-Soviet republics have long existed as sovereign states. Has life gotten better? Someone and in something - yes! But now we are not talking about this, but about the legal aspects of the referendum: in fact, the popular expression of will was ignored.

Despite the fact that today the representatives of the highest state authorities of the country declare that the collapse of the USSR was a great tragedy, no real actions are taken to confirm these words: for example, the activities of Mikhail Gorbachev and Boris Yeltsin as persons who bear all completeness of personal responsibility for the fate of the Soviet state. Moreover, at the highest state level, the activities of these people are highly appreciated. But isn't this at least wrong with regard to a devoted people? To those citizens who voted for the preservation of the Union, to their descendants?

If we analyze what now, 30 years later, many domestic media are writing about the referendum, then everything falls into place: the USSR is assessed as a “historically doomed” state, those who voted against the preservation of the Union are quoted, while more than 70% residents nevertheless voted to preserve it. However, the problems that the country is still facing are largely the result of the collapse of the USSR, and this cannot be denied. It will take many more years to overcome all the harm that was caused to Russia and other former Soviet republics as a result of the collapse of the Soviet state and, most importantly, as a result of ignoring the results of the popular will.

Ctrl Enter
Noticed oshЫbku Highlight text and press. Ctrl + Enter
We are
What you didn't want to know about EnglandWhat we lost
Military Reviewin Yandex News
Military Reviewin Google News
180 comments
Information
Dear reader, to leave comments on the publication, you must sign in.