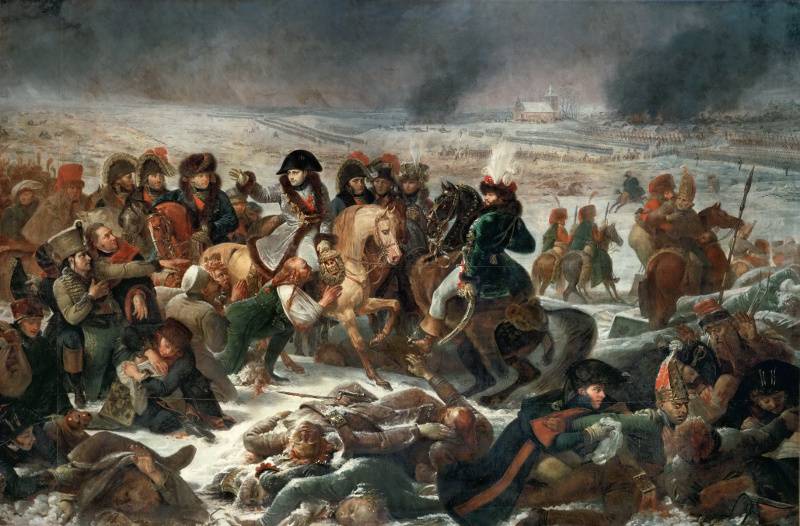 Napoleon on the battlefield of Preussisch Eylau. Painting by Antoine-Jean Gros. In the lower right corner, Pierre François Percy is bandaging a Russian grenadier.

The medical service, like the infantry, cavalry, and artillery, had its own heroes. The first of these was undoubtedly Dominique Jean Larrey (1766-1842), who enjoyed the favor and patronage of Napoleon. Napoleon wrote about him in his will:

Larrey was the most honest man and best friend of a soldier I have ever known.
This is the most dignified person I have ever met. 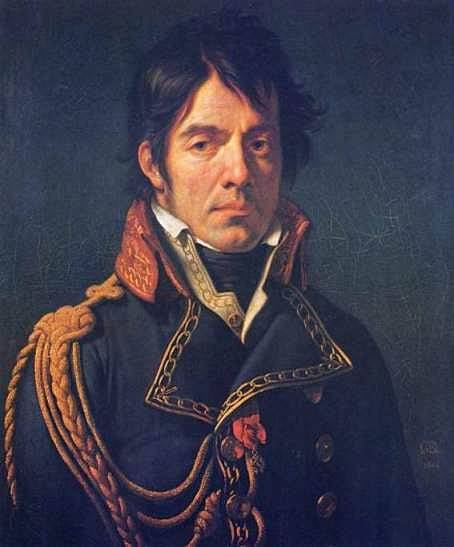 Dominique Jean Larey
Larrey, a graduate of medical schools in Paris and Toulouse, participated in all the wars of the Revolution and the First Empire from 1792 to 1815, from a simple surgeon in the Rhine army to the chief surgeon of the Imperial Guard. Gascon by birth, he was especially concerned about his fame. And, probably, that is why he left to posterity four volumes of his memoirs, containing numerous details of his long-term career.

It should be noted, however, that, despite his penchant for boasting and self-promotion, he was indeed an outstanding surgeon of his era. Unlike other surgeons who amputated limbs in arbitrary places, causing unnecessary suffering to patients, Larrey performed amputations in the joints, dismembering rather than cutting limbs. Thanks to this, his operations took very little time in an era when no anesthesia existed in principle.

Larrey accompanied soldiers in Italy and Egypt, near Austerlitz, Preussisch-Eylau and near Friedland, in Spain, in Russia, in Germany, and near Waterloo, operating in any conditions, be it snow or heat, rain or swamp.

He invented "flying ambulances", thanks to which it was possible to quickly evacuate the wounded from the battlefield. It is no coincidence that he enjoyed immense popularity among ordinary soldiers, who saw in him one of the legendary figures of the Great Army.

When, while crossing the Berezina, he had to return to the left bank for the surgical instruments left there, the soldiers, recognizing the glorious surgeon, carried Larrey back to the safe right bank in their arms. At the same time, they literally carried it in their arms, passing it to each other over the heads of the crowd. None of the Napoleonic marshals or generals received such honor. 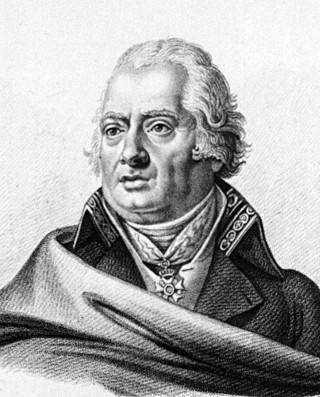 Pierre Francois Percy
No less honored, but less preoccupied with his PR, was Pierre François Percy (1754–1827), chief surgeon of the Grand Army.

Older than Larrey, he began service under the old regime. In 1793 he was a surgeon in the Moselle army and it was then, in the battle of Mannheim, on his shoulders under the fire of enemy batteries, he carried a seriously wounded officer from the battlefield.

Seeing the miserable state of the medical service, Percy persistently sought to improve it, especially to improve the maintenance of the wounded. He was the creator of "sausages" for transporting surgeons.

He also proposed in 1800 to conclude a Franco-Austrian convention "on the protection of ambulances", which were to become not only untouchable, but also a kind of neutral zones. This project, initially approved by the French, was, however, rejected by the Austrian general Paul Kray.

In 1807, at a meeting in Warsaw, Percy proposed to Napoleon a project to form a separate, independent medical corps, consisting of 260 chief surgeons, 260 first surgeons, 800 second surgeons and 400 doctors independent of the military administration. However, the emperor sided with the ordinators and commissars and rejected the project.

Percy was as popular as Larrey. And at the same time he took better care of the fate of patients. At a time when Larrey succeeded in quick amputations, performing dozens of them per day, Percy often took up conservative wound treatment. Applying splints and often changing bandages (especially on his hands), he saved many soldiers from disability.

Under threat of blindness, Percy was forced to leave the military in 1809, devoting himself to teaching ever since. And he waited for well-deserved honors. It was him, and not Larrey, that Antoine-Jean Gros portrayed as bandaging the Russian grenadier in the picture "Napoleon on the Battlefield of Preussisch Eylau". 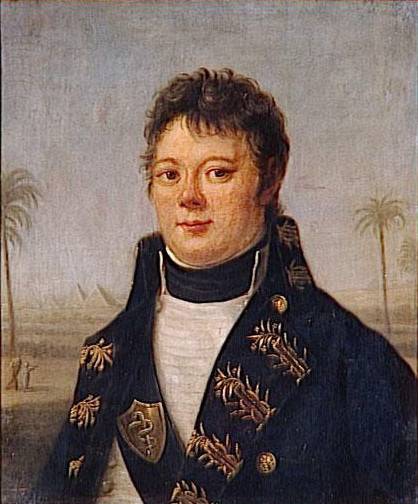 He became famous for inoculating himself with the plague from the wounds of the patient, in order to thus cheer up the French soldiers besieging Acre, frightened by the widening epidemic.

Degenette, on the other hand, became famous for refusing to comply with Bonaparte's order to poison soldiers with the plague in Jaffa with opium in order to relieve the army of their burden.

The same Degenette, in front of a line of soldiers, inoculated smallpox in his own son to convince them that it was not dangerous. On the contrary, it can save lives in the event of an epidemic. 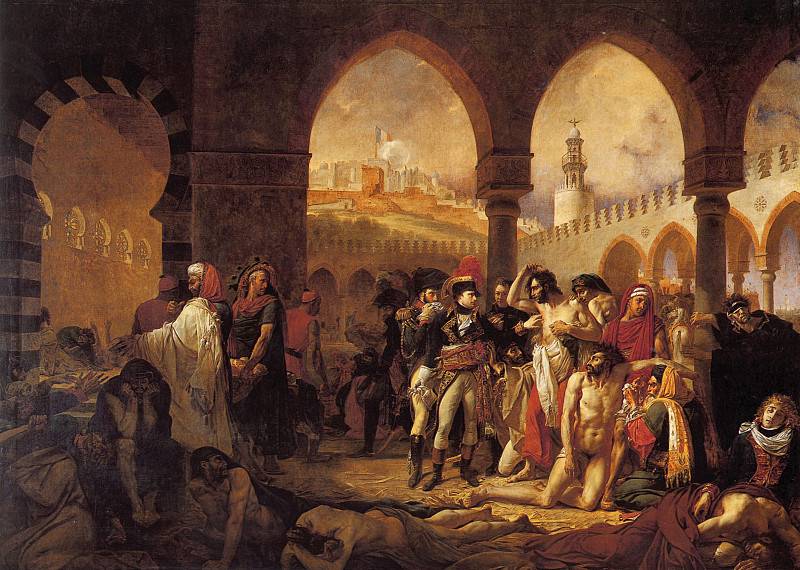 Rene Nicolas Degenette-Dufries is depicted in the center, behind Napoleon's left shoulder.
Degenette enjoyed great fame not only in the French army.

When, at the end of 1812, he was captured by the Cossacks, he wrote a letter to Tsar Alexander I, indicating his services (including in the treatment of Russian soldiers). And he made sure that an honorary escort escorted him to the very French positions.