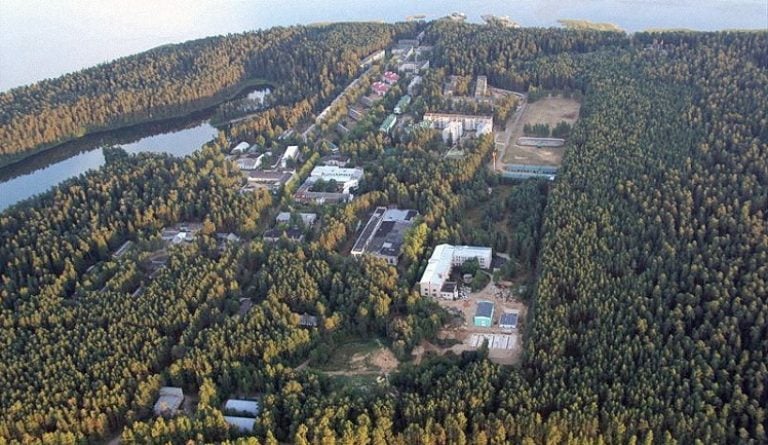 
German specialists, scientists, engineers, physicists, mathematicians and skilled workers were taken from the destroyed and torn apart post-war Germany together with their families to the secluded island of Gorodomlya on Lake Seliger in the Kalinin (now Tver) region, where they worked in the secret Branch No. 1 of the Rocket Institute of the Research Institute -88 to 1953 (How the Germans developed missiles after the Lake Seliger war).

Gorodomlya Island was located in the center of Lake Seliger, 250 meters from the Amusement Island and halfway between the town of Ostashkov on the southern coast and the fishing village of Sloboda in the north. The Island of Amusement, the western part of which is heavily covered with forest, was used by the inhabitants of Ostashkov as a place of entertainment and recreation.

The island of Gorodomlya, one and a half long and one kilometer wide, was covered with dense pine and spruce forests. On the western side were the office buildings of the branch. And in the east - a residential complex to accommodate German specialists. They and their family members were free to move around the island and travel into the city, accompanied by a plainclothes security officer.

The country's leadership has done everything possible to create favorable working and living conditions for German specialists and their families. Because it was necessary to use their knowledge and experience to the maximum in the formation of the much-needed Soviet missile program.

German specialists on the island were completely equipped, counting on their fruitful work seriously and for a long time. For work, they were provided with normal rooms for design and research work, with the necessary laboratory equipment. There was a small factory where German and Soviet workers worked. From the place of residence to work and back, specialists were transported by buses.

Before the arrival of the Germans, all residential buildings on the island were soundly repaired. And living conditions at that time were quite decent. The Germans lived with their families in two-story wooden houses. All family professionals received separate two- and three-room apartments. 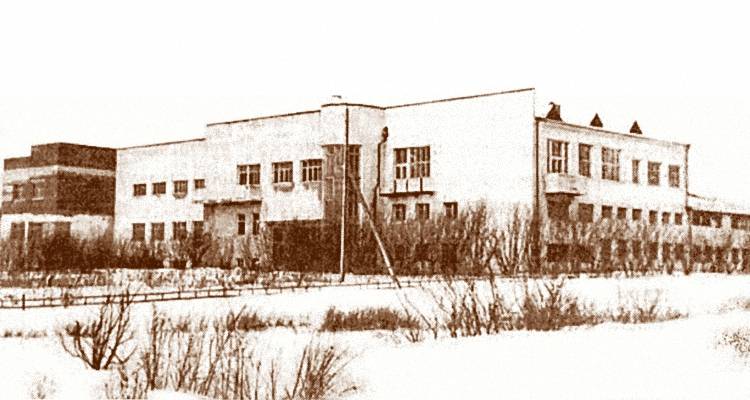 The main building of the branch
According to the memoirs of the engineer Werner Albring, who described in detail the way of life of the Germans on the island, he and his young wife and little daughter received a three-room apartment. They got married during the war and had a tight fit with furniture. He got the beds and wardrobes from the warehouse. There were several stone buildings on the island, which housed the administration, a restaurant, a school and a clinic.

Deputy Korolev Boris Chertok recalled that when he came to the island, he envied the living conditions of the Germans. For in Moscow he lived with his family in a communal four-room apartment, occupying two rooms with a total area of ​​24 square meters. And many specialists and workers then lived, in general, in barracks, where the most basic amenities were not available.

German specialists, depending on their qualifications and academic titles, received a decent salary for their work, significantly higher than the pay of Soviet specialists who worked at NII-88. In addition, they were encouraged by large monetary bonuses for completing work stages on schedule. There were also bonuses for academic titles.

For comparison, take a look at the monthly salaries of the main management specialists of NII-88. Korolev (as chief designer and head of department) received 6 thousand rubles. Deputy Korolyov: Chertok - 3 thousand rubles and Mishin - 2,5 thousand rubles.

You can compare the salaries of Soviet / German employees in the same position:

So the Germans had an incentive to work well and earn decent money to create decent living conditions during that difficult post-war period.

German specialists, together with family members, were provided with food according to the norms of the rationing system that existed until October 1947, on an equal basis with Soviet citizens.

The assortment of groceries in the state store on the island was rather scarce. And the Germans were allowed to buy food at the market in Ostashkov. On Sundays they would go to the city to the bazaar and buy butter, meat, milk and eggs from the peasants for the whole week. According to their recollections, they especially noted the delicious peasant milk. They have not tried this in Germany either.

The families of German specialists included children of all school ages: from first graders to sixteen. Before the opening of a special school on the island, children studied at the so-called "home school", where the teachers were the parents of the students, specialists in various fields of knowledge.

It was not difficult to find teachers in mathematics, physics and biology among scientists. There were teachers in the humanities, the German language, stories Greece and Rome, music and physical education.

In 1948, a special school was opened to teach children of German specialists. And they were replaced by full-time Russian teachers. A veteran of the Great Patriotic War, Galakhov, who spoke German well, was appointed director of the school. 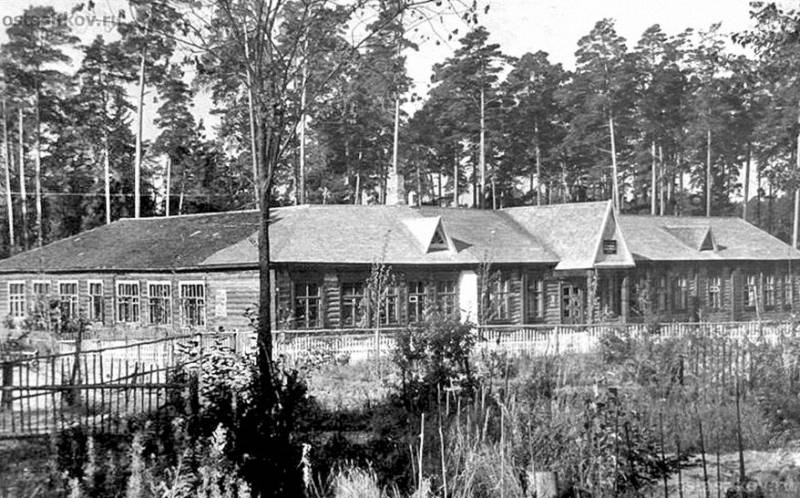 School for German children
According to the recollections of the Germans, the curriculum of Russian schools was very interesting. German remained the language of instruction in the primary school.

But already in the second grade, children had to learn Russian as a foreign language. At this age, all children, without exception, quickly mastered a new language. In the middle-level classes, all subjects were already taught in Russian. German grammar and literature was taught as a "mother tongue". Students took exams in seven grades to enter secondary school.

In connection with the retirement of the "special contingent" in 1953, the special school was transferred to the curriculum of an ordinary school.

Leisure of Germans on the island

Upon arrival on the island, the Germans did not confine themselves to work only. Immediately, they independently took up the arrangement of their life and leisure.

In their free time, they went in for sports, amateur performances and housekeeping.

On their own initiative, they built tennis courts, created symphony and jazz orchestras. And two theatrical collectives, where a significant number of specialists and their family members, together with children, were engaged with enthusiasm. 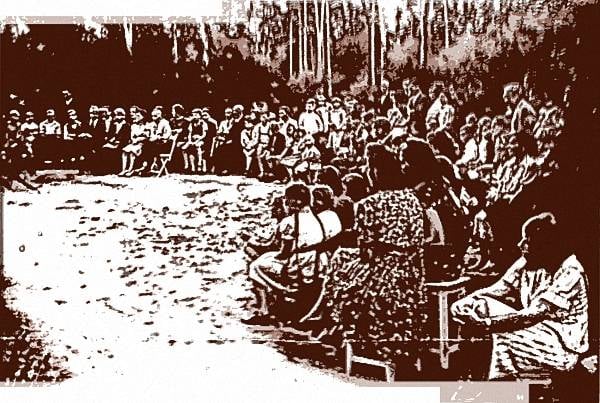 Concert of amateur performances
On weekends and holidays, they were allowed to travel to the regional center of Ostashkov, and Moscow, to visit shops and markets. They were regularly taken to Moscow theaters and museums.

Life on the island was in full swing. And their stay in the Soviet Union was in no way comparable to the situation of Soviet prisoners of war and civilians taken to Germany.

According to the published memoirs of Frau Gertrude Grettrup, the wife of the head of the German group at Gorodoml, the living conditions of German specialists and their communication with Soviet specialists and local residents are described in detail.

In her book, in particular, she writes:

“On Sundays we went boating.

We moved around the lake in search of new villages in order to learn more about the local hospitable peasants who were happy to share what they had to offer - thick creamy milk, bread and cheese.

They are served in the dining room, the only room in the house apart from the bedroom and kitchen ...

In one corner there is an icon lamp in front of the icons, and in the other corner "Father" (Stalin) is fixed on the wall next to the family photographs of those killed in the war.

While we are sitting, our son Peter is playing on the street with the village children, watching the smoking of bacon, and driving chickens and geese. " 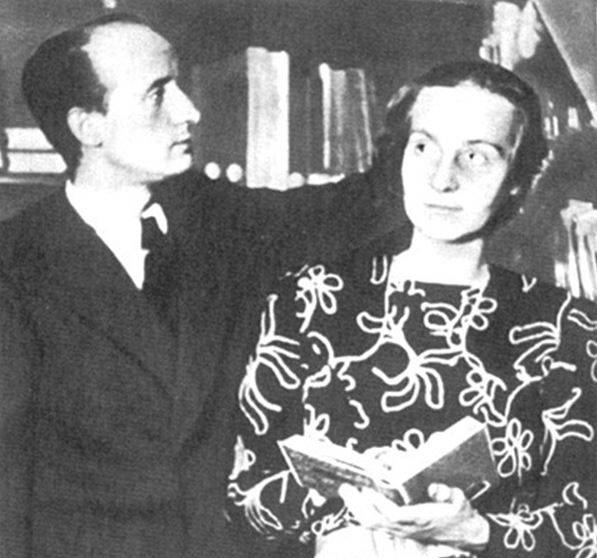 Helmut and Gertrude Grettrup during leisure hours
After leaving the island of Gorodomlya and returning to Germany, most German specialists fondly recalled their stay in the Soviet Union, where they were provided with all the conditions for creative work in their specialty. A normal environment for everyday life, leisure and education of children has been created. And they especially remembered the cordial attitude of local residents to themselves.

And this is after the colossal losses suffered by their compatriots after the war.