The series of project 23130 medium sea tankers will continue 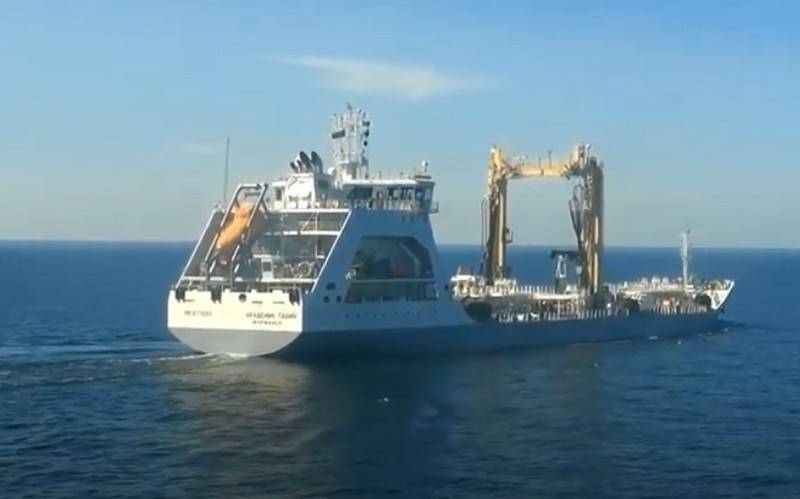 The series of Project 23130 medium sea tankers will continue. According to the head of the auxiliary service in an interview with Krasnaya Zvezda fleet of the Transport Support Department of the Ministry of Defense of the Russian Federation, Captain I Rank Sergei Epifanov, three more tankers will be built for the Navy.


According to Epifanov, in addition to the lead tanker of the Akademik Pashin project, three more serial ones will be built for the fleet, the first of which will be named Vasily Nikitin. He did not specify the timing of the start of construction and the transfer of tankers to the fleet, saying that the contract for three tankers was signed in 2020. Earlier it was reported about plans to build five more vessels of this project and create an auxiliary flotilla of six tankers in the Arctic.

The lead tanker of project 23130 "Akademik Pashin" was brought into the Northern Fleet on January 21, 2020.

Deadweight at maximum load is about 9000 tons. The maximum length is 130 meters, the maximum width is about 21 meters, the maximum draft is about 7 meters. The maximum speed is 16 knots. Autonomy 60 days. Crew of 24 people. The cruising range is 9000 nautical miles, and one of the main tasks is the escort of aircraft carriers.
Ctrl Enter
Noticed oshЫbku Highlight text and press. Ctrl + Enter
We are
The Ministry of Defense decided on the construction of five more tankers of project 23130The marine tanker Akademik Pashin will join the Northern Fleet on January 21
Military Reviewin Yandex News
Military Reviewin Google News
50 comments
Information
Dear reader, to leave comments on the publication, you must sign in.