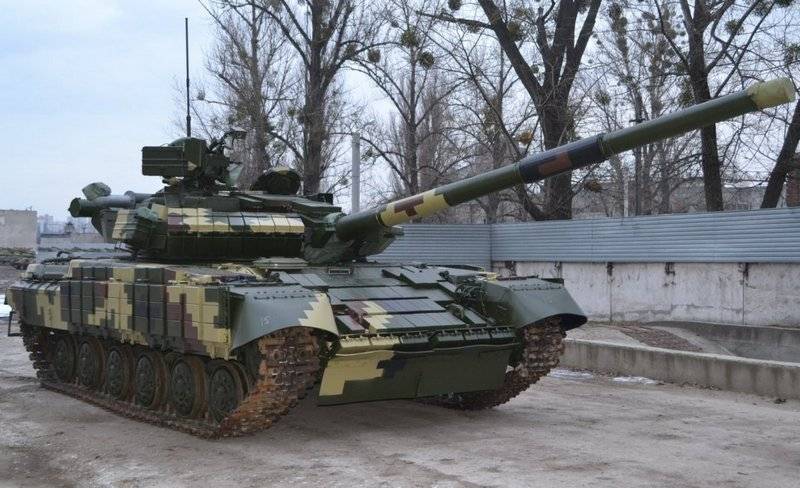 The Armed Forces of Ukraine (AFU) received another batch of major military units that have undergone major overhaul tanks T-64BV. This was reported by the press service of the Kharkov Armored Plant.


According to the report, KhBTZ handed over nine T-64BV tanks, which underwent major repairs and modernization, to representatives of the Ukrainian military department. It is noted that the work, which began at the end of last year, was carried out ahead of schedule.

At the same time, the plant emphasizes that funds for the repair and modernization of tanks come in "limited quantities."

The T-64BV tank of the 2017 model is the main combat vehicle of the armored divisions of the Armed Forces of Ukraine.

In December last year, Ukrainian media reported on a new modernization of the T-64 under the name "Crab". The new tank should become a symbiosis of Bulat, the T-64BV model of 2017 and the T-84. At the same time, it is emphasized that Ukrainian engineers will take into account the experience of the combat use of tanks in Donbass and "will be able to avoid the mistakes of the Russians, which they made with the T-72 and T-90 in the course of modernization."

Ctrl Enter
Noticed oshЫbku Highlight text and press. Ctrl + Enter
We are
APU received a batch of modernized tanks T-64BV and T-80BVReports from the militia of New Russia for 27-28 September 2014 of the year
Military Reviewin Yandex News
Military Reviewin Google News
50 comments
Information
Dear reader, to leave comments on the publication, you must sign in.