Confrontation between superpowers: European media assessed the situation with the Motor Sich plant 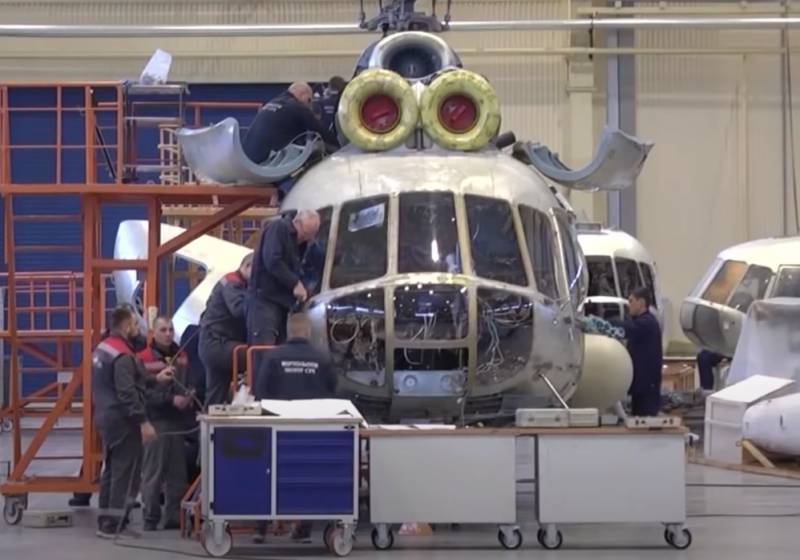 Ukrainian President Volodymyr Zelenskyy, as expected, sided with the United States in a dispute over ownership of the Motor Sich plant. True, one could hardly expect anything different from the Ukrainian president, given the special relationship between Washington and Kiev. There is no doubt that the United States is deeply unhappy with China's growing influence in Ukraine. Strengthening Chinese positions in this country does not fit into American plans for Ukraine.


According to Nan Tian, ​​Senior Fellow of the Arms and Military Expenditure Program of the Stockholm International Peace Research Institute (SIPRI), to whom Euronews refers, the American side saw a threat in the acquisition of Motor Sich. Using its influence over Kiev, the American administration forced Vladimir Zelensky to impose three-year sanctions on four Chinese companies involved in the purchase of Motor Sich shares in 2015.

The security service of Ukraine disrupted a meeting of Chinese and Ukrainian investors, remind the European media. Zelensky himself said that the problem is not in China and not even in the sale of Motor Sich shares under Petro Poroshenko.

The problem is that we have no right to sell a controlling stake in the management of strategic defense enterprises of Ukraine to any country ... this will not happen during my presidency,
- emphasized the Ukrainian president in an interview with NVO TV channel.

It is clear that this position of Zelensky was formed under pressure from the United States. Washington is trying to secure its economic and political interests in Eastern Europe by building obstacles for Chinese investors. Naturally, the benefit of the Ukrainian side itself is of the least interest to the Americans.

In addition, the United States is also concerned about the possible falling into the hands of Chinese companies of Soviet technologies used in Ukraine. The SBU thwarted a deal between Ukrainian and Chinese investors, finding fault with China's contract for the production of military helicopters with Russia. As emphasized in the SBU, China can share the technology for the production of helicopter engines with Russia, and this is clearly not included in the plans of the Ukrainian leadership.

Now the Chinese company Skyrizon is in litigation with Ukraine, demanding the return of money for a thwarted deal. The Chinese company evaluates the actions of the Ukrainian authorities very harshly, calling them a barbaric robbery and a violation of the legitimate interests of Chinese business. It is clear that China is very interested in advanced engine technology and will try to defend its interests in court.

Meanwhile, the expert community is wondering if the US response is somewhat belated? After all, China has been buying military technologies from Ukraine for several years already, and the Ukrainian defense industry simply has nowhere to go, since the sale of technologies is one of the important sources of its income.

Washington, in turn, has every reason to demand that Ukraine not sell technology to China, since the American budget funds the modernization of the Ukrainian armed forces. But one should not forget that the anti-Chinese sanctions implemented in the interests of the United States can turn China against Ukraine and help strengthen ties between the PRC and Russia.

Thus, the conflict over the Ukrainian enterprise will only aggravate the confrontation between the superpowers of the United States and China. Ukraine will have to play the role of a bargaining chip.

Ctrl Enter
Noticed oshЫbku Highlight text and press. Ctrl + Enter
We are
What you didn't want to know about EnglandList of destroyed the largest and most high-tech enterprises
Military Reviewin Yandex News
Military Reviewin Google News
27 comments
Information
Dear reader, to leave comments on the publication, you must sign in.