March 20 2021
106
Continuing the conversation about food, about food is not that difficult, but rather the opposite. Military cuisine at all times was a very simple matter, and on the other hand, satisfying. For the simpler and more nutritious, the better. The Roman legionaries proved it. 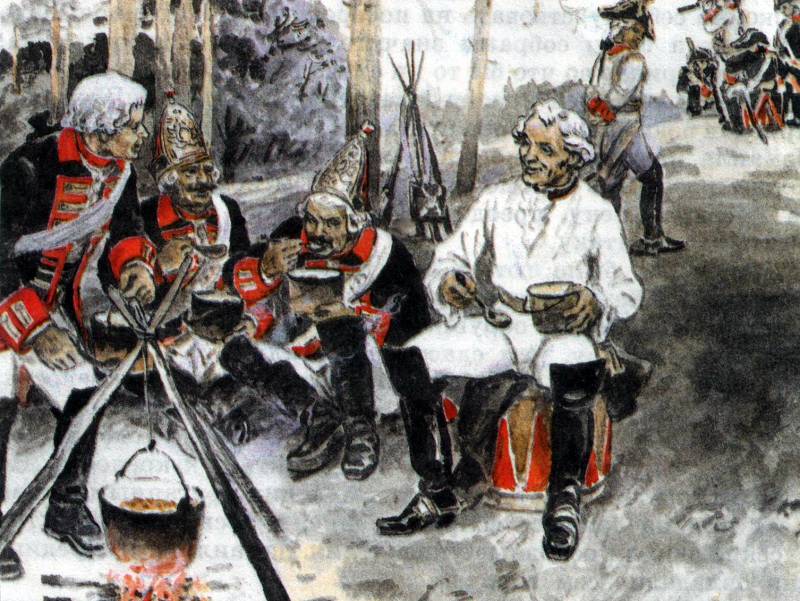 Some break in our research was caused by the expectation of spring. In general, speaking about the field army kitchen of the past centuries, of course, a campfire with a cauldron and other simple devices is drawn. But since the weather simply does not make it possible to reach a living fire, and some recipes simply do not rise up a hand to implement at home, the time was spent studying the works of Elena Molokhovets and William Pokhlebkin precisely in the part that concerned cooking for the military.

Suvorov was very fond of roast (he will be in front), which he ate with a variety of cereals. But there is also a slightly simpler recipe that is quite good for everyone without exception, since it is delicious, simple and nutritious.

For cooking, you need a baking sheet (in our case, a frying pan) and a pot. 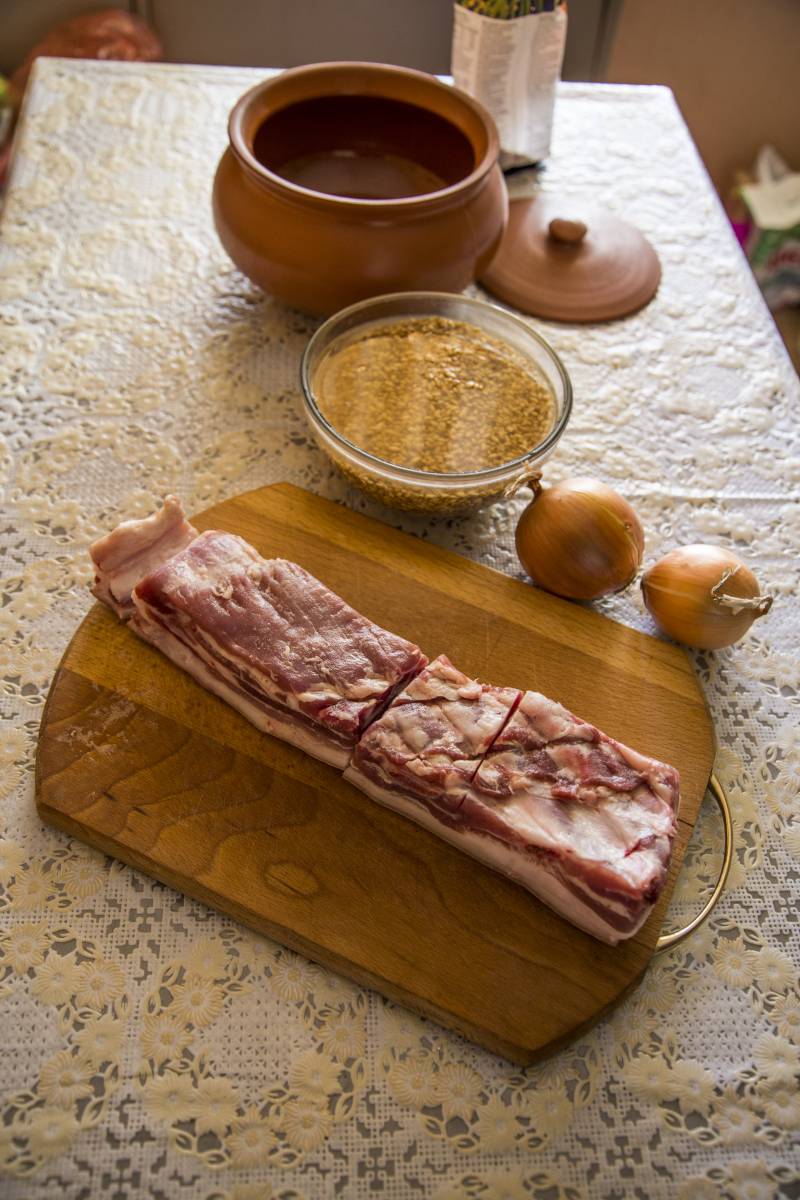 The set, as you can see, is simple, which can be dug, if not in an open field, then in any village. So if we are stuck in winter apartments somewhere far from big cities, then we will not have any particular problems with finding such a set of products. The food service does not have it - for sure it will be found among the local population. In general, nothing complicated.

"Waking up in the morning, put the oils of Provencal, veal and ham in a saucepan ... fry, add ... garlic, shallots, rockambol ... clout, an onion sprinkled with three cloves ... a glass of champagne wine, a glass of white vinegar, cook over low heat ..." - this is not about us.

We take the brisket and place it in the pan. We don't need butter, because there is good pork fat, on which everything will just be great to fry. After melting the fat, add the onion and fry until golden brown. While everything is fried, chop the carrots and turnips into cubes, and then send them to the meat and onions. 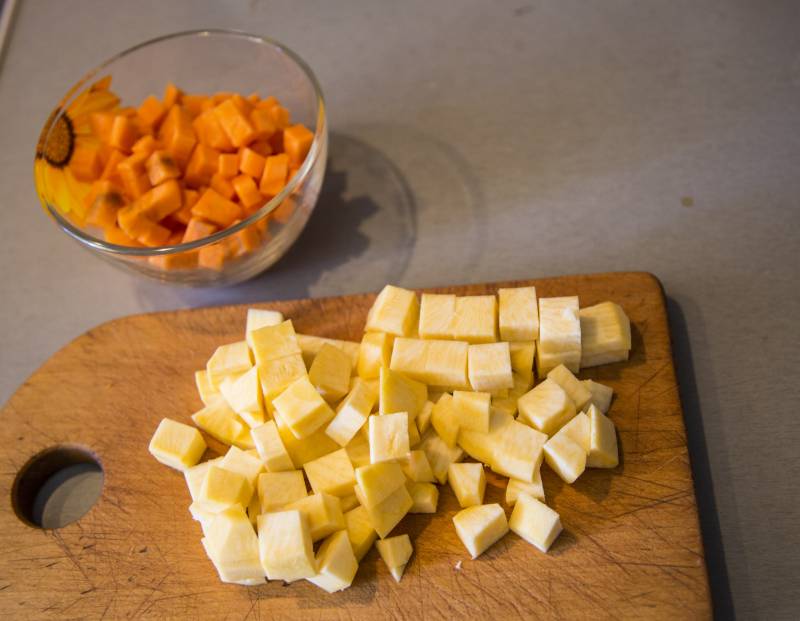 Do not fry, but warm up and saturate with the aromas of pork and fried onions. Salt and pepper, as they say, to taste. 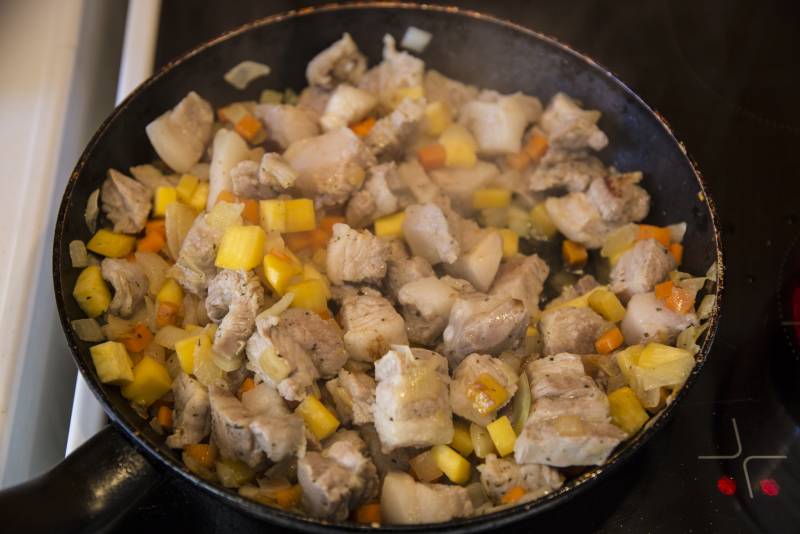 For normal cooking, the spelled must be soaked in cold water for at least an hour and a half. Then it can be boiled in salted water for about 30-40 minutes, or not. The only question is how much time you are willing to spend on cooking.

And then we take the pot and combine the spelled and roast. We mix and send to the oven. More precisely, in an oven simulating an oven. The temperature is 100-110 degrees, for an hour and a half. If the spelled is not boiled - for forty minutes. And such a good piece of butter, because it is an excellent flavor enhancer, not worse than any chemistry, but much better. No wonder they say that you can't spoil porridge with butter ... So we won't spoil it. 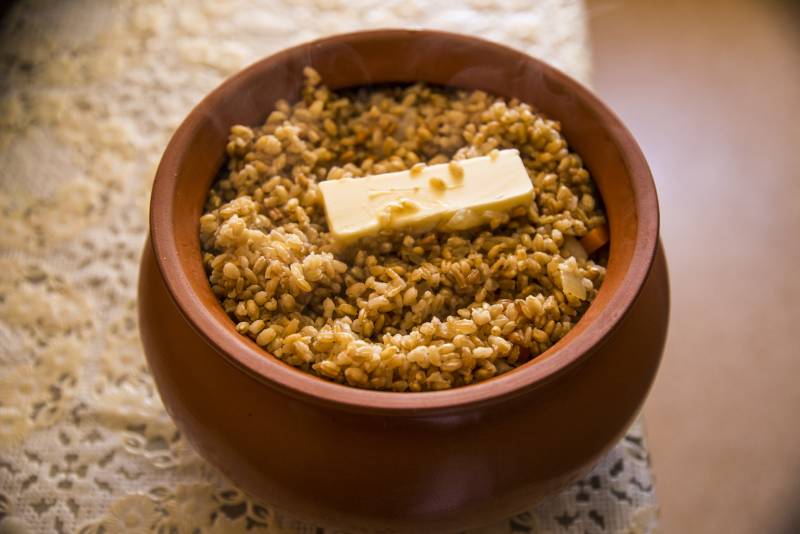 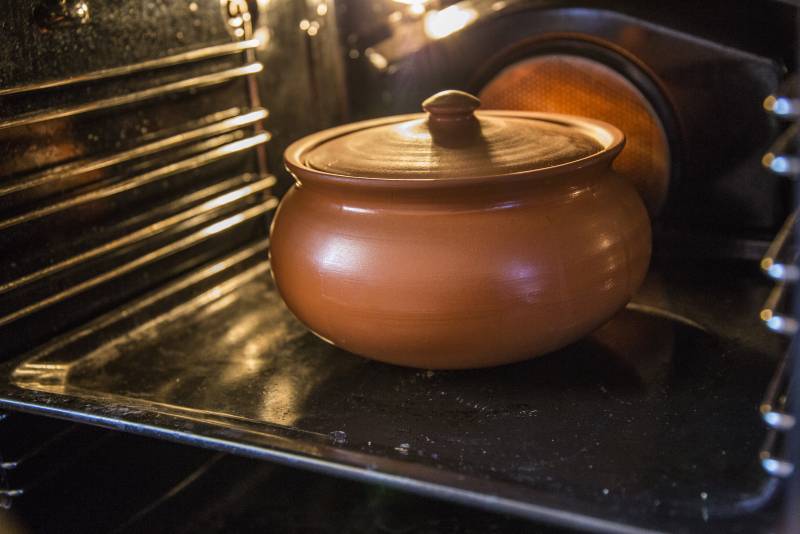 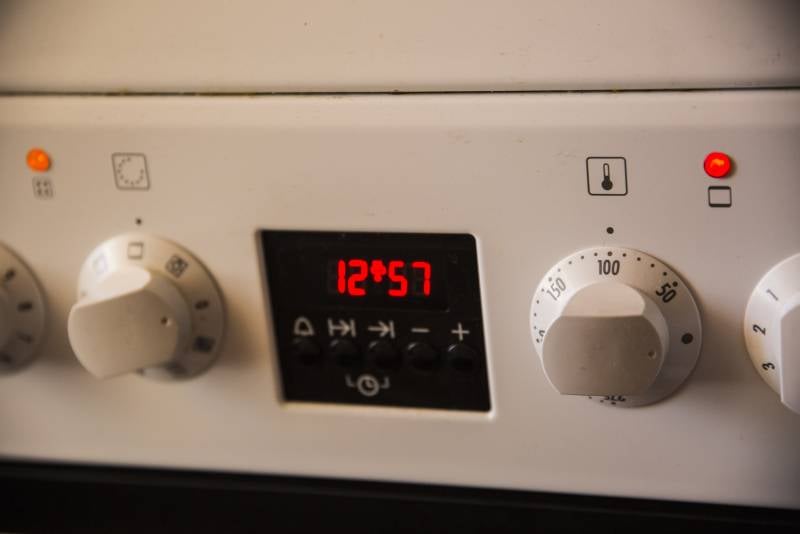 And that's all. After the indicated time, we get a rather simple and pleasant dish. It remains only to sprinkle with parsley and a green onion - and this is not a shame to serve on the table under a glass or two to friends under the appropriate literaryhistorical accompaniment. 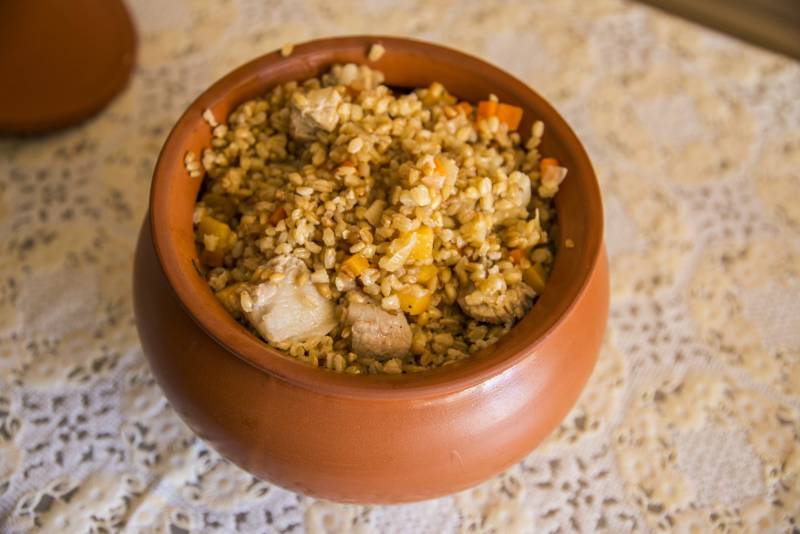 The fat content of the dish, if desired, can be adjusted by choosing the brisket. But here everyone can handle it to their liking.

So try it, you won't regret it.

Ctrl Enter
Noticed oshЫbku Highlight text and press. Ctrl + Enter
We are
Chernobyl notebook. Part of 3Congratulations on the 285 anniversary of the birth of the Great Russian commander Alexander Vasilyevich Suvorov!
Military Reviewin Yandex News
Military Reviewin Google News
106 comments
Information
Dear reader, to leave comments on the publication, you must sign in.