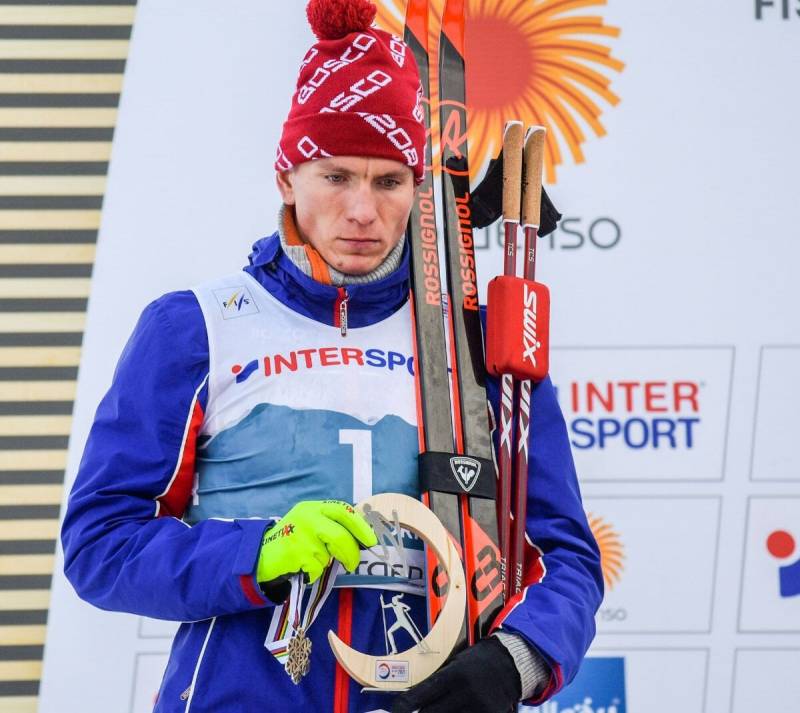 The humiliation of Russia on the sports fronts has reached such limits that it is time to talk about a real epidemic of madness that has hit international sports organizations. And, besides this, about forcing the Russian Federation to resignedly agree with the loss of sovereignty in sports. So far, this is only in sports.

The Court of Arbitration for Sport (CAS) banned Russia from using the song "Katyusha" instead of the anthem at the Olympic Games in Tokyo in the summer of 2021 and in Beijing in February 2022. This was reported on March 12 by the British edition "Inside the Games". It is impossible to refrain from almost completely quote this newsfrom the bowels of the CAS:

The Court of Arbitration for Sports (CAS) rejected Russia's request to use the Katyusha folk song as a substitute for the national anthem at the Olympic Games in Tokyo 2020 and Beijing in 2022.

The Russian Olympic Committee's Athletes' Commission proposed using the song instead of the national anthem in January.

The ban on the performance of the national anthem is part of the sanctions imposed on Russia by the World Anti-Doping Agency for manipulating the data of the Moscow laboratory.

Russia must participate under a neutral flag in Tokyo 2020 and Beijing 2022, and athletes from the country will not participate in the Paralympic Games or World Championships during this period as Russia.

CAS confirmed to the publication that a request was made (from the Russian Federation - from Ed.) To clarify that part of the prohibition, which states that

“The Russian national anthem (or any anthem associated with Russia) must not be officially sung or played in any official venue or other territory controlled by the signatory or designated organizer of the event (including, without limitation, medal ceremonies and ceremonies opening / closing) ".

The CAS collegium believes that the words "any anthem associated with Russia" apply to any song associated with or connected to Russia, and this includes the performance of any song, including Katyusha, the CAS statement said.

CAS noted that "the decision on which anthem will be played at the Olympics will be made by the International Olympic Committee (IOC), not Russia."

A document released by the IOC last month states that the Russian Olympic Committee must present the proposed musical score at all ceremonies of international sporting events.

This musical score will then be subject to the approval of the IOC Executive Board.
Gentlemen from the Olympic Committee of the Russian Federation and other sports officials, do you think that very soon such messages in the media will become reality:

“After the victory of the Russian national hockey team over the Swedes (Finns, Canadians, Americans, etc.) after the end of the match, first one Russian hockey player, and then the whole team loudly started“ Get up, the country is huge ... ”instead of the anthem of their country, the performance of which was prohibited by Sports arbitration court shortly before.

Such outrageous unacceptable behavior of the Russians immediately received a legitimate response. 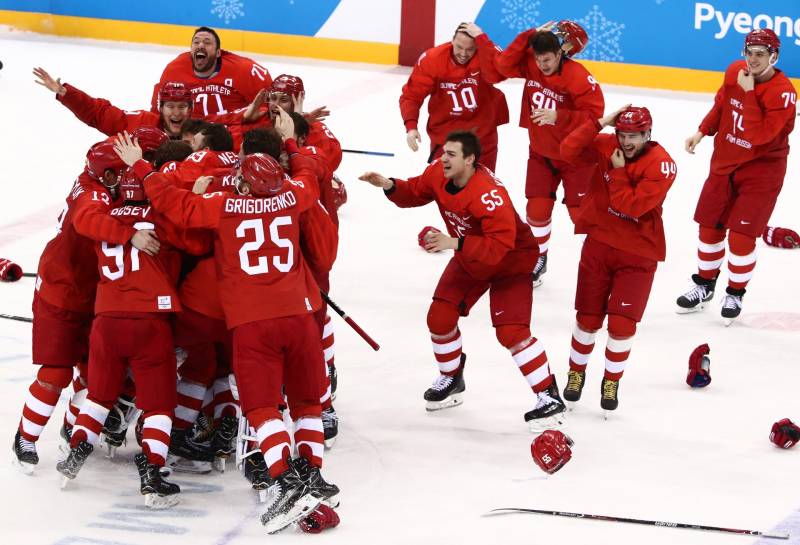 Several hundred police officers immediately arrived on the ice, who, after a long scuffle, still managed to twist the Russian hockey players. Against them (in the glorious traditions of the Parisian, Berlin and London law enforcement agencies), rubber truncheons, tear gas were used, and in the end - water cannons.

Russian hockey players were taken into custody, and the criminal court held the next day awarded them two months in prison and a fine of ... euros each. Large fines will have to be paid to the Olympic Committee and the Russian Ice Hockey Federation.

The Court of Arbitration for Sport has decided to prohibit Russian athletes from mentioning their country in interviews and when communicating with media representatives.

In this regard, it is worth remembering that in the amendments to the Constitution of the Russian Federation adopted last summer 2020 in Art. 79 stated:

2. Do the prohibitions adopted by a number of international sports organizations contradict the Constitution of the Russian Federation?

Finally, why the courts of domestic jurisdiction have not yet received claims on this topic from the Olympic Committee and domestic sports federations that have been decimated and proscribed by WADA, CAS and other international organizations?

Where does such childish shyness in front of them come from among Russian sports, near-sports and pseudo-sports officials? How is this shyness explained? And whose interests are these persons protecting? Why not think about the law enforcement of the term "foreign agent" in relation to at least some of them?

It is obvious that someone in the domestic sports bureaucracy either does not understand, or pretends not to understand what such prohibitions mean for real patriotic athletes. What can victory mean for them, receiving an award, if this is not accompanied by a hymn and raising the flag of their homeland?

On the social networks of the Russian segment of the Internet, one can easily find massive comments on this topic. In them, the endless humiliation of Russian sports and non-resistance to Western sanctions on the part of domestic officials are often called "betrayal."

It is clear that sport has long been part of the (and very important) hybrid information war against Russia that the West has been waging over the past two decades.

The lack of harsh answers (and why not preventive measures?) In relation to Western provocateurs "from sports", according to the organizers of such undertakings, should cause uncertainty among the population of the Russian Federation regarding the actions of the authorities, thoughts about the inconsistency of their actions with declared intentions, etc. In short, this will only contribute to the growth of general discontent and, as a result, contributes to the undermining of the constitutional system of the Russian Federation.

In the summer of 1941, as the servicemen of the Hitlerite Wehrmacht later wrote, the dying garrisons of Soviet pillboxes sang "Katyusha".

It was sung in the Kerch catacombs by the Red Army men dying of hunger and wounds, pronouncing the words of the song with their lips parched from thirst.

According to the testimony of the few surviving prisoners of concentration camps, the German Nazis reacted very violently to the unauthorized performance of the Katyusha when the Soviet prisoners of war, driven to despair by the brutal conditions of detention, began to sing it ...

Ctrl Enter
Noticed oshЫbku Highlight text and press. Ctrl + Enter
We are
What you didn't want to know about EnglandList of destroyed the largest and most high-tech enterprises
Military Reviewin Yandex News
Military Reviewin Google News
265 comments
Information
Dear reader, to leave comments on the publication, you must sign in.