NEP - the path to a new catastrophe or to salvation? 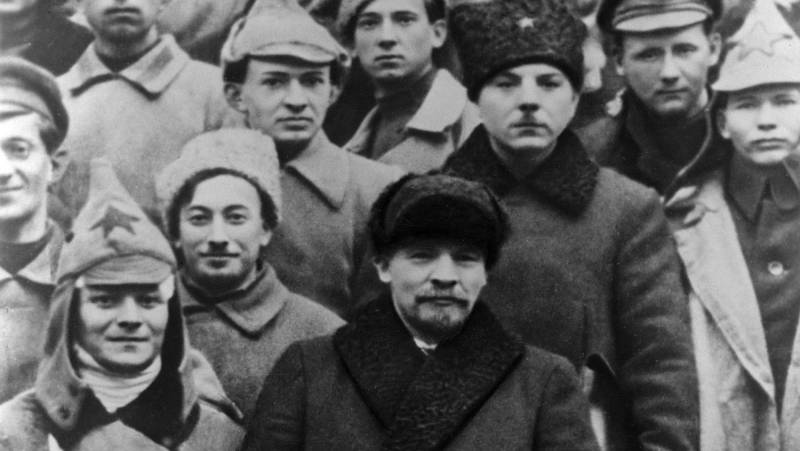 Depletion of the country

World War, Troubles, intervention and mass migration led to the depletion of Russia, its resources, human and material. The policy of war communism, a policy of mobilization with the aim of confronting the enemies of the Bolsheviks, has ceased to be tolerant for most of the peasantry (the overwhelming part of the population of Russia), devastated by the war and exhausted by crop failure. The peasants began to oppose the Soviet regime. The country faced the threat of a new outbreak of war between city and country, and this could be followed by a new external invasion of the West, the nationalist regimes of Poland and Finland, and the White Guards.

The natural response to the lack of a market, the withdrawal of food through surplus appropriation, was the reduction of the cultivated area by the peasants. The peasants have reduced the production of agricultural products to the minimum necessary to feed one family. And large farms that existed before the revolution were destroyed everywhere. Land plots were crushed everywhere and lost their marketability. In 1920, agriculture provided only about half of the pre-war production. And the reserves that existed earlier were used during the war. The threat of large-scale famine loomed before the country. In 1921-1922. famine covered the territory of 35 provinces, tens of millions of people suffered from it, about 5 million died. The Volga region, the Southern Urals and Southern Ukraine were particularly affected.

The industrial situation was even worse. In 1920, the production of heavy industry accounted for about 15% of the pre-war. Labor productivity was only 39% of the 1913 level. The working class suffered greatly. Many died on the fronts of the Civil. Plants and factories stood, many were closed. The workers went to the villages, saved themselves by subsistence farming, became handicraftsmen, small traders (bagmen). There was a process of declassing workers. Hunger, unemployment, war weariness and other hardships were the reasons for the discontent of the workers.

Agriculture was the backbone of the Russian economy and the main source of resources. And it was in complete decline. Large farms have practically disappeared, yards with a sown area of ​​more than 8 dessiatines accounted for about 1,5%. Courtyards with small plots prevailed completely - with sowings up to 4 acres, and one horse. The share of farms with more than 2 horses fell from 4,8% to 0,9%. There were more than a third of the horseless households. The war led to the death of a large number of able-bodied men, some became disabled and crippled. Most of the draft animals were lost.

If the current situation persisted, Russia could lose the remnants of industry, developed infrastructure (including railways), and large cities. Industry would become purely handicraft, serving the interests of the peasants. The country was losing the ability to maintain the state apparatus and the army. And without this, Russia would simply be devoured by large and small external predators.

Therefore, after an extraordinary period of war, the Soviet state tried to establish its economy. Two of the most authoritative agricultural economists in Russia, L. Litoshenko and A. Chayanov, were instructed to prepare two alternative projects. Litoshenko proposed to continue in the new conditions the "Stolypin reform" - a stake on farming with large land plots and hired workers. Chayanov proceeded from the development of peasant farms without wage labor with their gradual cooperation. These projects were discussed in the summer of 1920 at the GOELRO commission (the prototype of the planning body) and at the People's Commissariat of Agriculture. It was decided to put the Chayanov plan at the heart of state policy. 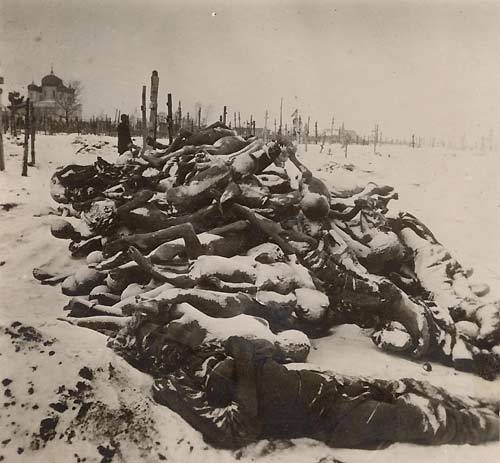 The corpses of those who died of hunger, collected over several December days in 1921 at the cemetery in Buzuluk

The main milestones of the NEP

On March 8, 1921, the X Congress of the RCP (b) opened in Moscow. It took place against the backdrop of the Kronstadt mutiny and a series of peasant uprisings throughout Russia. At the same time, Kronstadt was not the primary reason for the introduction of the NEP. The text of the resolution on the NEP was presented to the Central Committee on February 24, 1921. The Congress adopted a decision on the transition from the policy of War Communism to the New Economic Policy and on replacing the surplus appropriation system with a tax in kind. The congress also adopted a special resolution "On Party Unity" proposed by V. Lenin. The document pointed out the harm and inadmissibility of any factionalism and ordered to immediately dissolve all factional groups and platforms. Any factional speeches were prohibited. For violation of these requirements, they were expelled from the party. In the summer, a purge took place in the Communist Party, about a quarter of its members were expelled from the RCP (b).

The NEP included several important decrees. The decree of March 21, 1921 replaced the food distribution with a tax in kind. During the surplus appropriation, up to 70% of agricultural products were seized, the tax was about 30%. The rest was left to the family and could be used for sale. At the same time, the tax became progressive - the poorer the family, the less it is. In a number of cases, the peasant economy could generally be exempted from tax. The decree of March 28, 1921 introduced free trade in agricultural products. On April 7, 1921, cooperatives were allowed. The decrees of 17 and 24 May created conditions for the development of the private sector (small, handicraft industry and cooperatives) and the material base of agriculture. A June 7 decree allowed the creation of small businesses with up to 20 employees. On October 4, 1921, the State Bank of the RSFSR was established. 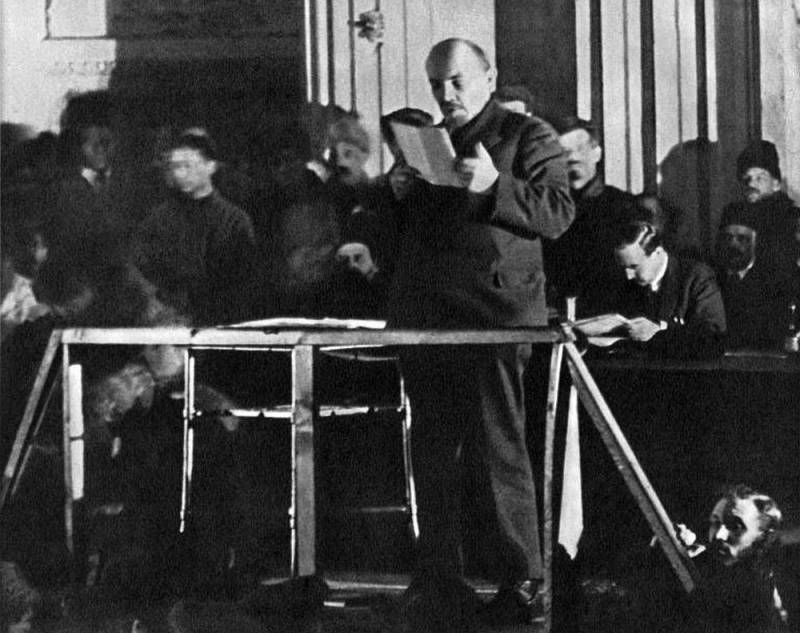 Lenin speaks at the X Congress of the RCP (b) with a report on the transition to NEP. 1921 g.

The NEP gave rise to heated discussions in the party. It was called "retreat", "peasant Brest". Among some of the professional revolutionaries, hatred of the "peasant" principle of Russia was very stable and pronounced. Many Bolsheviks did not want to encourage the peasantry. However, Lenin emphasized that

"Only an agreement with the peasantry can save the socialist revolution in Russia."

And the peasants can only be satisfied with the freedom to exchange their surplus. Therefore, the "link with the peasant economy" (the basis of the NEP) is the main condition for building socialism. Thus, the NEP was caused not by a political moment, but by the type of Russia as an agrarian, peasant country.

It is worth noting that the discussion about the NEP imperceptibly pushed aside the concept of Marxism about the world proletarian revolution as a condition of socialism. All attention was focused on the internal affairs of Russia, from which the concept of building socialism in one country later grew. 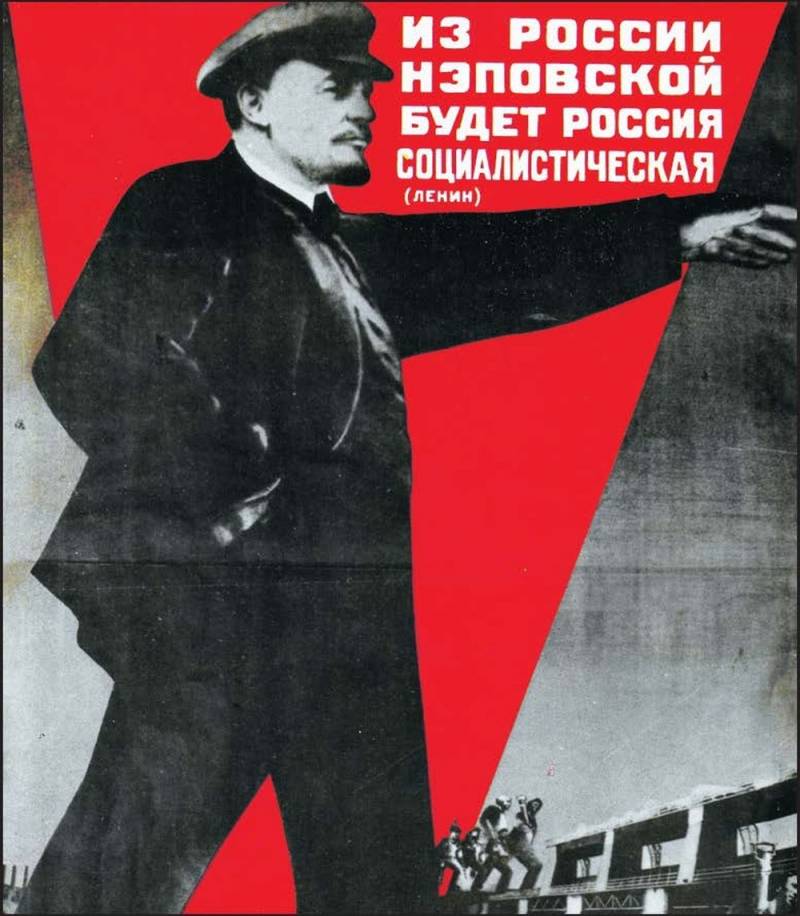 The first year of the new policy was accompanied by a catastrophic drought (of the 38 million dessiatines sown in the European part of Russia, 14 million died). The population of the most affected areas had to be evacuated to Siberia, the mass of people (about 1,3 million people) went independently to Ukraine and Siberia. The shock of the situation led to the fact that in 1922 rural work was declared a national and general party matter.

But gradually the NEP led to the restoration of agriculture. Already in 1922, the harvest amounted to 75% of the 1913 level, in 1925 the sown area reached the pre-war level. The main branch of the country's economy, agriculture, has stabilized. However, the problem of agrarian overpopulation, from which Russia suffered at the beginning of the 1928th century, was not resolved. So, by 1913, the absolute growth of the rural population was 11 million people (9,3%) compared to 5, and the total sown area increased by only 9%. Moreover, the sowing of grain has not increased at all. That is, the sowing of grain per capita decreased by 1928% and amounted to only 0,75 hectares in 570. Due to a slight increase in productivity, grain production per capita of the rural population increased to 48 kg. The number of livestock and poultry also increased, almost a third of all grain was spent on their feed. The nutrition of the peasants improved. However, commercial grain production fell by more than half, to 1913% of the XNUMX level.

The "naturalization" of agriculture also developed. The share of those employed in agriculture increased from 75 to 80% (from 1913 to 1928), and in industry fell from 9 to 8%, in trade from 6 to 3%. The industry was gradually recovering. In 1925, the gross output of large-scale industry was ¾ of the pre-war level. Electricity production exceeded the 1913 level by one and a half times.

Further development of the industry was restrained by a number of problems. Heavy industry and transport were in a severe crisis. They were practically unnecessary for the "peasant economy". In large cities, a difficult situation was observed with the revival of the negative phenomena of capitalism. The Menshevik Dan, leaving prison at the beginning of 1922, was surprised that there was an abundance of food in Moscow, but only the new rich ("Nepmen") could afford prices. Everywhere speculators were striking, waiters and cabbies began to say "master" again, prostitutes appeared on Tverskaya Street.

The drunkenness of the population has become one of the striking features of liberalization. The production and sale of alcohol was freed. By 1923, the production of state edible alcohol had dropped to almost zero. Private production and sale of liqueurs and liqueurs was allowed. The fight against moonshine has stopped. Up to 10% of peasant farms produced moonshine. Moonshine has become a surrogate for money in the village. Only in 1925 was the state monopoly on vodka production restored. The state monopoly on vodka again became important for the country's budget. In the 1927-1928 financial year, the "drunken part" accounted for 12% of budget revenues (in 1905 it was 31%). But since that time, a noticeable increase in the consumption of distillery alcohol by the population begins.

In the late 20s, the NEP was curtailed, and forced industrialization began. During the years of perestroika and the victory of democracy, many authors presented this as a consequence of the erroneous and vicious views of the Soviet elite, Stalin personally. However, otherwise it was impossible to make a quick leap into the future, to overcome the gap with the leading powers of the world by 50-100 years. The NEP was needed to give the country and people a respite, overcome the devastation, and restore what was destroyed. But then a different policy was needed.

In 1989, an economic modeling was carried out for the option of continuing the NEP in the 1930s. It showed that in this case there would be no way to raise the defense capability of the USSR. Moreover, gradually the annual growth of the gross product would fall below the growth of the population, which led to the steady impoverishment of the people, and the country would steadily go to a new social explosion, the war between town and country, and turmoil. It is obvious that peasant, agrarian Russia had no future. In the turbulent 1930-1940. it would simply be crushed by the advanced industrial powers. Or it would have happened after the start of a new Civil War in Russia.