64 a year ago in the USSR the world's most massive fighter, the MiG-15, was adopted 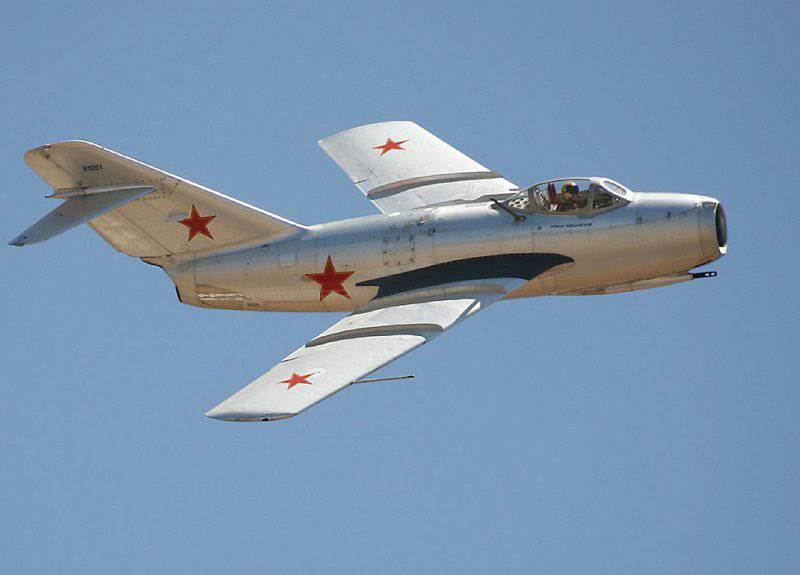 In the Soviet Union, more than 11 100 MiG-15 aircraft were built. They were widely exported to the countries of the Warsaw Pact, China, North Korea, to the Middle East (Egypt, Syria).

Production of various variants of the MiG-15 under license was organized in Czechoslovakia and Poland. As a result, more than 17 000 MiG-15 aircraft, which had more than 20 modifications, were built in all producing countries.

The aircraft received baptism of fire in the skies over Korea in 1950.

Soviet data on the results of the war in Korea became available only in recent years. They testify that during the fighting the pilots performed more 63 000 sorties, conducted 1683 air battles by day and 107 at night. More than 1100 enemy aircraft were shot down. Their losses accounted for 335 aircraft.
The pilots of the United Air Army (PRC and DPRK) conducted 366 air battles, in which an enemy aircraft was shot down by 271. Their losses - 231 aircraft.

During the Cold War, the legendary MiG-15 could be seen in the sky over half the world - the Sea of ​​Japan, the Commander Islands, Africa, India, Albania, Bulgaria, Hungary, Yugoslavia, the GDR, China, Egypt, Syria, Algeria, Morocco, Cuba , Afghanistan.