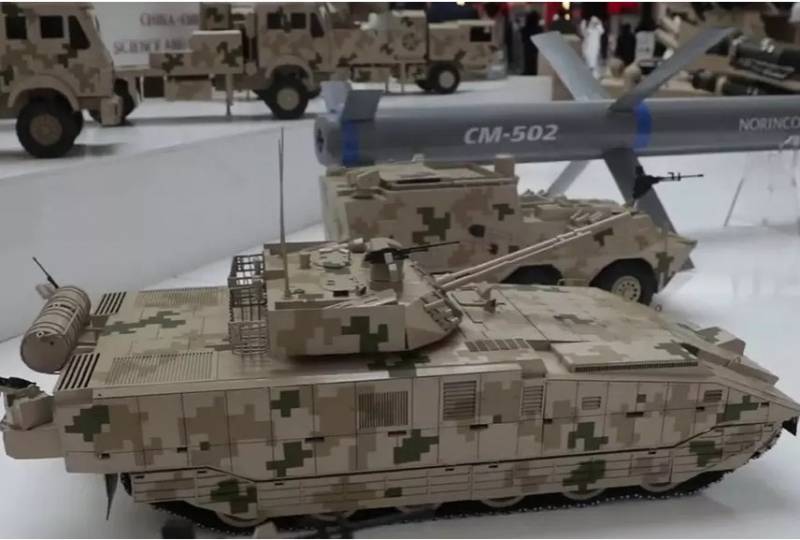 At the 15th International Defense Exhibition IDEX-2021 in Abu Dhabi (UAE), the Chinese delegation officially presented a model of a new heavy infantry fighting vehicle under development. Let us remind you that this is the second presentation in a row. The first took place in 2019. Then the Chinese introduced a heavy infantry fighting vehicle under the designation VN50. It was planned to create it on the basis of the main combat chassis. tank VT-4.


Naturally, the new Chinese combat vehicle could not but arouse the interest of experts from various countries. Experts immediately drew attention to the presence of a certain similarity with the Russian T-15 infantry fighting vehicle based on the Armata universal tracked platform.

Recall that the Russian heavy infantry fighting vehicle T-15 was first shown at the Victory Parade in Moscow in 2015. Among the main differences of the BMP T-15 is the presence of a tank level of armor and active protection "Afganit". Thanks to its reliable protection, the BMP can participate in combat together with the Armata T-14 tanks.

Also, a promising combat vehicle is distinguished by good armament. The Russian BMP T-15 is armed with a 30-mm 2A42 automatic cannon with selective ammunition and a 7,62-mm PKT machine gun paired with it, 2 twin launchers for the Kornet ATGM. 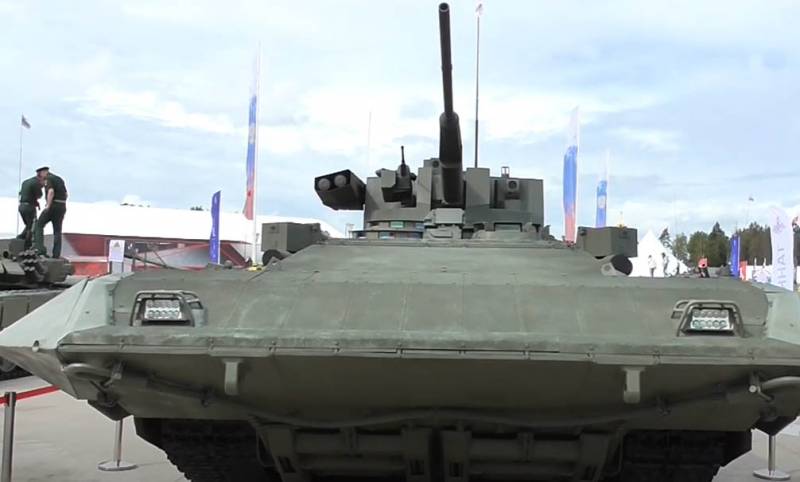 The Chinese infantry fighting vehicle has a lot in common with the promising Russian T-15. If you compare the images available to the press, you can see that the 2021 model has undergone a number of changes compared to the two-year-old model. In particular, the Chinese have changed the upper frontal part of the body - it is now shorter, and television cameras are installed on it. In the aft part of the BMP - 2 machine gun mounts 12,7 mm, with remote control.

The armament turret in the 2021 model is virtually identical to the 2019 model. For example, it contains a 100 mm rifled cannon, which can also be used as a launcher for guided missiles, as well as a 30 mm rapid-fire automatic cannon and a 7,62 mm machine gun.

Thus, we see that there are some differences in the armament of the Russian BMP T-15 and its Chinese counterpart. For example, the T-15 has ATGMs and AU220M, while the Chinese vehicle does not have them, but the Chinese has 2 large-caliber machine guns.

Like the T-15, the Chinese BMP has the engine located at the front of the vehicle. The BMP has a lot in common in appearance. That is, we can conclude that the Chinese BMP is indeed an analogue of the T-15 "Armata", but with some changes in armament.

It is worth noting that China expects to use promising infantry fighting vehicles not only for the needs of the People's Liberation Army. It is possible that if the BMP line is launched, then they will try to orient it for export. It is no coincidence that the model was first taken to armory exhibition in Abu Dhabi: China is very interested in the development of arms exports to the rich oil monarchies of the Persian Gulf.

It is also worth noting that in the PRC not so long ago, the VN17 medium infantry fighting vehicle, which was created on the basis of the VT5 tank, was tested. Apparently, China will not stop at the creation of the considered BMP VN50.

Ctrl Enter
Noticed oshЫbku Highlight text and press. Ctrl + Enter
We are
Reports from the militia of New Russia for 27-28 September 2014 of the yearInterview of Vladimir Putin with Radio Europe-1 and TF1
Military Reviewin Yandex News
Military Reviewin Google News
52 comments
Information
Dear reader, to leave comments on the publication, you must sign in.