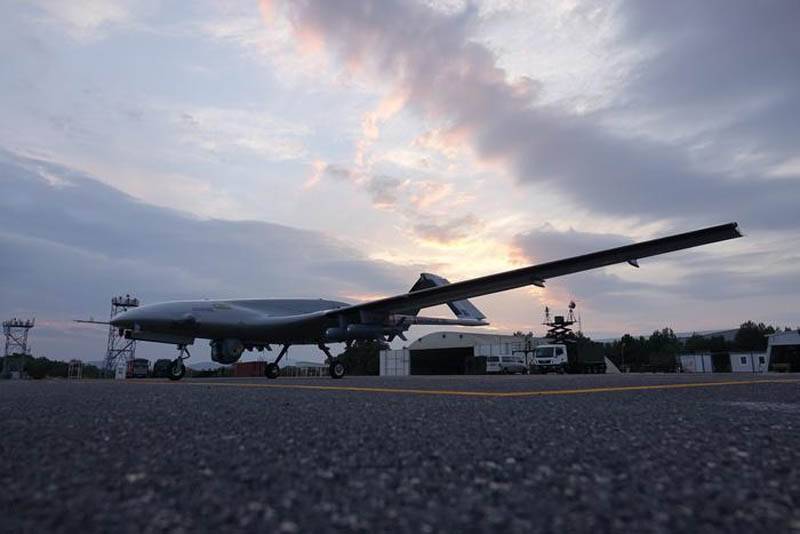 Information appeared in foreign media that the Turkish troops decided to en masse use the Bayraktar unmanned aerial vehicles to “hunt” the Pantsir-C1 air defense missile system of the Syrian armed forces. Data of this nature are published by the Asian resource Soha.


The material claims that two dozen Bayraktar-TB1 UAVs were used to attack the Pantsir-C2. In total, at least 30 missiles were fired at the Russian-made complex. At the same time, this did not cause any serious problems to "Pantsir".

From the material in Soha (Vietnam) with reference to the Turkish military observer Enes Kaya:

Only one of the missiles exploded in relative proximity to the ZRPK, as a result of which it received minor damage.
The article also claims that Russian military specialists were brought in to repair the damage.

This raises the question: was at least one Turkish drone shot down during that massive attack? There is no answer to this question at the moment. At the same time, in the material of this resource there is a commentary from the above-mentioned Turkish observer, who declares the mistakes of the actions of the Syrian calculation, which allowed the very fact of the approach of a large number of drones to the air defense missile system, which was at that time in the province of Idlib.

To what extent this information corresponds to reality, one can only guess, since there are no official confirmations (as well as denials) of the statements about the attack on the "Shell" so far.

At the same time, it is worth noting the sharply increased activity in Syria of both the Turkish military and pro-Turkish armed formations. So, since yesterday evening, strikes have been launched against the city of Seraqib in Idlib, controlled by the Syrian troops. At the same time, shelling of the positions of the SAA in the city itself, as well as in its suburbs, was carried out using both artillery and rocket launchers. Earlier, the Turkish army struck at the positions of the SAA in the north of the country - south of the city of El-Bab.

Ctrl Enter
Noticed oshЫbku Highlight text and press. Ctrl + Enter
We are
Summary of events in the DNI and LC during the week 07.04.18 - 13.04.18 from the military commissar "Mag"Reports from the militia of New Russia for 27-28 September 2014 of the year
Military Reviewin Yandex News
Military Reviewin Google News
134 comments
Information
Dear reader, to leave comments on the publication, you must sign in.