Speeches to the Russian nation

Is this the same as the people?

And if not, how do these two relate to each other? something?

It seems clear that without answering at least the first of the questions posed, there can be no question of a practical solution to the existence of the Russian nation: after all, it is impossible to consciously do something the essence of which you do not understand. Therefore, the practical realization of the Russian nation is preceded by a theoretical understanding of the very essence of the nation.

It is for those who find in themselves the need for such an understanding that the author of this article would suggest that they get acquainted with the report by A.N. Muravyov, at that time a candidate of philosophical sciences and an associate professor of the department stories philosophy at that time, it seems, was the Faculty of Philosophy of St. Petersburg State University (now it is the Institute of Philosophy of St. Petersburg State University).

In our opinion, in this report, at a sufficiently high theoretical level (and, what is important, in a language accessible to those who are not a specialist in philosophy), both the essence of the nation as such is formulated, and it is indicated why the Russian people are suitable to become a nation in the philosophical sense of the word ... 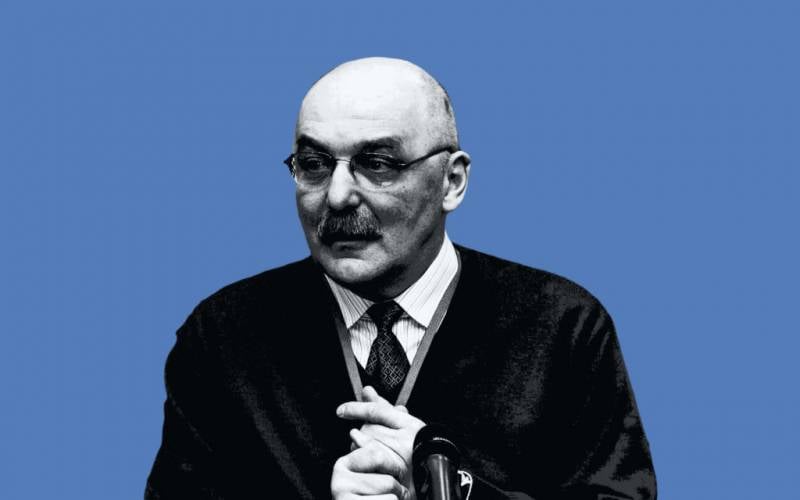 Let's briefly go over the main theses and topics of the report:

1. Fichte was mistaken in addressing his "Speeches" to the Germans, because, as the XNUMXth century has shown, the Germans are not capable of becoming a nation, being inclined not only to nationalism, but even to Nazism. The key role of real philosophy and real art in the upbringing and education of a real nation.

"Only upbringing can save us from all the troubles that oppress us."
The clash in the modern history of Russian education of two equally opposite, as well as mutually complementary moral forces: rationalistic-scientific (scientistic) and irrationalist-religious.

"A nation is any set of individuals who have reached civil accord in the form of a state capable of defending their independence in the fight against other states and ensuring the selfish interests of its constituent citizens."

According to Fichte's concept of a nation, for its transformation into a nation, any people must fulfill the following necessary and together sufficient conditions:

1) preservation by the people of its connection with their native land;

2) preservation by the people of their native language;

3) the emergence of a methodically thinking philosopher in the depths of this people;

5. If a person brought up not on the basis of national education, largely, although he could be outwardly harmless and even useful person, inside himself he still remained an egoist, then in a real nation all people will be entirely good people, that is, people of good, unselfish will.

If the former (non-national) state was a kind of machine, at best, only externally forcing its own typical citizen to good actions, then the new, national state will be a true state - in the sense that it will create a source of goodness within the free spirit of its citizens.

(It should be noted that this is not about the fact that all citizens of a state in which there is no scientific philosophical upbringing and education are bad, selfish people. Among such citizens there may be unselfish people. However, such people are not directly products of upbringing and education, inherent in such a state, for otherwise it would systematically produce such unselfish people as it systematically produces today, say, people who can solve linear equations.)

6. Substantiation of why Fichte was mistaken in addressing his Rech to the Germans. The reasons why the Russian people can become the first real nation in the history of mankind, including the world-historical role played by Russia in the XX century.

Three lessons from the failure of Fichte's project for the upbringing and education of Germans:

3) practical-political (including the fact that the national self-determination of the Russian people does not require either the separation of this people from other peoples of Russia, or the Russification of these peoples).

We hope that both the relevance of the topic of the nation itself, as well as the lecturing and writing qualities of the speaker (and their author is inclined to rate them highly) will make it as easy and even pleasant as possible to get acquainted with the original version of this report, the link to which is attached below.

The report at this link is presented in 2 versions:

The text contains something that did not fit into the oral presentation, although, perhaps, it will be easier to get acquainted with the audio version and, perhaps, you should start with it.

Ctrl Enter
Noticed oshЫbku Highlight text and press. Ctrl + Enter
We are
A great interview with Sergey Lavrov: about Ukraine, Obama and IranWhat you didn't want to know about England
Military Reviewin Yandex News
Military Reviewin Google News
113 comments
Information
Dear reader, to leave comments on the publication, you must sign in.