Echo of the Cuban incident: the Pentagon plans to arm itself with RF weapon sensors 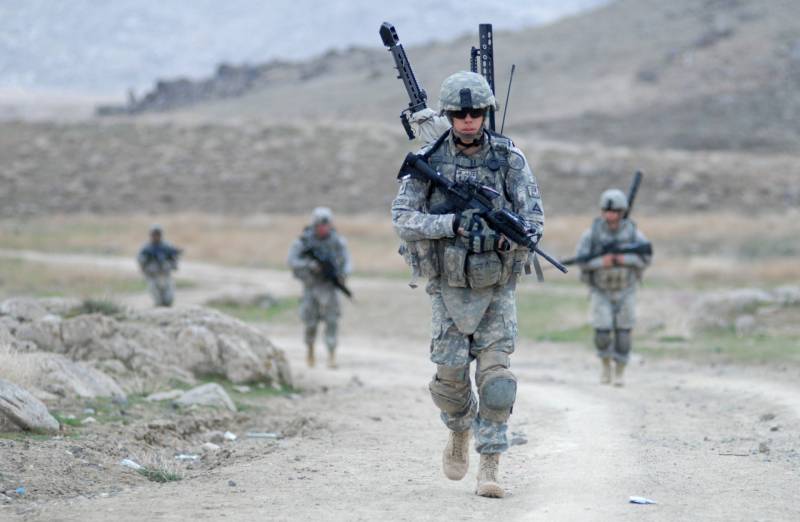 In 2015, American diplomacy resumed relations with Cuba after a fifty-year hiatus.

At first, everything went well. And two-way connections showed signs of life.

However, since the end of 2016, the situation has become seriously complicated.

As a result of an attack by unknown weapons the staff of the American diplomatic mission in Havana showed signs of damage to the central nervous system. At the same time, members of the Canadian diplomatic corps, acting as mediators between Havana and Washington, also fell under the distribution.

In total, according to the Americans, 20 people were injured in one way or another from the unknown attack.

The main symptoms were nausea, dizziness, headaches, impaired hearing and coordination, and insomnia.

The State Department was seriously worried, evacuated the most difficult to the mainland and reminded the Cuban authorities of the responsibility to protect diplomats on their territory.

He even expelled two representatives of the Cuban diplomatic consulate from Washington to excuse himself.

The media then accused Havana of almost terrorist attacks. 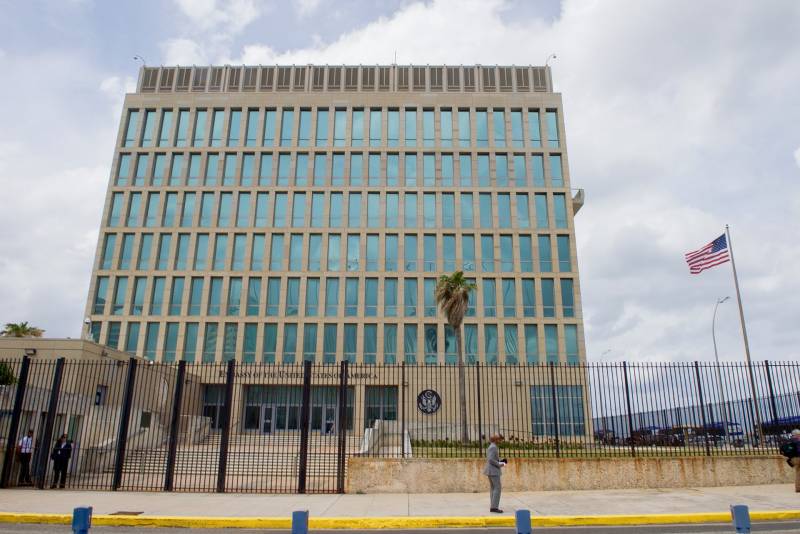 The main version under development was an acoustic attack from the Cuban intelligence services.

Allegedly, similar symptoms can be caused by infrasound with a frequency below 16 Hz. The human ear does not hear such vibrations, but long-term exposure can adversely affect human health.

The most interesting thing is that several years ago the Americans became convinced of the futility of using infrasound as a non-lethal weapon.

First, the generator of such sound waves must be large and located close to the target. Nothing of the kind was observed in the American diplomatic mission.

Secondly, the infrasound from the generator is not sufficiently directed. That is, in the case of use, it is capable of striking the operator.

Certain doubts arose about the relationship between symptoms and the nature of the attack.

Thorough studies of the effect of infrasonic weapons on the human body have not been carried out for obvious reasons. At least, there is no information about such cruel experiments in the open press. All medical data is based either on the study of patients who suffered from industrial accidents or on the results of experiments on animals.

But how much do we know of those affected by infrasound as a result of an emergency?

It is noteworthy how the Cubans scoffed at the accusations. Say, the Americans mistook the chirping of crickets or cicadas for an acoustic weapon.

As a result, the State Department did not have one hundred percent evidence against the Cuban government. And the incident was briefly forgotten.

They remembered it already in connection with high-frequency radiation.

The most powerful emitters work in direct analogy with a household microwave oven and cause thermal burns.

It is very difficult to miss such an attack even with the naked eye. But if a low-energy source of electromagnetic radiation is used, then the symptoms of exposure are not so simple.

The effectiveness of such a weapon depends not only on the radiation density and pulse duration, but also on the signal modulation parameters. Simply put, the operator can adjust the parameters of the microwave emitter, depending on the resonant frequency of a particular organ of the human body.

For example, the heart is most strongly affected by radiation with a frequency of 500 Hz - 915 MHz and a modulation frequency of 2,5-13 MHz.

It is worth remembering that the consequences of prolonged exposure to such a "microwave" have not been studied. And they can manifest themselves depending on the characteristics of the organism. But among the symptoms accepted by the medical community, there are disorders of intracellular metabolism, sudden loss of consciousness, changes in blood clotting, surges in blood pressure, increased heart rate and auditory hallucinations.

Based on such information, US diplomats accused Cuba of using high-frequency weapons in the 2016 attacks. At the same time, again, there is no information in the open press about low-energy devices that can irradiate people at a distance for a long time.

At the same time, the Americans themselves have operating prototypes of mobile microwave ovens since 1997. These are machines of the ADS (Active Denial System) series, designed to disperse the disaffected.

But this seemingly non-lethal weapon can be deadly - high-frequency waves can cause deep burns in just a few seconds.

And this is without taking into account the potential danger of permanently depriving a person of sight. 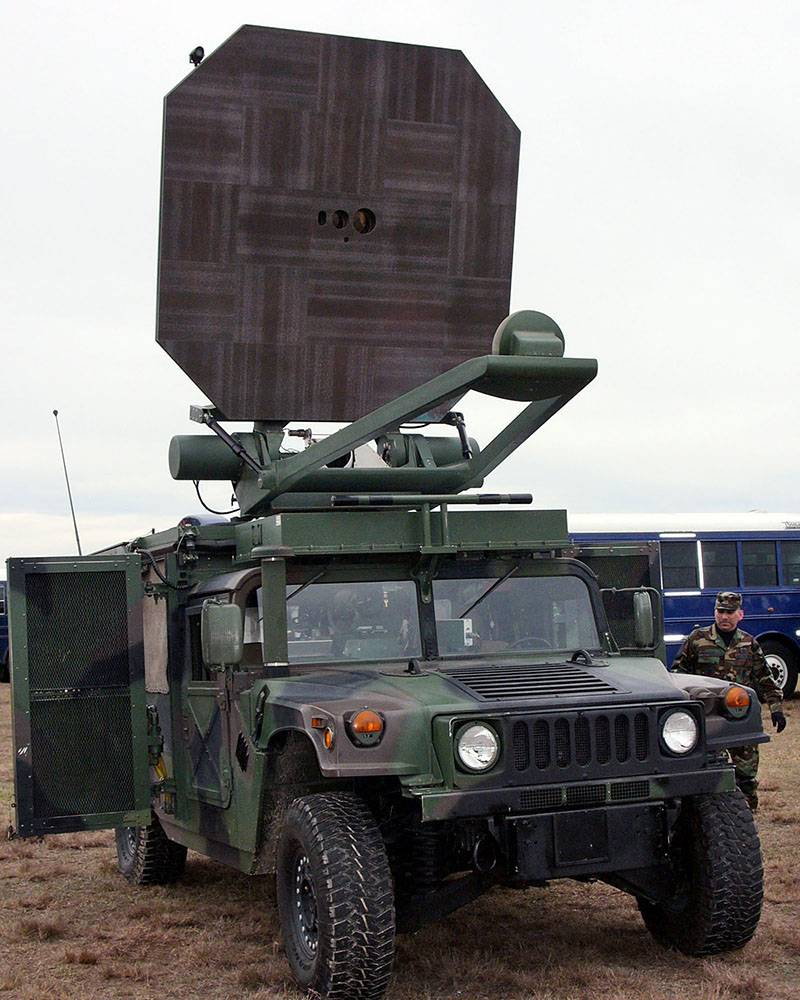 General view of the ADS system I. Source: © flickr.com
The new accusations against Havana did not have much effect. But the military officials from the Pentagon have already made them think.

If not even the most technologically advanced Cuba was able to organize such an attack, then what will happen in the event of a confrontation with a more serious adversary?

For example, with Russia or China?

Paper on the form

A modern warrior carries several kilograms of various equipment, armor and weapons. All this, in the opinion of the military command, can be useful in battle.

And so, at the end of last year, the US Department of Defense's Health Agency (DHA) took the initiative to develop another military gadget - a high-frequency radiation sensor. Given the wide range of symptoms and often dire consequences for the body, it is quite possible to understand the American military.

“This controversial symptomatology is exacerbated by the transient nature of RF energy.

In the absence of a sensor, there is a possibility that there will be no residual evidence of a radio wave attack. "

As the authors of the initiative assure, the soldier can confuse microwave radiation with heatstroke or the influence of an excessively bright sun.

Until the beginning of March, anyone could apply for a tender for the development of a wearable detector. However, the requirements for the device are very strict.

The Health Agency expects to end up with a portable marker that changes color when microwave rays are detected. It shouldn't give false positives. And it will be relatively inexpensive.

As a guideline, the developers are given examples of indicators of chemical contamination of types M8 and M9.

M9 sensors are adhesive tapes that stick to servicemen's clothing and change color when sprayed with toxic substances.

Brown M8 sensors are produced in the form of a booklet containing twenty-five perforated sheets measuring 6,3x10 cm. Actually, this is an ordinary indicator paper, familiar to every school chemistry course, only made at a higher level.

To determine chemical contamination, the fighter must attach a separate M8 sheet to the surface and, by color change, determine the type of OV.

The Pentagon wants to see something similar as a portable microwave radiation sensor.

Without going into the details of the future development, one can only envy how optimistic the employees of the Pentagon Health Agency believe in the technological level of the United States.

From the sea of ​​electromagnetic waves, a sensory piece of paper on the uniform of an American military must select a strictly defined frequency range (dangerous to humans). And in response, instantly change the color.