OPEC +: a counter plan for Russia 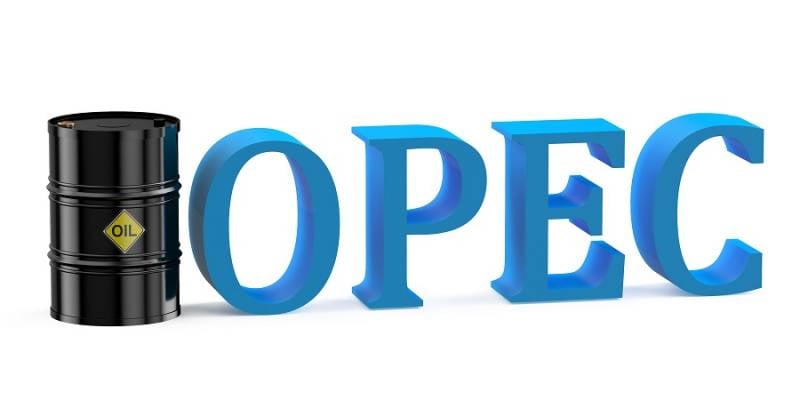 On March 4, the ministers of the countries of the Organization of Petroleum Exporting Countries and the OPEC + participants who joined them decided to postpone the previously planned reduction in quotas for reducing hydrocarbon production for at least a month.

This confirms the desire not to overestimate the continuing rise in oil prices. And this did not come as a big surprise. What happened only shows that the confusion and ferment in OPEC is behind, and the organization again behaves like a real cartel.

Classic cartel conspiracy is just the order of the day. In March 2021, oil prices almost returned to levels that were fixed before the pandemic. However, this was not a reason for the reduction of quotas, which limited the scale of hydrocarbon production in almost all large oil-producing countries.

The cost of one barrel has already passed the $ 70 mark, after which a breakthrough in the direction of $ 100 is no longer a fantasy. Mike Mueller, head of the Asian department of one of the largest international oil traders Vitol group, believes that this is the evidence that OPEC retains leverage on the market.

He has no doubt that

“Stocks will be depleted, and in the second quarter this process (price rise - Ed.) Will accelerate. Hence such a reaction of the market ”.

"Near-maturity contracts are not growing as fast as Asia was hoping for."
But in conditions when reports about the victory over the coronavirus are by no means a matter of the near future, and general vaccination is progressing somehow not very well, no one expected otherwise.

Where is the director?

The next OPEC summit - first a meeting of the monitoring committee, and after it a ministerial meeting, and without that presented the world with many surprises. The main sensation (at least from Moscow) is the reduction of the quota for Russia, already the second this year.

In fact, Russia has been given the exclusive right to increase production by 130 barrels per day in April. This will help meet the growing seasonal demand for oil on the domestic market without reducing its exports. At the same time, many were surprised by the sluggish reaction of the world media to the decision made - as if exceptional indulgences for one separately elected participant in global agreements are absolutely normal practice. 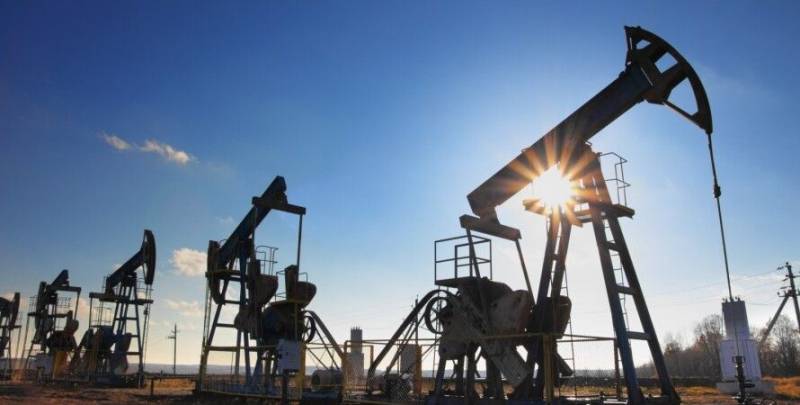 It would seem that the conclusion suggests itself that last year's oil war between Russia and Saudi Arabia was nothing more than a staged performance, which was intended to involve the maximum possible number of participants in the OPEC + deal.

Indeed, in conditions when at least a third of the oil produced in the world remained outside of control, it itself became, if not meaningless, then at least insufficiently effective.

Russia received from OPEC a somewhat unexpected, at first glance, but, most likely, previously agreed reduction of the restrictive quota. Evil tongues in social networks and the tabloid press are already reiterating that Saudi Arabia is now paying almost personally to Putin for the fact that he “gave the command” to go all-in on time.

Of course, it is unlikely that last year's confrontation between the two largest oil powers was really orchestrated. However, the fact that the Saudis now have to thank the Russians for saving Saudi Aramco is actually quite a reasonable conclusion. And for a reason, one of the reasons for the latest wave of price increases was the message that Saudi Arabia repulsed another drone attack on its terminals. 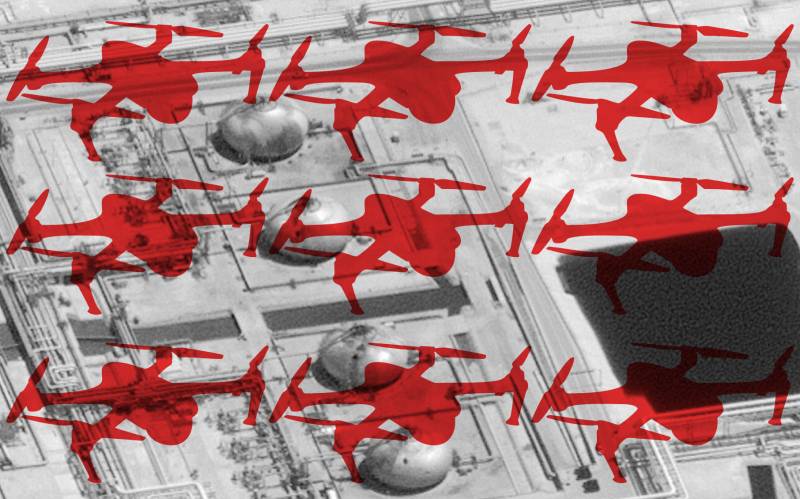 Loyalty is not for sale?

Another thing is that by saving a competitor and a direct adversary in the oil wars, the Russians, in fact, saved their own oil industry. And the Russians did not have to sit in the trenches for a long time, and surrender the markets to competitors, and close too many wells.

And even the United States managed to pull up to OPEC +, although the influence of President Donald Trump on the American oil industry (on the private - on almost all 100) was very, very indirect. Democrats shouldn't flatter themselves about this - neither does Joe Biden.

Along with the United States, as you know, there was a certain pacification of outcasts, like Venezuela, Iraq and especially Iran, who not only signed up for the reduction of legal quotas, but also agreed to allow more thorough international control over their implementation.

As you know, it was about suppressing large illegal, including just pirate, sales of oil and oil products from these countries. In addition, with the light hand of Donald Trump, better known as the destroyer of all treaties and deals, "connection" to OPEC + Mexico.

Mexican supplies largely ensured an enviably low level of gasoline prices in the United States, freeing the federal treasury from the need to subsidize them in full. In addition, it was Mexico, although together with the same Venezuela, that was something like the last bastion in that fortress, which for many years was built by a supporter of a completely free market for hydrocarbons.

Now we can simply forget about the last hints of oil and gas freedom, which is very (we admit) risky. However, all these topics, as can be seen from the publications after the March rally of pioneers and pensioners from OPEC, are no longer too enthralling for the sofa "oil and gas analysts."

But despite the relative silence in the media, there are a number of experts who are convinced that OPEC and its allies on March 4 really shocked the market. It is difficult to agree, though, that the market was really asleep and saw when the cartel would start lifting the limits to meet the growing demand.

After the price shock a year ago, which was reflected in the oil war with Saudi Arabia and Russia, OPEC, together with its partners, introduced such restrictions on the volume of production that were not in stories... As we can see, this helped bring prices back to the level before the pandemic.

How to assess the current decision to maintain production restrictions?

It seems that either as an attempt to achieve depletion of reserves due to a shortage of supply. Or as a sober assessment of the dubious prospects for an increase in demand.

The oil cartel, judging by the results of the March meeting, seems to have little faith in the fact that the economic recession is really coming to an end. And the indulgence for Russia may simply be a response to its concern that maintaining quotas would give competitors an edge by allowing them to grab market share.

Interestingly, the competitors are not unknown pirates, not quietly dumping Venezuela, not Iran with Iraq, but American shale companies, which (sorry for repeating) neither Trump nor Biden. 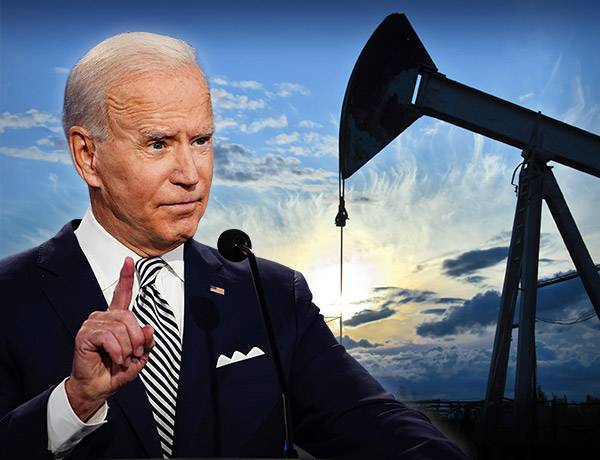 And although there are great doubts that shale producers are, in general, now capable of increasing production, it was decided to calm the Russians down. Moreover, Russia (according to unconfirmed reports) received some assurances that the excess oil produced, most likely, will not be thrown out to the external market.

It seems that Moscow could thus make it clear that they are seriously concerned about the upward trend in domestic gasoline prices and are ready to maneuver exports and supplies to their refineries, and then to gas stations.

At the same time, OPEC did not begin to oppose Russia with reminders that the number of drilling rigs currently in operation in the United States is clearly not enough to produce 13 million barrels of oil per day, as it was in 2019.

However, it is high time to return to the assessments of the situation made by the representative of the Vitol group.

“Long-term growth in demand in China has not yet reached full strength.

China will steadily increase its demand for fossil fuels. ”
So the reduction of the restrictive OPEC + quotas is no longer only for Russia - it's only a matter of time.