The General Staff of the Russian Armed Forces is preparing for possible provocations of the Armed Forces of Ukraine in the Crimean direction and in the Donbass. Significant mission of Tu-204ON 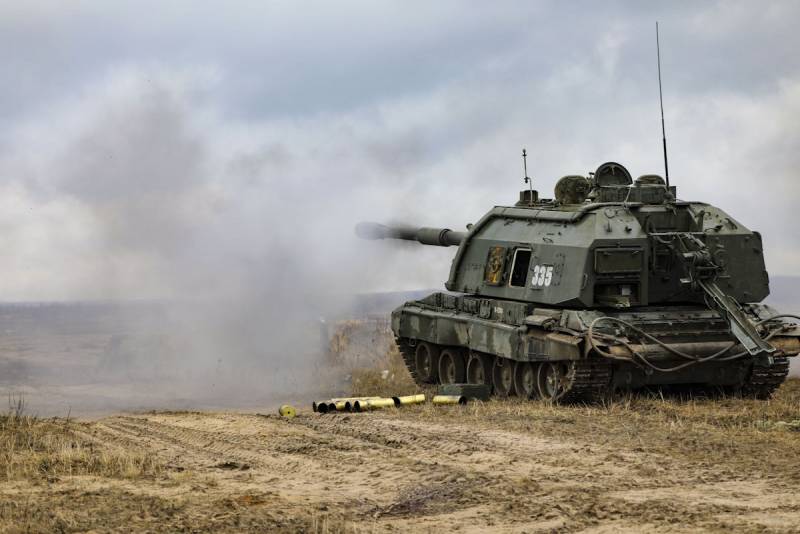 As the first week of March 2021 showed, against the background of the previously predicted provision by the current administration of the 46th President of the United States, Joe Biden and the Pentagon, with carte blanche for the implementation of an escalation scenario by Kiev in all operational directions of the Donbass theater of operations, as well as in the light of the hasty transfer and deployment of regular units of the Ukrainian armies near the line of contact in Donbass and on the northern approaches to the Republic of Crimea of ​​missile divisions of OTRK 9K79-1 "Tochka" and batteries of cannon and rocket artillery, the General Staff of the Russian Armed Forces in general and the command of the Aerospace Forces in particular have begun to work out a number of countermeasures of an operational and strategic nature, aimed to promptly stop the threat that has arisen.

The range of tasks for the "peaceful" Tu-204ON is expanding. From arms monitoring under the Open Skies Treaty to strategic reconnaissance in the Azov-Black Sea theater of operations

In particular, the interesting mission of the Tu-204ON optical-electronic surveillance aircraft, the route of which was recorded by the online monitoring portal of the regional and global air traffic "Flightradar24" on the morning of March 4th.

Tearing off the runway of the Taganrog-Tsentralny airbase at about 8:45 am, the car headed for the Republic of Crimea, following over the littoral zone of the northwestern coast of the Krasnodar Territory (washed by the Sea of ​​Azov), and then filigreely repeating the contours of the coastlines of the Crimean and Taman peninsulas (up to Novorossiysk).

According to the official version announced to RIA journalists News As a competent source in the Russian defense department, the main points in the list of tasks for a 2,5-hour Tu-204ON flight, carried out at an altitude of 2964 m at a speed of 546 km / h, were:

- secondly, an assessment of the ability of the network-centric layered air defense-missile defense system, erected over the Republic of Crimea and the Krasnodar Territory, to take bearings and accompany enemy air attack weapons in passive radar mode.

Obviously, the last point provided for an assessment of the ability of ground multi-band complexes of executive electronic intelligence of types 1L222M "Avtobaza-M", "Vega", "Orion" and "Valeria" in the passive mode to detect conventional air targets of the enemy (by the radiation of their onboard radars or radio communication stations / exchange of tactical information, radio altimeters of active radar seeker, etc.), to "tie" their routes, and then issue target designation to anti-aircraft missile divisions / regiments S-300V4, S-350 "Vityaz" and "Buk-M3" , which are capable of intercepting enemy air targets even without using their own target designation / guidance radars (9S32M4, 50N6A and 9S36). This is achieved through the use of anti-aircraft guided missiles 9M82MV, 9M96E / DM and 9M317MA with active radar seeker, capable of receiving direct target designation from third-party radar / radio reconnaissance means.

As a conditional target, in this case, the Tu-204ON was used, which has a mass of radio-emitting complexes in the avionics architecture.

Thus, in the context of high-intensity hostilities in the Azov-Black Sea theater of operations (in the case of Kiev's support from the NATO Joint Armed Forces), the above air defense systems will be able to intercept enemy air attack weapons without revealing their own location for interferometric phased antenna arrays of on-board radio intelligence systems 55000 AEELS and high-precision RTR complexes of directional action CS-2010 "Hawk", integrated into avionics of strategic radio-technical reconnaissance aircraft RC-135V / W Block 8 "Rivet Joint" (which literally daily patrol along our southern air lines).

As for the analysis of the level of concealment of the above combat units of our ground military equipment in positions, here it was about the effectiveness of its concealment from the SYERS-2B / C onboard turret multispectral optoelectronic complexes installed on the UAVs of strategic radar and optoelectronic reconnaissance RQ- 4B Block 40.

The most piquant and revealing moment is the coincidence of the Tu-204ON air mission with the Global Hawk reconnaissance flight near the southern air lines of Crimea.

Obviously, the main task of the operators of optoelectronic complexes and aerial cameras (DAC-F and longer-focus optoelectronic devices of higher magnification / zoom), placed on board the Tu-204ON and previously used for arms control under the Open Skies Treaty, was to ensure ideal concealment from the Global Hawk optoelectronic means of the equipment positions of those artillery and missile subunits of the Russian Army, which were hastily "mirror-like" redeployed closer to the border with the Kherson region to apply a powerful counter-battery "response" to the firing positions of the Armed Forces of Ukraine in the event of provocations from sides of Kiev on the Russian-Ukrainian border.

Moreover, during the operation on the Yeysk - Dzhankoy section of the route, the Tu-204ON onboard optoelectronic systems could also provide operators and the Russian Aerospace Forces command with a wide range of information regarding how the formation of an offensive armored fist carried out by the 36th separate brigade of the Ukrainian Armed Forces of the Marine Corps »On Novoazovskiy ON near Mariupol, and Ukrainian mechanized units being transferred to the northern border of the Republic of Crimea.

Ctrl Enter
Noticed oshЫbku Highlight text and press. Ctrl + Enter
We are
A proper response to the delivery of Kiev ATGM FGM-148. Complexes "Svir" will be able to stop the upcoming offensive of the Armed Forces in the DonbassChronology of "Minsk 2.0": the Armed Forces of Ukraine are preparing a "breakthrough"
Military Reviewin Yandex News
Military Reviewin Google News
185 comments
Information
Dear reader, to leave comments on the publication, you must sign in.