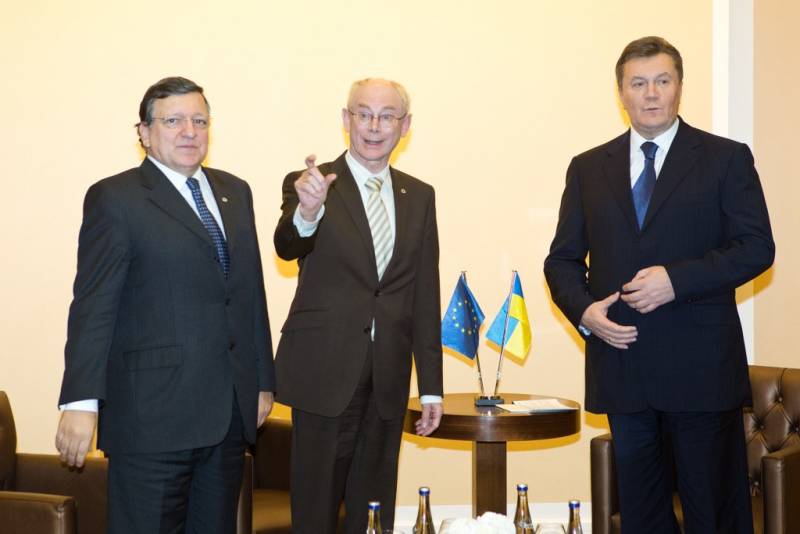 Many laughed merrily at the treaty on the "Euroassociation" of Ukraine. Some were outraged by the vile and disgusting behavior of Herr Steinmeier, who signed a document with Yanukovych and representatives of the opposition, which was literally torn up in the morning and covered in blood. To most, it seemed wild, strange and absurd. And yet there is nothing "wild and strange" here and cannot be. Everything is simple, logical and understandable.


In principle, in the commercial sphere, absolutely the same “rules of the game” apply: a contract for the supply of equipment signed with a German concern is usually not worth the paper on which it is printed.

"Export restrictions".
That is, already initially, a certain condition is laid down in the contract, according to which the same paid the equipment will not be supplied to you on a completely legal basis.

At the same time, the problems that you will have because of this are only and exclusively your problems, no one will compensate, reimburse or apologize for anything.

From the very beginning, they are, as it were, right by definition, and you are not. This is the kind of "cooperation", a kind of "game of Russian roulette": you pay money

"Reliable German partner",
and then you either get the equipment or you don't.

Everything is strictly according to Ostap Bender.

But there is nothing new, unusual, absurd here: as you know, at one time the Dutch bought the island of Manhattan from the Indians quite cheaply (in exchange for beads). And this is also not a reason for irony: this is how white people are used to

"Do business with the natives."
At one time we used to like to ask the question:

"How did the West get rich?"
As if at the same time hinting that it is not at all accidental.

So, this is really no coincidence.

In short, it is called

All riddles have their own answers. Sometimes completely unexpected.

Our beloved "civilized Europeans" have for centuries been accustomed to robbing the natives, sometimes directly, sometimes concluding "mutually beneficial agreements" with them.

This is the real reason for their economic well-being. And we must understand that they can no longer “live differently” (“on their own”) in principle. Because they have already fully evolved. And it is no longer possible to play back this process. That is why they are so active in the international arena: this is their bread and butter. This is the source of their well-being.

And the agreement with Ukraine is sensible and logical

"An honest treaty with the Indians."
And there is nothing to be surprised at, they concluded such "agreements" throughout their entire stories... Hence the well-being.

No, of course, the Dutch could trade with the British ... But what's the point? A fair XNUMX% return? And when, my dear you, will you “get rich” on such “profits”?

Colonial Europe (Spain, Holland, Portugal, France, Britain) rose precisely on the plundering of the natives. I understand, it is trite to the teeth. But it was this very robbery of colonies from the Aztecs / Incas, gold / silver of America, gold / blacks / ivory of Africa to the sale of British textiles to the Indians (at gunpoint) and the same sale of opium to the Chinese (at gunpoint!) Provided the material resources for the rise Europe in the New and Modern Times.

This is exactly what the Europeans like to refer to, and not some "charter of liberty". Steel screw steamers and magazine rifles in the second half of the XIX century made the dominance of Western Europe overwhelming.

"Ours had machine guns, bring the scores with the machine gun ..."
This is exactly about the achievement of material superiority through the dissemination of the ideas of "habeas corpus". At the barrel of the Maxim machine gun. 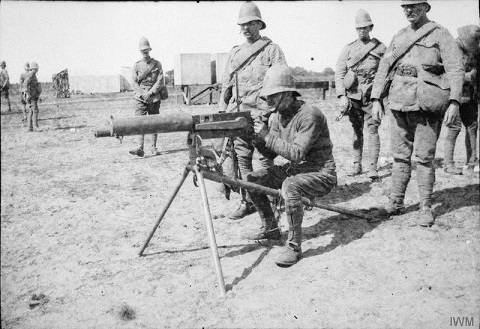 By the way, this is where Europeans' persistent hatred of Russia comes from: it did not allow itself to be “colonized”. And only this form of interaction with the world around them is perceived by Europeans.

And these are not mere words: look at the modern Baltics (if the word “modern” can be applied to it). So, the complete absence of production in general of something resembling an economy, plus a complete political dependence on the "metropolis".

Only this way and nothing else: they have it at the level of instinct. And they cannot do it any other way. They simply cannot do otherwise.

And to a typical Ukrainian "question-statement":

"Well, do the French and Germans live normally?"
- you can answer very simply: that's why they live normally (and will live!) Because over the centuries they have become accustomed to colonizing people like you.

Ctrl Enter
Noticed oshЫbku Highlight text and press. Ctrl + Enter
We are
A great interview with Sergey Lavrov: about Ukraine, Obama and IranWhat you didn't want to know about England
Military Reviewin Yandex News
Military Reviewin Google News
171 comment
Information
Dear reader, to leave comments on the publication, you must sign in.