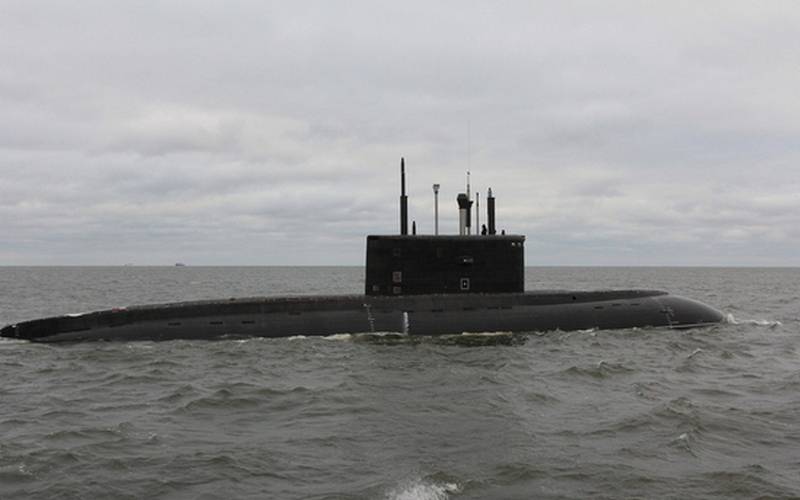 
The Russian submarine is on the surface, accompanied by the rescue tug "Professor Nikolai Muru". In the area of ​​the North Sea and the English Channel, the submarine was under constant surveillance by the British patrol ship HMS Mersey, along the Portuguese coast to the strait, the US Navy P-8A Poseidon anti-submarine patrol aircraft followed the Russian submarine.

The military department does not say where Rostov-on-Don is going, however, the most likely option is to return the submarine to combat duty to the Syrian coast after the scheduled repairs carried out in Kronstadt, to which the diesel-electric submarine was sent last summer. The submarine is part of the permanent group of the Russian Navy in the Mediterranean Sea.

Armed with 533-mm torpedoes and cruise missiles "Caliber".
Ctrl Enter
Noticed oshЫbku Highlight text and press. Ctrl + Enter
We are
At the British HMS Mersey reported on the observation and escort of ships of the Russian NavyThe tests of the rescue ship "Professor Nikolai Muru" have been completed
Military Reviewin Yandex News
Military Reviewin Google News
37 comments
Information
Dear reader, to leave comments on the publication, you must sign in.