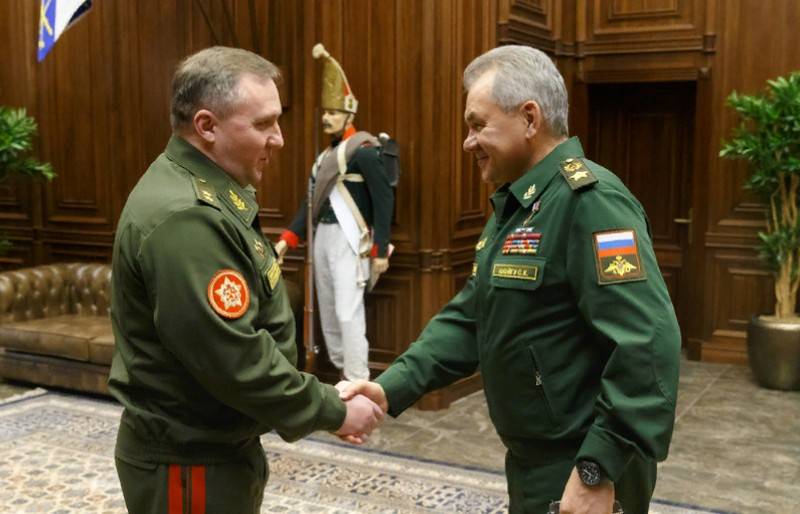 Russia and Belarus will create three training centers for joint training of military personnel. This was reported by the press service of the Russian Defense Ministry.


On Friday, talks were held in Moscow between the defense ministers of the two countries, Sergei Shoigu and Viktor Khrenin, which resulted in the signing of documents on the creation of three training centers for the joint training of military personnel. According to the agreements, two centers will be deployed on Russian territory, and one more in Belarus.

In addition, the defense ministers discussed several other important topics, including the holding of joint military exercises on the territory of both countries, including West 2021. Shoigu and Khrenin paid special attention to the issue of organizing the air defense of Russia and Belarus.

Also, the Ministry of Defense of Belarus confirmed its participation in the next international military games "Army-2021", which is organized annually by Russia, and announced its readiness to host three competitions on its territory.
Ctrl Enter
Noticed oshЫbku Highlight text and press. Ctrl + Enter
We are
List of CIA-funded Russian public organizationsRussia is taken to the Golden Billion
Military Reviewin Yandex News
Military Reviewin Google News
63 comments
Information
Dear reader, to leave comments on the publication, you must sign in.